More Of Our Coal Mining Heritage On A Cold January Hike

January 4, 2016 / fskokoski@gmail.com / Comments Off on More Of Our Coal Mining Heritage On A Cold January Hike

More Of Our Coal Mining Heritage On A Cold January Hike 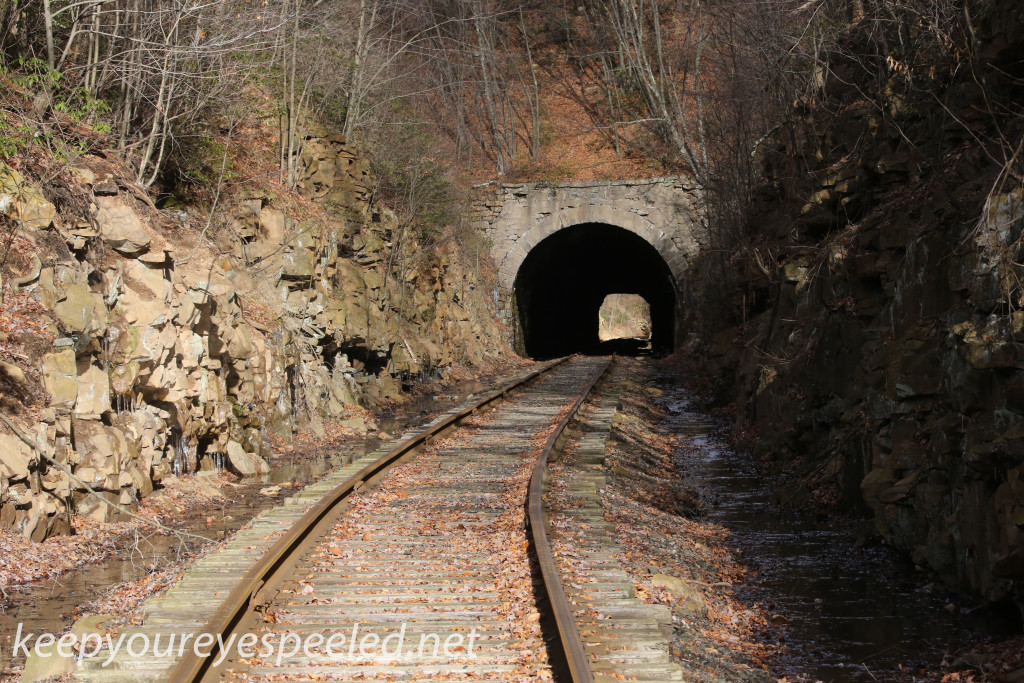 It started out sunny today yesterday  in Northeastern Pennsylvania.  I once again drove out to the former mining patch town   of Hazle Brook. The sunshine didn’t last long. 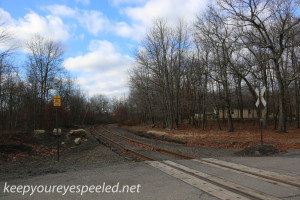 Clouds were already moving in as I walked north on the railroad tracks to the famous tunnel. I am not sure what it’s official name is but it has been called the Jeddo, Hazle Brook and Council Ridge tunnel.   (The red highlighted words lead to links with additional information). I do know it was a remarkable feat of engineering when it was built in the 1850’s. 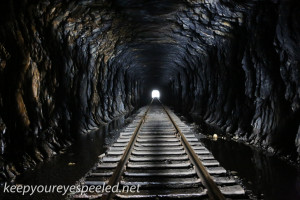 I came back in hopes of photographing icicles hanging from the roof of the tunnels. Some local folks tell me they very large and look  spectacular. Only a few smaller ones have formed since the weather turned cold. Here is a link to some more photographs of this famous tunnel. https://keepyoureyespeeled.net/photographs-page-2/nggallery/photographs-page-two-blog/hazle-brook-jeddo-council-ridge-tunnel-january-3-2016 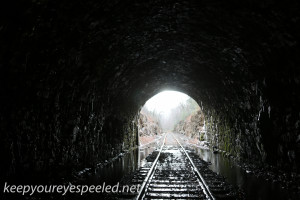 I walked back to the remains of the old D. S. & S. railroad  that crossed the old Hazleton Lehigh railroad that ran through the tunnel.  As I related in earlier posts, this railroad was built by the Coxe brothers to transport coal from the many mines they owned in the Hazleton area. 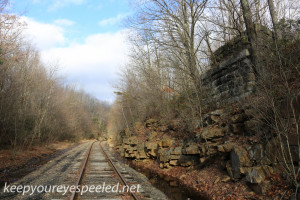 This spur has  long been abandoned and has became overgrown with thick brush and briars. I followed the right of way for about a quarter mile but lost it in the undergrowth. 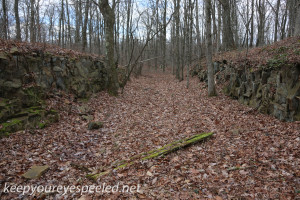 I hiked back down to the railroad tracks and onto the other side of the patch town to an area that has been heavily strip mined. 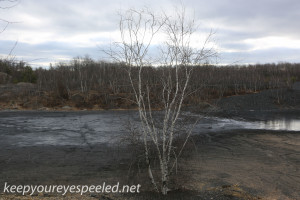 To some folks these strip mines may seem ugly and desolated, and they are, but they bring back many wonderful memories to me. I grew up near such strip mines, most of which have now been reclaimed,  and I would spend many days with friends exploring the culm banks, coal silt, open pits and ponds. We played hockey on the ponds in the winter, football in the coal silt in the summer and looked for mushrooms under the new growth of birch, aspen and pine in the fall. I couldn’t help but wonder how much fun the children growing up in Hazle Brook had exploring their strip mines. 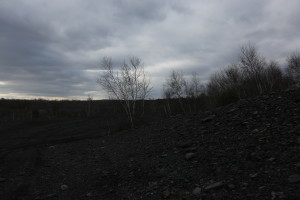 I was walking out an old mining path when I encountered a couple of local brothers. We had a pleasant conversation about the area and they sent me in the direction of the old D. S. & S. again. 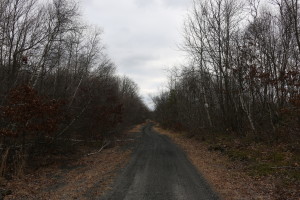 After crawling my way upward through some thick brush I found the right of way and a much clearer path that wound along the old railroad and it followed the side of the mountain. It was hard to imagine a train loaded with coal cars winding it’s way through this now isolated woods. 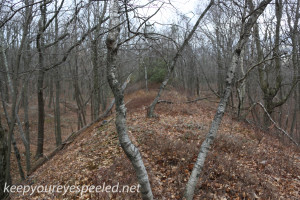 I found this iron relic from the past. I think it may have been a hoop from an old wooden barrel. 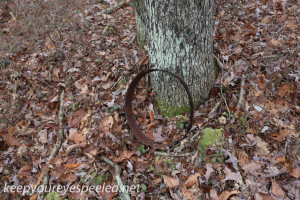 I followed the right of way a bit and then headed back to where I had lost it on my first attempt. I decided to head straight down the mountain and made my way  through thick briars,  mountain laurel and small brush. I came to this pond which I am sure provided some locals with many hours of fun, catching frogs and tadpoles, swimming, playing hockey in the Winter or just sitting around a campfire. I know that’s what my friends and I would have been doing here. 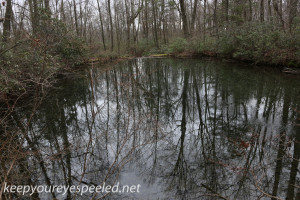 I made my way back to the jeep, under a  now gray, cold and cloudy sky but having enjoyed exploring another part of my areas coal mining heritage. Here is a link to some more photographs I took on my hike yesterday near Hazle Brook. https://keepyoureyespeeled.net/photographs-page-2/nggallery/photographs-page-two-blog/hazle-brook-d-s-s-railroad-hike-january-3-2016 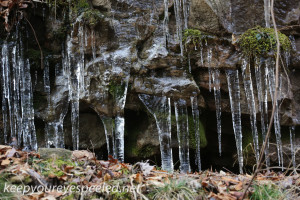 .  “The study of the past is the main portal through which culture is acquired.”
― Joseph Epstein