A Dreary, Cold And Uneventful December Hike In The Susquehanna Wetlands And River Lands.

December 20, 2021 / fskokoski@gmail.com / Comments Off on A Dreary, Cold And Uneventful December Hike In The Susquehanna Wetlands And River Lands.

A Dreary, Cold And Uneventful December Hike In The Susquehanna Wetlands And River Lands. 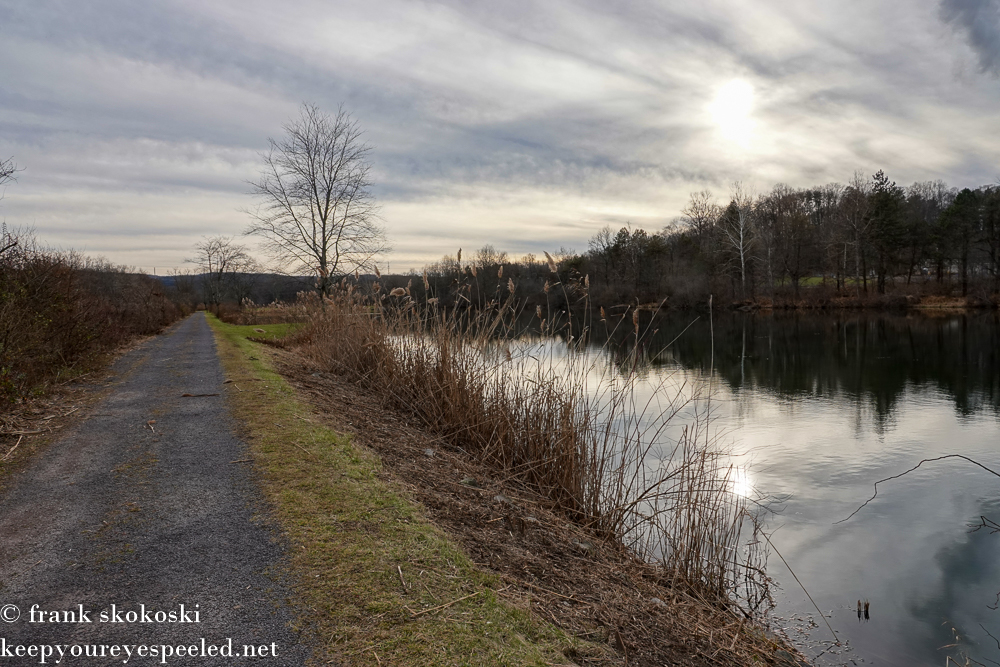 I changed my routine last  week and hiked in the Susquehanna Wetlands and River Lands on Friday afternoon. (I usually hike here on the weekend.  And I usually  refer to this nature preserve as the wetlands but it also includes both the nature preserve, the wetlands, and a park with a lake and picnic areas, the river lands, I just wanted to clear that up since I’ve been getting a lot of questions about  the difference).  So on Friday I decided to do my grocery shopping at the Weis Supermarket  in Berwick. The Weis Supermarket near my home in Hazle Township had a devastating fire a few weeks ago.  It will be closed for a few months.   I have shopped at this  Weis for 20 years now and didn’t want to change stores.  Berwick  is just a few miles from the wetlands and river lands located in Salem Township in Luzerne County and so after shopping I drove to the wetlands.     . 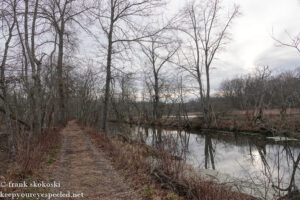 When I left my home in Hazle Township, about 20 miles away, it was sunny and 50 degrees. The wetlands and river lands are at a lower elevation and are usually warmer than my home on a mountain ridge. Well not on Friday. It was overcast and bleak when I arrived . It was  a  chilly 44 degrees with a raw westerly wind blowing off the  Susquehanna River. I only had a thin hoody and shorts on. No hat or gloves. I was cold.

Despite the cold,  and my not bring prepared for it, I still did my usual five mile hike.  As I observed in my blog post from  on  my hikes in Community Park near my home this week, almost all of the trees have lost their leaves. The few remaining leaves that clung to the oak and beech trees were  brown, as were all of the fallen leaves that now litter the trails.  The trunks and branches of the naked trees were gray, making for a bleak and somber  wintery landscape. 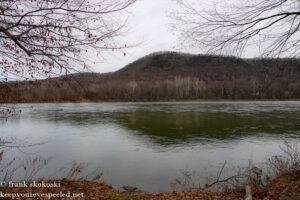 The grasses in the swamps were also withered and brown.  It is a mostly gray and brown world down here  now. Gone are the colors of spring, summer and fall..

However, like at Community Park there was some colors to be seen along the trails on this dreary December afternoon. . The bright  red common winterberries provided splashes of red color in the wetlands.

And the appropriately named Christmas ferns, 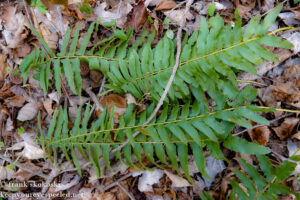 and intermediate ferns added some greens to brown leaves that littered the ground. 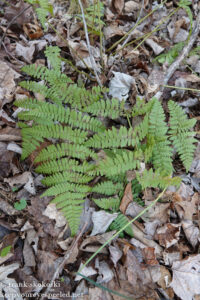 There were also some hardy plants still growing down here in the lower elevations of the  the wetlands adding a little more green to the landscape including the hardy garlic mustards. , 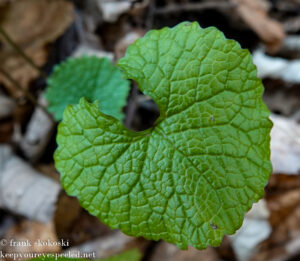 the dame’s rocket and 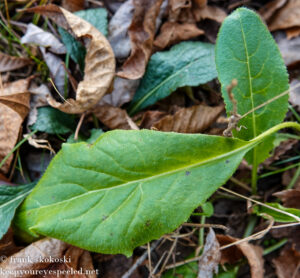 native longstyle sweetroot.  These plants are hardy but eventually will  stop growing, in most years, when the frigid   temperatures of January and February arrive. However, they may reappear in any prolonged warm spell in the winter months. 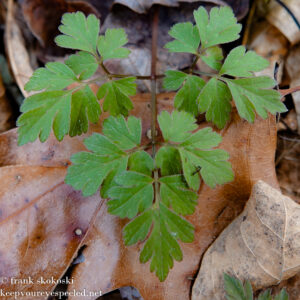 Growing along the trail, and providing some more green color through most of the winter are the leaves of the Japanese honeysuckle vines.

The only other colors I saw on this dreary hike were the dried  dull red staghorn sumac flowers. These will provide food for the birds and wildlife in coming cold. 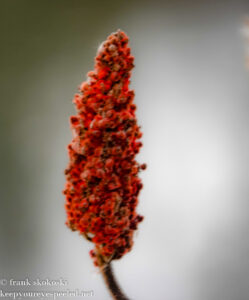 It was quiet again in the wetlands. The playful river otters weren’t around and  I didn’t hear or see a bird or  other critter until I came to the area where the trees are covered in poison ivy vines. Here I again saw a few birds enjoying the poison ivy berries.  There were  a couple of woodpeckers, this downy woodpecker and 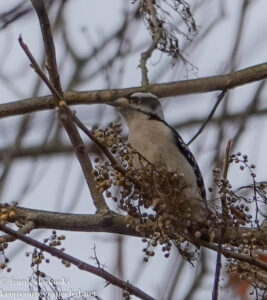 a couple of song sparrows in the brush near the ground. I heard a few other birds, I think a winter wren and a gold-crowned kinglet but I was to cold to stand around and wait for them to get into camera range. 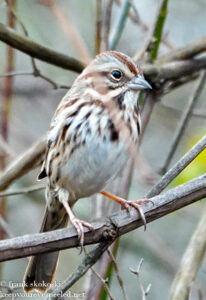 I walked back down to the Susquehanna River hoping to see some water fowl or maybe an eagle, but I didn’t,

and then made my way into the river lands. There were no water fowl on Lake Took-A While. Not a creature was stirring not even a squirrel or chipmunk.

It was late afternoon now, and it was dreary and bleak and I was cold,  not being properly dressed.

It wasn’t a pleasant walk because I  was shivering. However, it was  a reflective year end  walk. 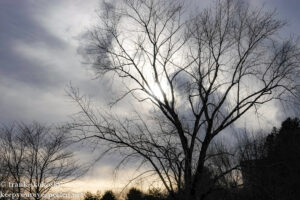 The bare branches,  clouds and quiet make one have to reflect on things, well I do anyway. In my younger days I would have been hiking in the woodlands and mountain ridges  near my home in Hazle Township, and, on  most days like this,  I would have built a fire  to keep me warm. Most of those woodlands near my hoke are gone now, replaced with  industrial parks and housing developments. I miss them  so much, they were my sanctuary. . But I am very grateful I found the Susquehanna wetlands and river lands.

They have provided me with a new  refugee  and sanctuary to enjoy the beauty of nature, even on a bleak December day like this.  Here is a link to a gallery with more photographs from my hike in the wetlands. Susquehanna Wetlands December 17 2021. 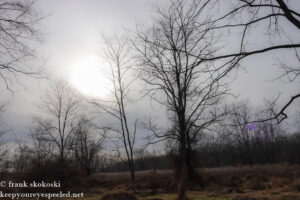