An Afternoon Hike And A Peaceful Evening At Bald Eagle State Park.

May 20, 2020 / fskokoski@gmail.com / Comments Off on An Afternoon Hike And A Peaceful Evening At Bald Eagle State Park.

An Afternoon Hike And A Peaceful Evening At Bald Eagle State Park. 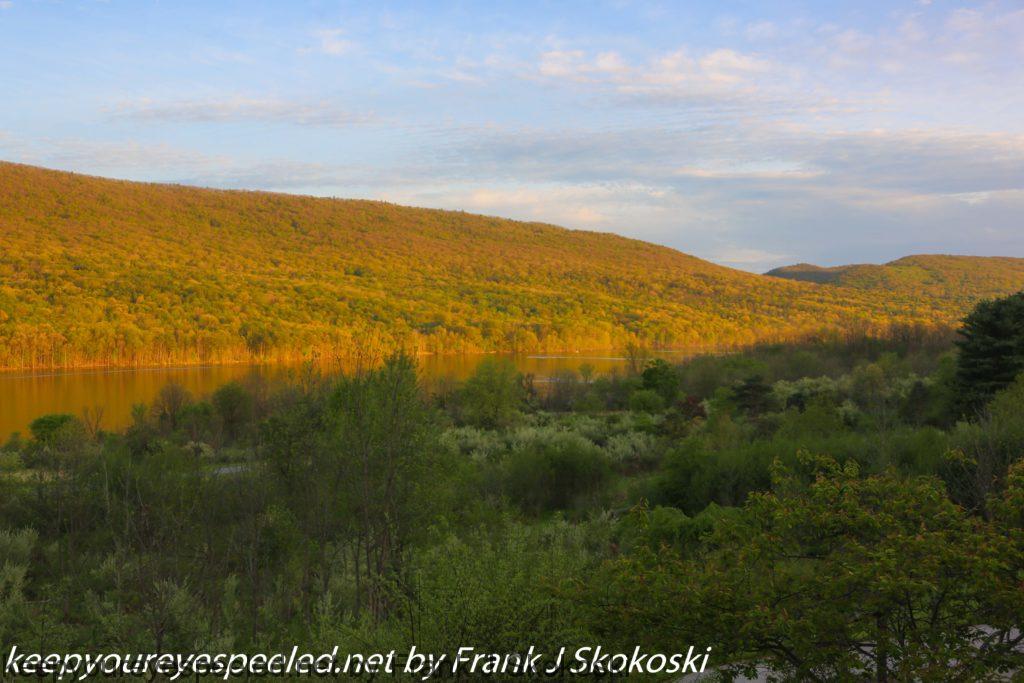 After a hearty breakfast,  delivered to  my room because of the corona virus restrictions, I edited some photos and spent the rest of the afternoon at Bald Eagle State park  exploring the grounds around the Nature Inn. I also relaxed and  enjoyed  the views of the  mountains and lake from my balcony. In my younger years I would have spent the afternoon hiking but I had already hiked 5 1/2 miles in the morning and I needed a rest. But my hiking  wasn’t  over. I was ready for another hike late in the afternoon. 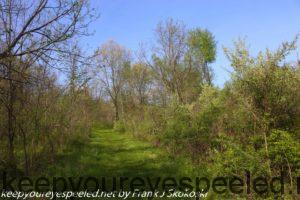 I walked down from the Inn and followed  the Butterfly Trail again. This time eastward toward the Skyline Drive Trail. It was sunny and the temperatures were  the 70’s. Perfect weather for a Spring walk. The surrounding woods were again filled with the singing of birds. I saw this indigo bunting and 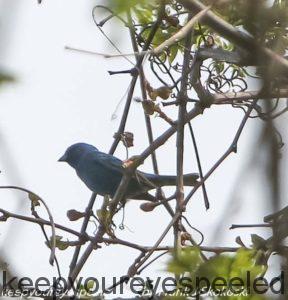 this goldfinch perched in the tree tops. 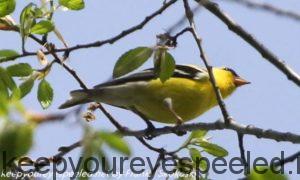 I hiked the Butterfly Trail to its end at the access road to the Nature Inn. I then  followed the paved road back about a quarter mile until I was able to access the Woapalanne Trail.   Along the paved road I saw  ( I think)  this wood  thrush perched on a tree limb. 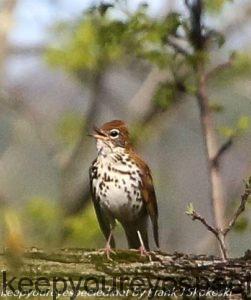 I  walked down to the Woapalanne trail that followed the shore of the lake. It followed a water or sewer line and was not the best hiking trail . However I was glad I took this trail since I was able to see, and photograph this pretty Canada warbler. 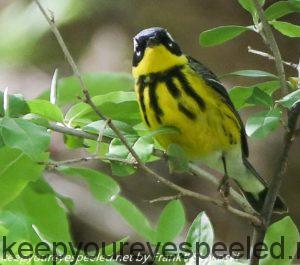 At first I thought it was  eastern towhee thrashing in the underbrush> Then I noticed the unmistakable marking on its belly and I knew it was a Canada warbler. 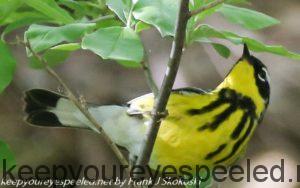 Most  of the trail had brush and trees growing between the trail and the lake.  But at times times there were clearings  with nice views of the lake. 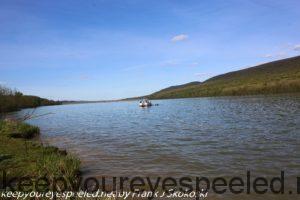 I had hoped to see some water birds but I think the heavy boat traffic may have scared them off.  I now realized  an early morning walk along the trail would probably be more productive for seeing any water fowl. 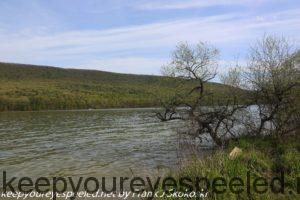 I decided to leave the Woapalanne Trail  and made my way back to the Butterfly Trail. First, I stopped  to read this informative placard about the water birds that live  near the lake. 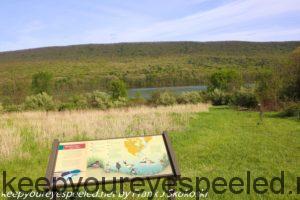 Once I was back in the open  meadows surrounding the Butterfly Trail I found many plants including  some  common mullein plants,  growing along the path. Their follows will attract butterflies in late summer. 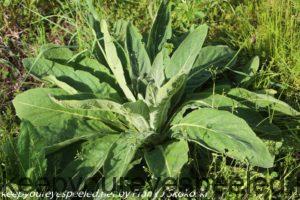 This tree I came across is one for tree huggers.  They are poison ivy vines entwining the tree. 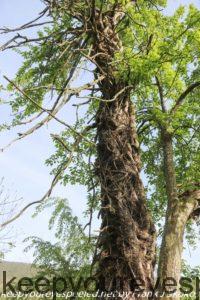 On the trail  I saw, and heard many birds in the trees but, it was one of those days when they didn’t like to be photographed.   A few came  close enough to be  photographed,  such as this common yellowthroat, 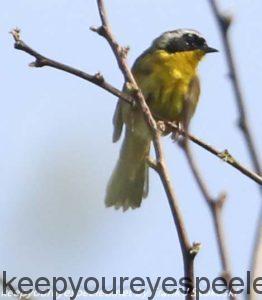 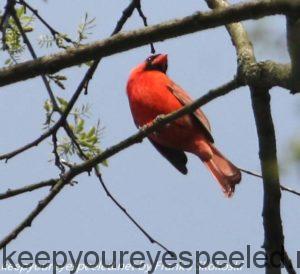 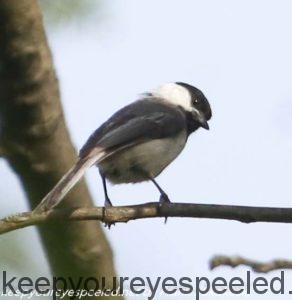 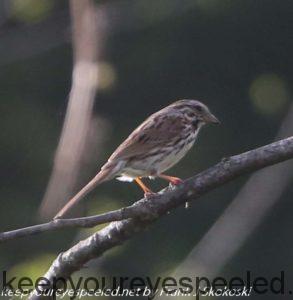 and this brown thrasher. 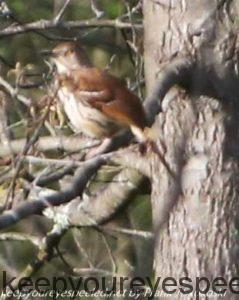 I hoped to see some wildlife activity at the Frog Pond , as it was now early evening, but there was nothing to be seen or heard except the red-winged blackbirds. I made my way back up the Butterfly trail and back to the Nature Inn. 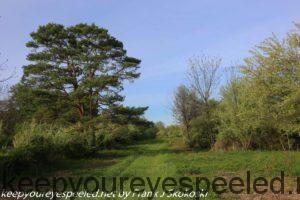 I had walked another 3 1/2 miles and I was hungry and tired.  For dinner I finished the rest of my Brothers Pizza eggplant parmesan and pasta left over from the night before. I was stuffed again. I spent the rest of the evening relaxing on the balcony of my room , watching the shadows grow on Bald Eagle Mountain as the sun set in the west. It was a good day and I am glad I stayed the extra night.  Here is a link to a gallery with more photographs from my afternoon hike at Bald Eagle State Park.  Bald Eagle State Park afternoon hike May  16 2020. 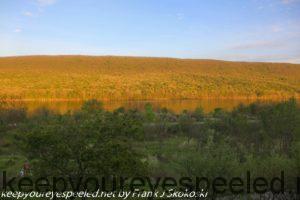 “The more civilized man becomes, the more he needs and craves a great background of forest wildness, to which he may return like a contrite prodigal from the husks of an artificial life.”- Ellen Burns Sherman