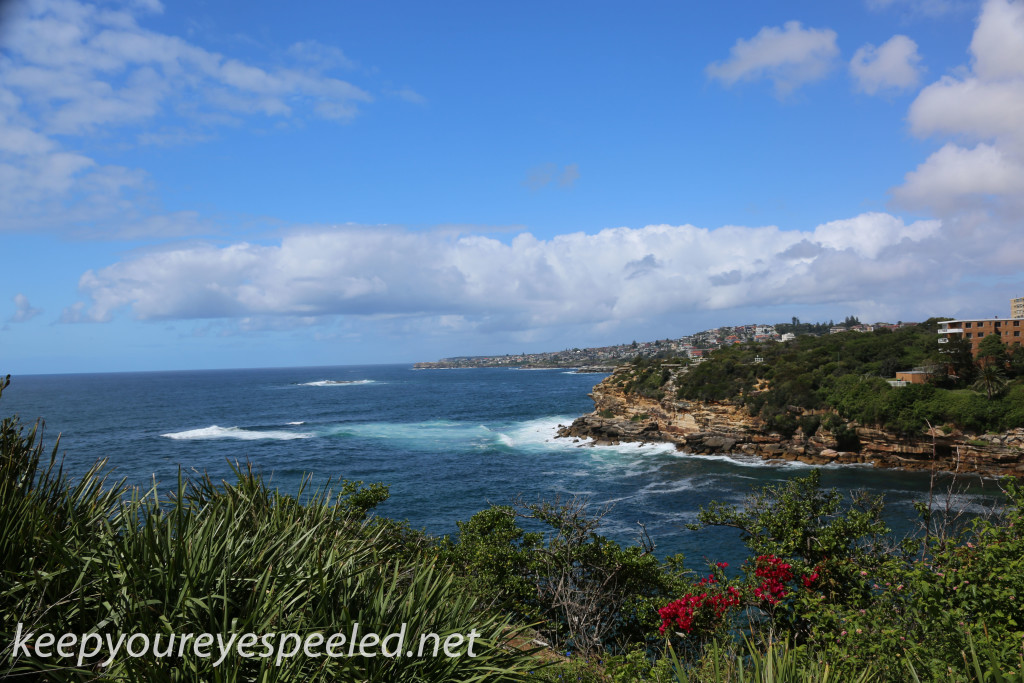 I woke up early yesterday  to try and watch the sun rise but the clouds didn’t co-operate. I still wasn’t sure what I was going to do for the day. I lost a day due  to the airline delay and had to cut out some places I planned to visit. Well I am glad I decided to visit the famous Bondi beach. I took a taxi to the beach and we drove through a heavy rainstorm. Fortunately, the rain stopped by the time we got to Bondi Beach. It was as beautiful as  I have  heard it would be. 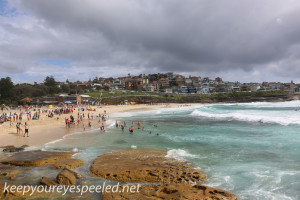 The earlier rainstorm kept the usual crowds away but there were still a lot of folks enjoying the deep blue waters of the Pacific Ocean and others  surfing  the high waves.   After spending some time at Bondi Beach I walked to the south looking for the trail that follows the shore to Coogee Beach. Here is a link to some more photographs of Bondi Beach. https://keepyoureyespeeled.net/australia/nggallery/australia/australia-day-four-bondi-beach-february-6-2016 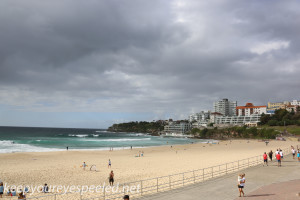 The trail hugs the cost, at times above the many cliffs above the Pacific Ocean or, descending at times to the sandy beaches along the way. . The rocky cliffs made for the most beautiful scenery. It was like walking in a dream. These “down under” folks sure have some nice scenery. 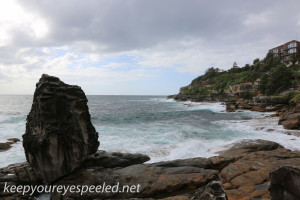 The next beach I came upon was Tamarama. A small beach it had some swimmers in the water but a lot more activity was taking place on the shore, including many a volleyball games. 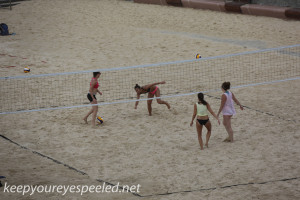 I walked the path above the beach taking in the remarkable ocean views. There were thunderstorms in the area and the clouds in the distance added to the beauty of the sceney.  This is a link to some more photographs of Tamarama Beach. https://keepyoureyespeeled.net/australia/nggallery/australia/australia-day-four-tamarama-beach-february-7-2016 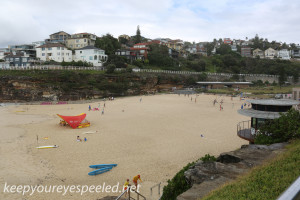 The path continued and I next came upon Bronte beach. As the clouds were dissipating, and the temperatures rising the beaches were becoming more crowded.  I stopped for a drink and purchased some sun screen, The Australian sun is intense. Here is a link to some more photographs from Bronte Beach. https://keepyoureyespeeled.net/australia/nggallery/australia/australia-day-four-bronte-beach-february-7-2016 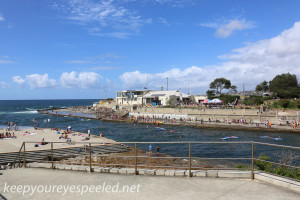 I next made my way to the famous and beautiful seaside Waverly Cemetery. I always love to visit cemeteries and this supposed to be one of the most beautiful in the world. I would agree the only one that was close was the cemetery I visited in Stanley in the Falkland Islands. 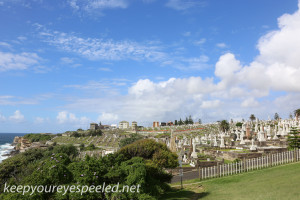 I wish I had more time to explore the many gravestones but time just didn’t allow it. There were so many stories to tell in the lovely  burial ground near the sea. This is a link to some more photographs from the Waverly Cemetery https://keepyoureyespeeled.net/australia/nggallery/australia/australia-day-four-waverly-cemetery-february-7-2016 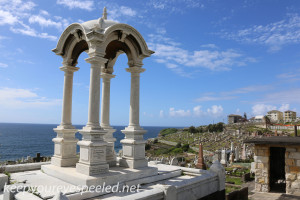 I next hiked past Clovelly Beach and  down into Gordon’s Bay. The path walked along many large rocks that had tidal pools in them. The views again were amazingly beautiful. 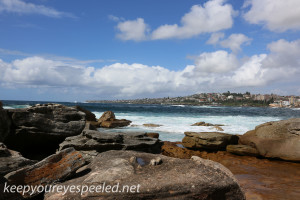 Along the walk this fellow flew over me. I thought it was a seagull only to realize it appeared to be some type of parrot, as I realized from it’s call.

And I took some time to explore the tidal pools finding some tiny fish darting about, some mussels attached to the rocks and this nasty jellyfish, I was told by a local resident that they would cause a nasty sting is touched.  I’m glad I wasn’t too curious. 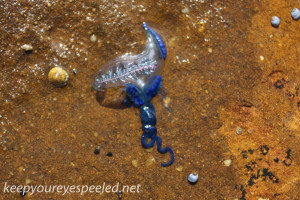 I made my way up from Gordon’s Bay and hiked along the shore to Coogee. Again the views of the ocean from the cliffs was spectacular. This is a link to some more photographs of my visit to Clovelly Beach and Gordon’s bay. https://keepyoureyespeeled.net/australia/nggallery/australia/australia-day-four-clovelly-beach-to-gordons-gap-february-7-2016 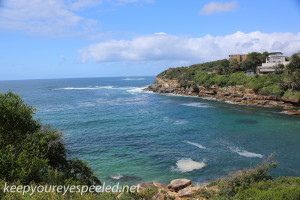 And here I encountered, up close for the   some  more of the local wildlife. i found a few of this species of bird, sorry I  just haven’t had time to try and identify it, and feel free to help, if you know it.  I watched these fellows and some seagulls before making my way down to the last beach on my journey, Coogee beach.. 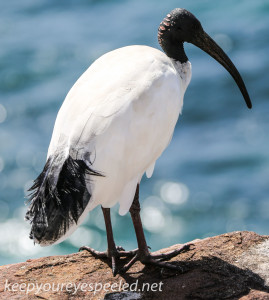 There were big crowds here and I learned that this was an old beach with a lot of history. it seems to have a competition with Bondi Beach to the north to attract the crowds from Sydney. I learned a tram was built here in the late 19th century to bring in folks from the city. 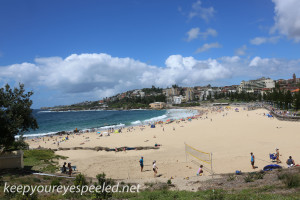 The beach was crowded today and watched over by these young ladies, alert at their post. It was a truly amazing walk along these sheer  beauty of the Pacific Ocean. It was a little over five mile and it took it’s toll on me in that intense Australian sun. I hailed a taxi and headed back to my hotel for a rest. Here is a link to some more photographs from Coogee beach. https://keepyoureyespeeled.net/australia/nggallery/australia/australia-day-four-coogee-beach-february-7-2016 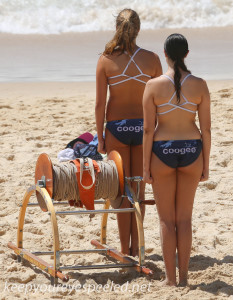 “Because there’s nothing more beautiful than the way the ocean refuses to stop kissing the shoreline, no matter how many times it’s sent away.” 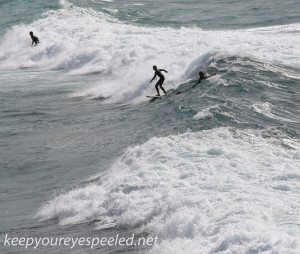