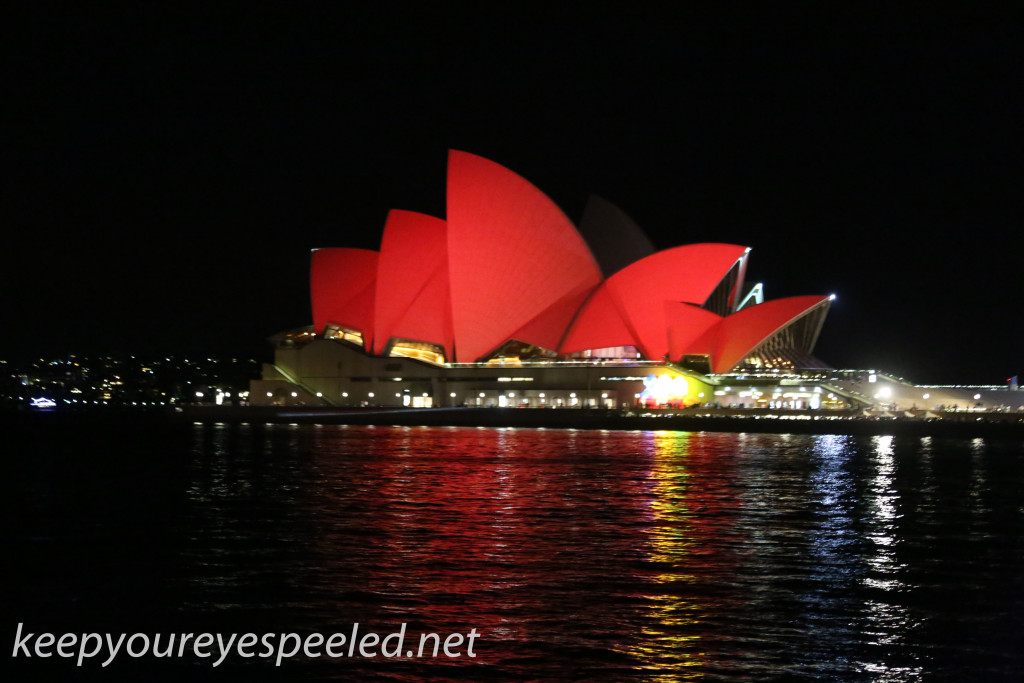 I was asleep about five minutes after posting my last blog yesterday afternoon.  I woke up five hours later, at 10 p.m, and, of course, decided to take advantage of the mid Summer night in the Southern Hemisphere.  My hotel, in The Rocks, is just minutes from the harbour and I followed the crowds of folks coming and going to admire Sydney’s famous attractions, lit  up at night. As soon as I made it down to the harbour, the spectacular Sydney Harbour Bridge appeared, dominating the northwestern sky. 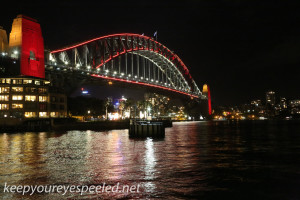 I just realized I should have headed to the Chinese New Years Festival but, last night,  turning east, the equally spectacular, but somewhat eerie, lit up with a  reddish tint, caught my eye and drew me toward it. 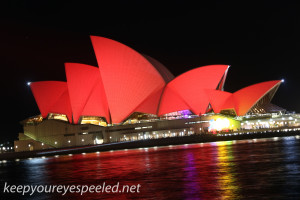 The waterside was crowed with partygoers and tourists, all enjoying the incredible skyline of Sydney Harbour at night, 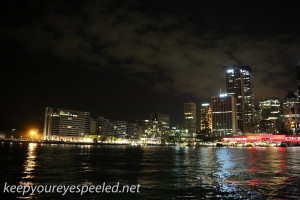 I walked down to the Circular Quay, the docking station for the many ferries that ply Sydney Harbour and the restaurants and taverns were still going strong. Like in most cities the crowd was mixed with older folks, dressed elegantly and having a nice dinner,  tourist speaking many languages and the younger college aged kids, many having had a few too many and carrying on i n the warm 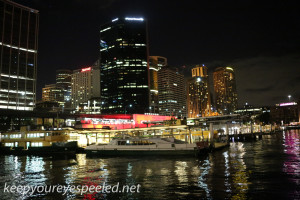 summer night air. But everyone was co friendly and civil there wasn’t the slightest sense of danger or fear of any crimes being committed.

I made my way to the Opera house and began to realize the sheer size of this unique structure which has become world wide symbol of Sydney and even Australia. It is a beautiful building. I admired the building and the views of the harbour and city from its steps.  looking up I was  saw the constellation Orion, high overhead in the NORTHERN sky as well as, what I think was Jupiter again, in the northern sky. I have been observing the stars since my dad first showed me the Milky Way on a cool  Summer night when I was a young child. I thought of him and the many things he thought me, mainly to keep my eyes peeled and to appreciate the beauty of this planet. And that I did last night. 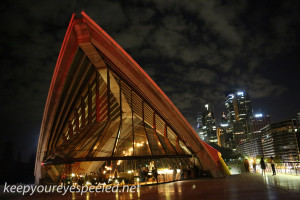 I admired the nighttime scene for a while and headed back to my hotel, popping in to a few pubs to see how the locals celebrate a weekend, and as usual, pretty much the same as everywhere else I visited on this planet, with music, dance, alcohol and laughter. I wish i weren’t so tired, and old, or I may have joined 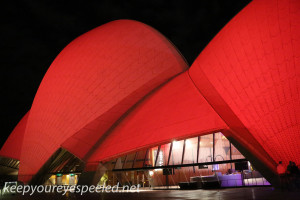 them.  Still, it was truly an enchanted evening my first night in the ‘land down under” I hope there will be many more. Here is a link to some more photographs from my evening hike yesterday.https://keepyoureyespeeled.net/australia/nggallery/australia/australia-day-thee-sydney-harbor-evening-walk-february-6-2016

“We travel, some of us forever, to seek other states, other lives, other souls.”
― Anaïs Nin 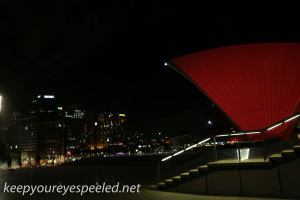