Australia Day Three: I Finally Made It "Down Under" And The Delays And Long Are Forgotten As Soon As I Saw Sydney Harbour.

February 6, 2016 / knoxweb / Comments Off on Australia Day Three: I Finally Made It "Down Under" And The Delays And Long Are Forgotten As Soon As I Saw Sydney Harbour.

Australia Day Three: I Finally Made It "Down Under" And The Delays And Long Are Forgotten As Soon As I Saw Sydney Harbour. 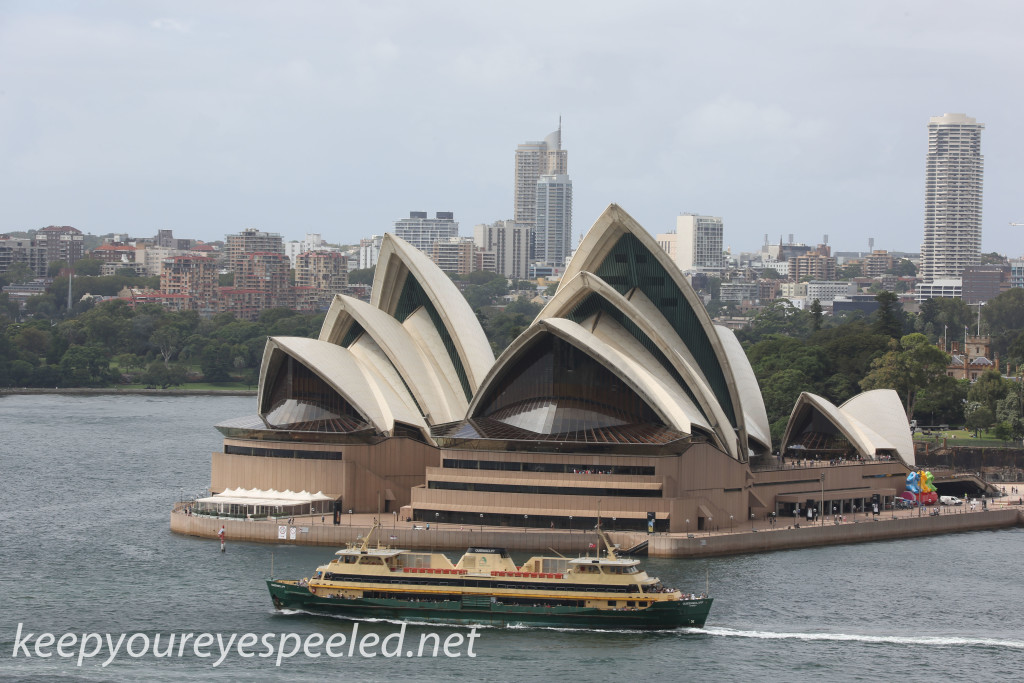 My hotel is located in The Rocks section of Sydney one of the older neighborhoods in the city. I quickly discovered why, when I came upon the huge rock walls that give the neighborhood it’s name. 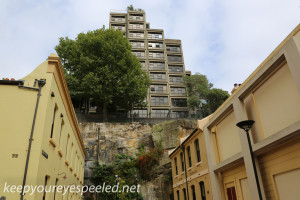 There were many tourists walking the old streets which were lined with  restaurants, pubs,  gifts shops and other  small stores. 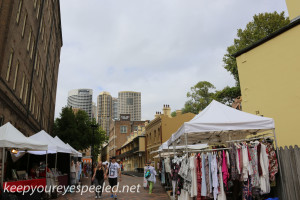 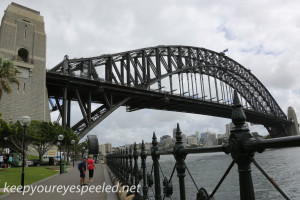 It was crowded with tourists from many countries, local school children, and folks just walking or running across to stay fit. But they were also all there for the view. And it was a magnificent.  Of course the first thing I noticed was the famous Sydney Opera house.  It really sunk in that, yes, I was on the other side of the planet.  I took many photographs of Opera House and beautiful Sydney harbour on my walk. Here is a link to some of those photographs.https://www.keepyoureyespeeled.net/australia/nggallery/australia/australia-day-three-sydney-harbour-and-opera-house-february-6-2016 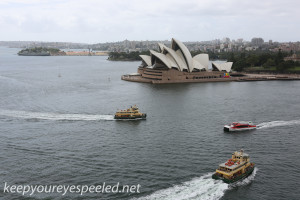 I walked up to an observation area on the bridge where the views were even more spectacular. There was also a nice museum explaining the history of the bridge which opened in march of 1932. Here is a link to some more photographs of my walk over the Harbour Bridge . https://www.keepyoureyespeeled.net/australia/nggallery/australia/australia-day-three-sydney-harbour-bridge-february-6-2016 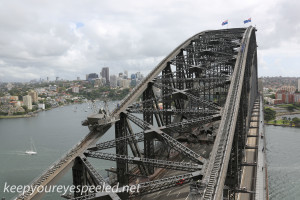 I crossed the harbor and headed back to the area of The Rocks near my hotel, again passing the many crowds of tourists. I made my way down to the harbour and enjoyed more views of  both the Sydney Opera House and the Harbour Bridge. A large Carnival cruise ship is in port and with it a lot of tourists.

I walked along the wharves of Old Sidney, most of them converted into shops or restaurants. And like all cities the water brought out all kinds of people including tourists, locals, school kids enjoying their day of a lot of entertainers playing music and creating a festive atmosphere. In, fact, they were setting up for a celebration of  the Chinese New Year tonight, I want to see it but, it was a very long flight and I probably will be sound a sleep very early. Here is a link to more photographs from my walk around The Rocks and Sydney Harbour. https://www.keepyoureyespeeled.net/australia/nggallery/australia/australia-day-three-sydney-the-rocks-february-6-2016 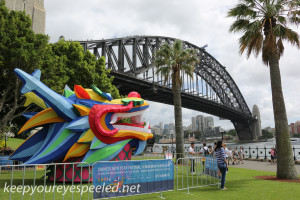 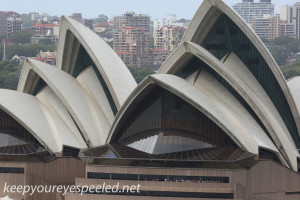