Back At The Lehigh Canal: Clouds, Snow And Lots Of Water

January 21, 2018 / fskokoski@gmail.com / Comments Off on Back At The Lehigh Canal: Clouds, Snow And Lots Of Water

Back At The Lehigh Canal: Clouds, Snow And Lots Of Water 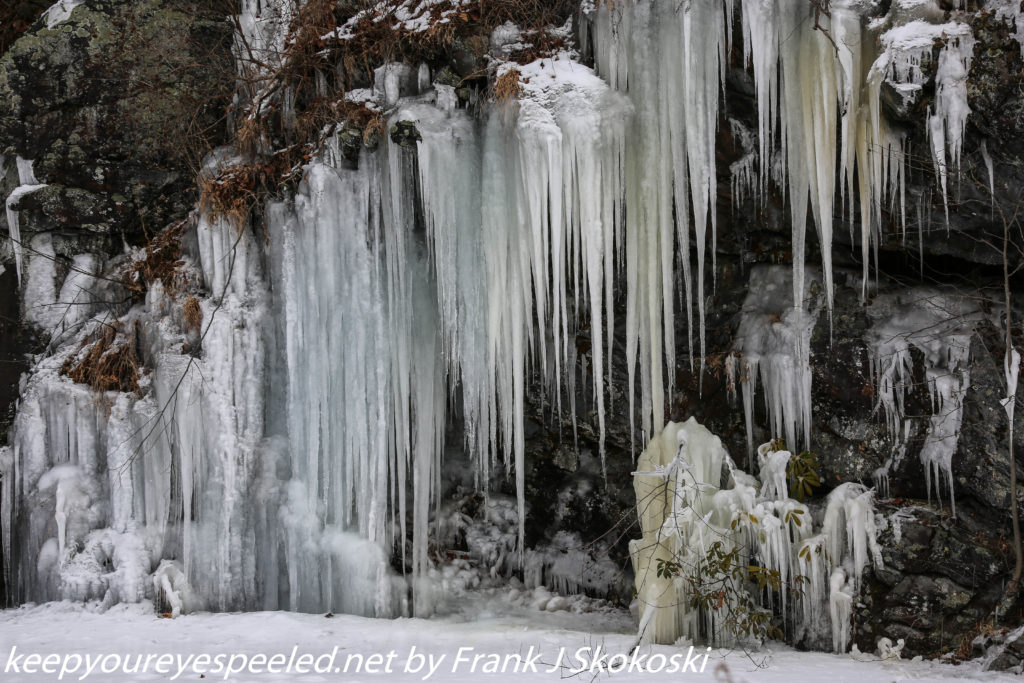 It was a much  welcome   35 degrees  at my home in Hazle Township Saturday  morning.  The skies were clearing and temperatures were predicted to rise into the mid 40’s.  I decided to head to the Lehigh Canal near  Weissport for a hike. I wore a light jacket  and baseball hat in anticipation of even warmer temperatures since the canal is about 25 miles south of my home and much lower in elevation. 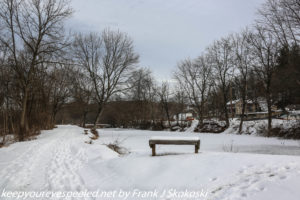 I was surprised when I  arrived at the canal trail to  find it overcast, cold and raw. The temperature was only 25 degrees. It seems the warmer air had not arrived and the  cold settled in the gorge along the Lehigh River. I was not a happy camper as I set out, shivering,  on the snow covered trail. 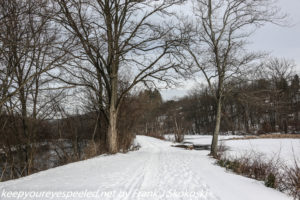 The canal was still frozen solid near the parking lot in town and it looked like there was  still a lot of ice skating occuring at night. 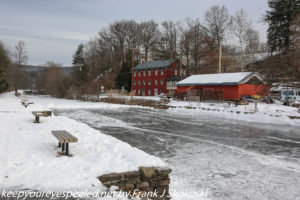 I thought there would be less snow here in Weissport and was surprised to find at least six inches on the ground, the same amount that fell near my home. I was also surprised to find that there was no ice on the Lehigh River. The river was high and flowing rapidly as a result of the heavy rains we had last week. 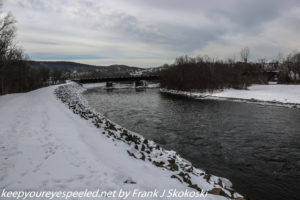 As I continued my hike I found most of the canal was frozen but there were also large areas of open water. Again, I believe this was a result of the heavy rains. 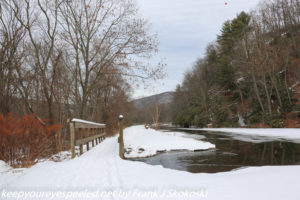 I have been returning to this area of the Lehigh since I have been seeing many birds on the river and in the trees along the canal. This morning there was little bird activity for most of my hike. However I did still see some common mergansers on the fast flowing waters of   river, both males 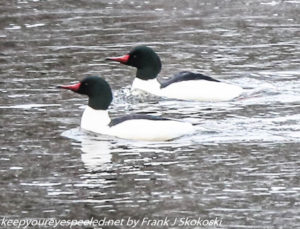 and a few female red breasted mergansers. I needed help from some birding friends with this one. . 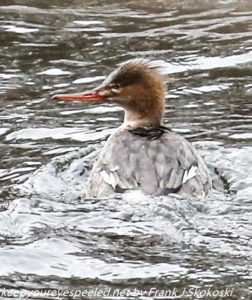 I also saw this duck fly overhead but could not identify it. 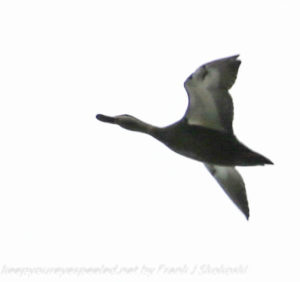 And I think this pretty bird is a hermit thrush. 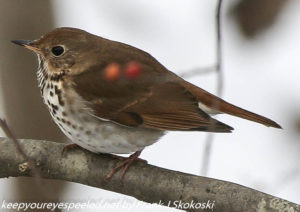 And I also saw a few juncos and black-capped chickadees as I continued my walk but it was hard to photograph them in the cloudy and gray skies. 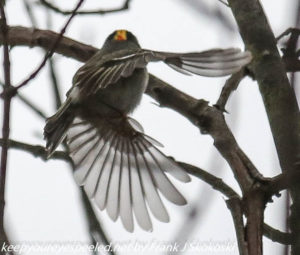 I trudged my way through the snow and, as I walked further out on the trail it was less traveled making it even harder to walk. 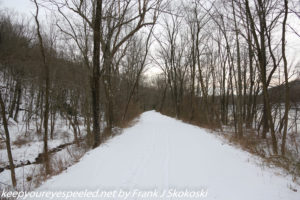 As I trudged along I heard a pileated woodpecker in the trees. I was unable to get close to it and this was the best photograph I could get. I love seeing these large woodpeckers on my hikes. 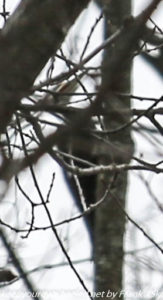 I walked out to the Bridge To Nowhere and decided, because of the cold  conditions, and me not being dressed for it, to head back. 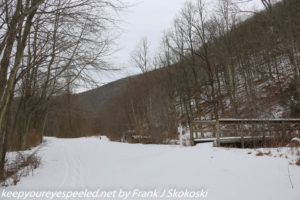 After about a quarter mile on my return journey, I noticed that the air almost instantly got warmer. It even smelled different. There was now a steady breeze from the south. The warm front finally made it’s way down to the river gorge. 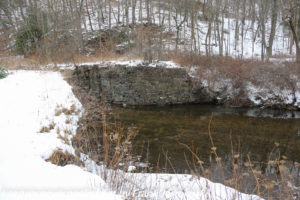 I  considered continuing my hike but I was tired from walking through the snow and decided to return to the parking lot. As I did I could hear some of the icicles  already falling to the ground as the temperatures rose into the mid 40’s. 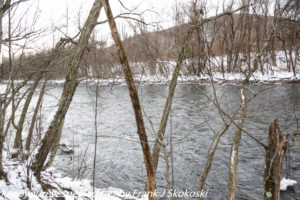 I didn’t see many birds on the walk back but there were a few squirrels scurrying about in the melting snow.   It was a somber walk with lot of whites and grays because of the snow and  the overcast skies but still was an enjoyable one. It should be even warmer today and I am hoping to see some sun. But regardless I will be out and about somewhere in Northeastern Pennsylvania, and I will have my eyes peeled, there is so much to see even on the worst of days.  Here is a link to some more photographs from my hike. Lehigh Canal hike January 20 2018. 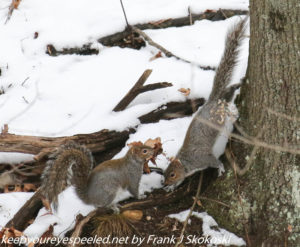 Of winter’s lifeless world each tree
Now seems a perfect part;
Yet each one holds summer’s secret
Deep down within its heart.
~Charles G. Stater