Back To The PPL Wetlands, And Back To March,

Back To The PPL Wetlands, And Back To March, 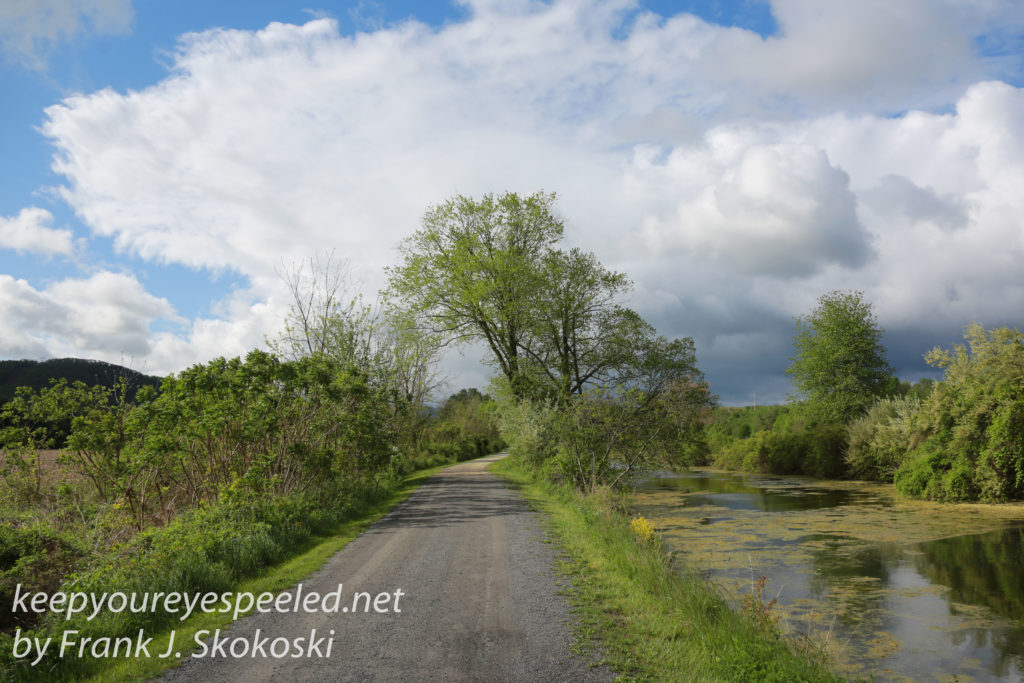 It was a different world here in Northeastern Pennsylvania on Sunday. A cold front came through Saturday evening  lowering the temperatures and making for a cold,  windy and rainy  morning.  My nephew Mike wanted to do some fishing at Lake Took-A-While so I was headed back to the PPL Wetlands. I love it down there. 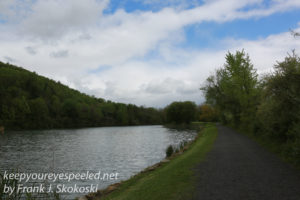 The rain stopped by the time we arrived, and the sun broke through the clouds.  but it was still windy and cold. I left my nephew at the lake and began exploring the riverlands and wetlands. 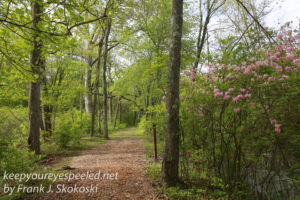 One of the first critters I encountered was this green heron. It was feeding on a pond and, as I approached,  flew up onto this tree branch, where it remained for awhile allowing me to  take some photographs. 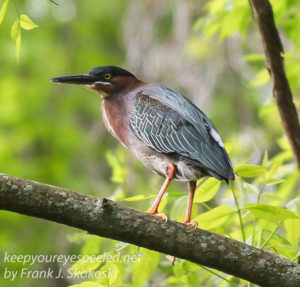 I walked through the wetlands again enjoying the lovely fresh green colors of the new leaves  and plants including the solomon seal. These flowers should be in bloom next month. 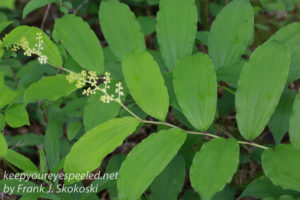 The wild grapes were also forming the tiny young grape buds which will feed the many seasonal  birds in the wetlands before they leave our area for their journey south in the Fall. 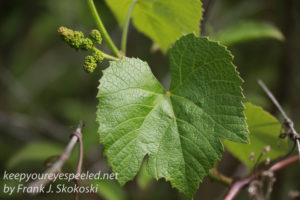 I once again enjoyed the fragrance of the honeysuckles which was spread throughout the area by the strong winds. 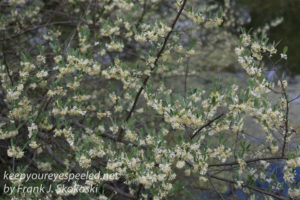 And, of course, the air was filled with the sound of bird song, including this song sparrow, taking a break from his/her singing to watch me walk by. 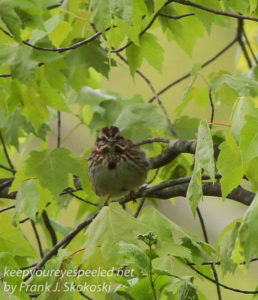 I gain saw the flycatchers, robins, red winged blackbirds, cardinals and other birds on my walk including a few of the always pretty yellow warblers. 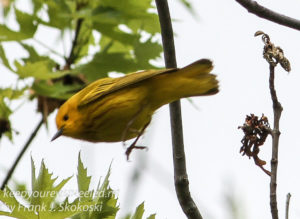 I also saw a new species for first time, and identified it, with the help of some of my new birding friends, as a common yellow throated warbler. I enjoyed it’s wonderful song, but wasn’t sure what it was until I got home. 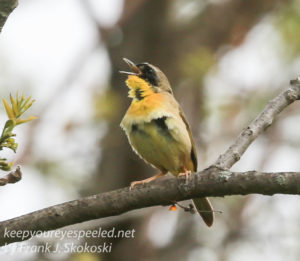 I also encountered a few more baltimore orioles on my walk including this fellow singing his heart out perched high in a tree top. Another of our beautiful Spring arrivals. 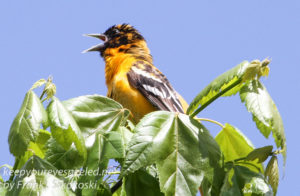 I also saw another beautifully colored bird, one I now know, from my birding friends, remains with us year round, the eastern bluebird. 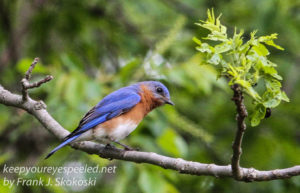 As I walked on I heard the familiar sound of some distressed crows and saw them chasing this red tailed hawk from their territory. Crows are not afraid of the much larger hawks. 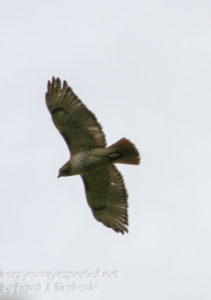 And I also spooked a few of the geese that are common on the ponds and canals including this pair who took off into the safety of the skies. 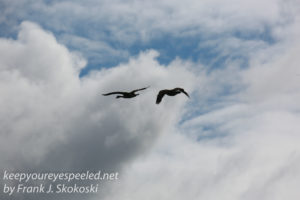 I also heard the calls of the pileated woodpecker deep in the woods. I followed it’s cries but it kept flying off into the distance as I approached. I will catch up to it someday but on Sunday I was only able to capture a photograph of it’s cousin, this downy woodpecker. 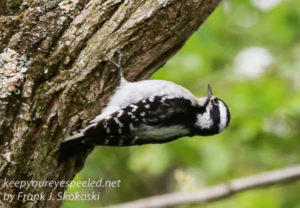 The sun had just started to warm things up enough to start bringing the cold blooded critters out, including  these turtles, when it clouded up again. 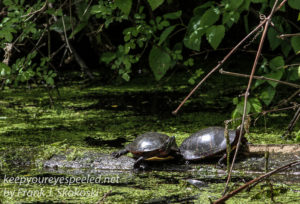 .We were lucky to return home when we did. As I got into my house  we got a heavy hail storm.  This is very unusual for us here in Northeastern Pennsylvania, but it does occur every so often, the last time being almost 40 years ago. Well I hope it doesn’t get this cold in May for another 40 years, but even if it does, it sure hasn’t affected the beauty to be found outdoors, if you just keep your eyes peeled and look for it. Here is a link to some more photographs from my hike on Sunday.https://keepyoureyespeeled.net/photographs-page-2/nggallery/photographs-page-two-blog/ppl-wetlands-may-15-2016 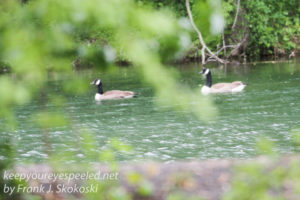 “…the care of the earth is our most ancient and most worthy and, after all, our most pleasing responsibility. To cherish what remains of it, and to foster its renewal, is our only legitimate hope.” 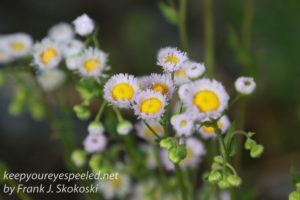