Bear In The Backyard.

September 2, 2015 / fskokoski@gmail.com / Comments Off on Bear In The Backyard.

Bear In The Backyard. 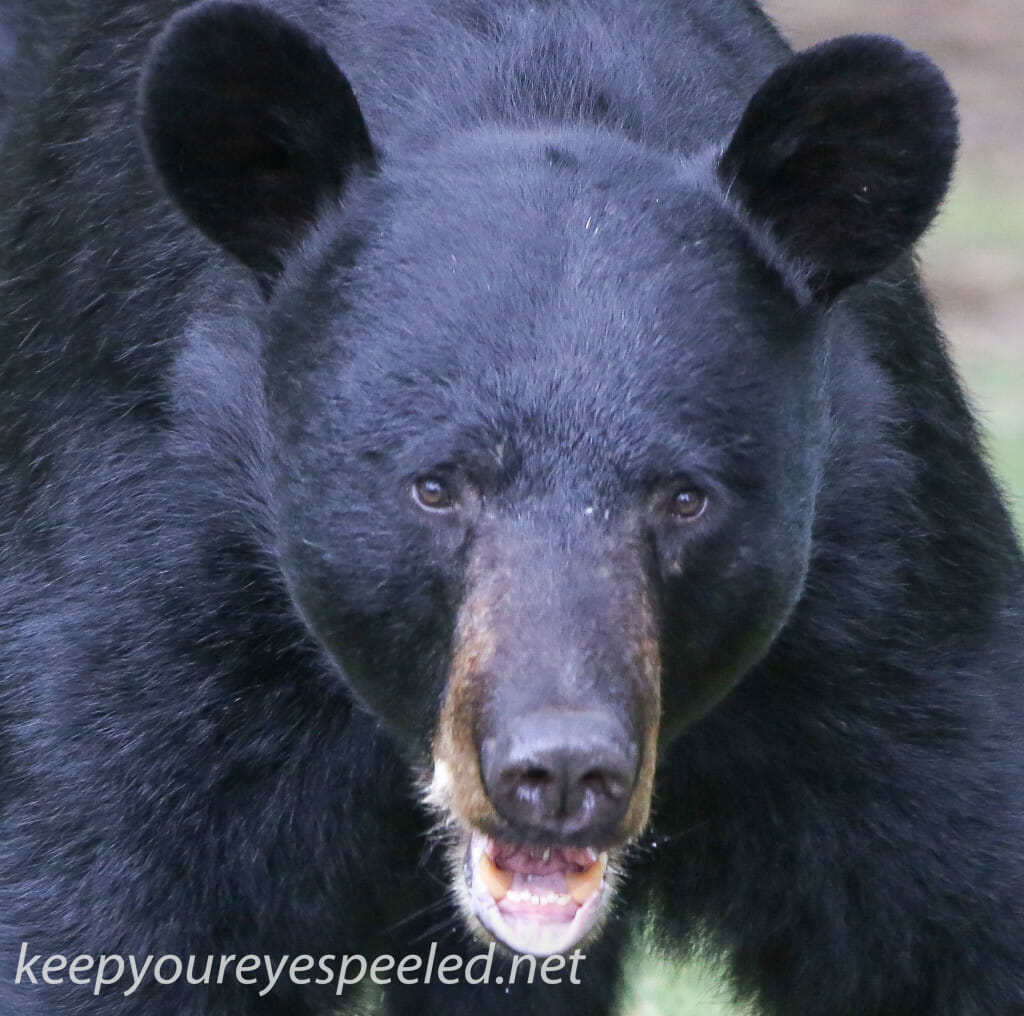 I came home from my morning walk on Monday morning and this  large male black bear sitting in my back yard eating the corn I out out for the deer and turkey.

It looked like the same bear who had been ripping my bird feeder down these past two summers and, who recently, broke into my tool shed and helped himself to a 50 pound bag of seed.  I have hung the feeders up out of his reach and now have to fill them with a ladder. I also took the seed from the shed and put it in my garage. 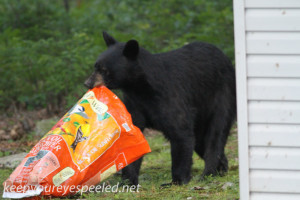 I was surprised to see him licking the left over kernels of corn off of the ground, having never seen this bear eat corn before. i had tried scaring him away last time he was here by clapping my hands and yelling loudly.  This usually scares them away but he was not one bit afraid and sat and ate the seed. I guessed that this bear was fed by humans and had grown accustomed to them. This is not good for the bear or for humans.

It could only lead to an encounter with a human causing him harm or, having the bear, not fearing humans, become an easy target during hunting season.  I am afraid it may be to late to teach this bear to fear humans now. 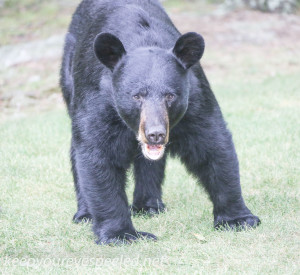 I am fortunate to have almost one hundred acres of land behind my house and I don’t allow hunting. i am hoping to encourage him to stay on my land where he may be safe. We have seen a lot of bears and other animals in our area due to large areas of residential and industrial development of the woodlands that used to be their homes.  I watched this fellow until he finished all of the corn and got a video of him eating. This is a link to my YouTube video of him eating. https://youtu.be/rIhMkH2edNc 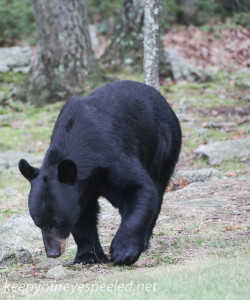 It is a shame such a magnificent creature such as this may have to die because we took away his natural environment. We need to set aside the areas of our wilderness that is left so that future generations can have the chance to observe these and the other beautiful animals that lived in these forests long before we did.  This is a link to some more photographs of the bear in my blog album page.https://keepyoureyespeeled.net/mammals-of-pennsylvania/nggallery/mammals-of-pennsylvania/bear-august-31-2015 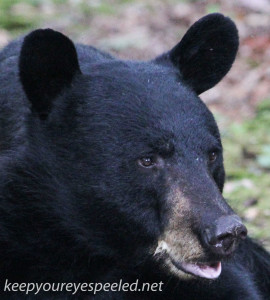 “The best way of being kind to bears is not to be very close to them.”
― Margaret Atwood