A Chilly October Morning In The PPL Wetlands.

October 7, 2020 / fskokoski@gmail.com / Comments Off on A Chilly October Morning In The PPL Wetlands.

A Chilly October Morning In The PPL Wetlands. 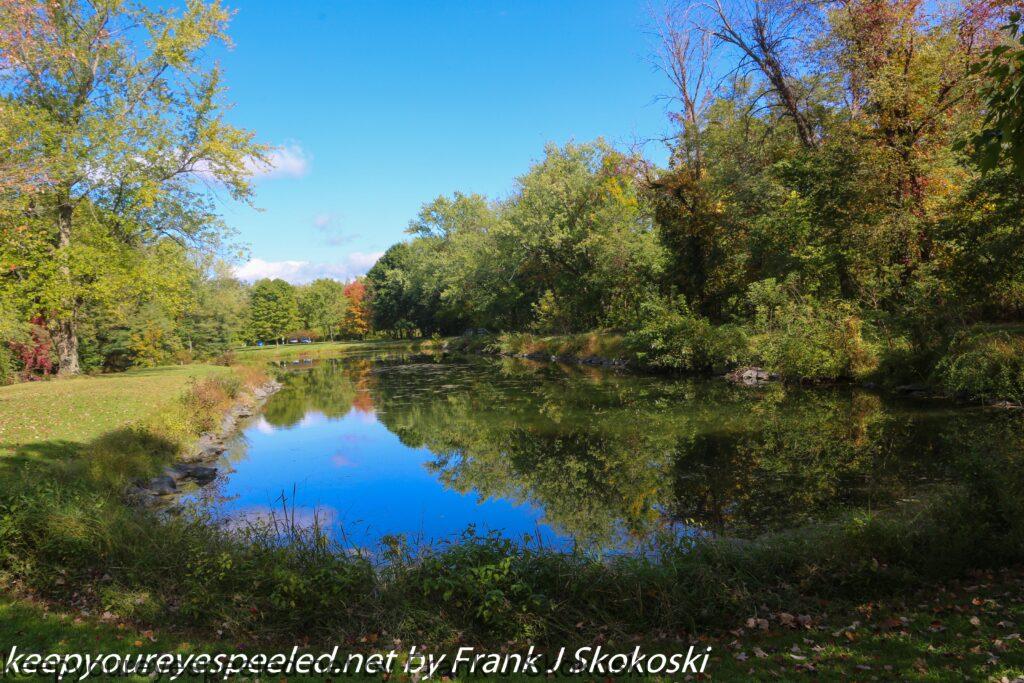 It was a chilly October morning on  Saturday here in Northeastern Pennsylvania. As usual, I decided to drive to, and hike in,  the  PPL Wetlands and Riverlands in Salem Township Luzerne County.  Upon arriving in the wetlands area of the nature preserve, I walked down to the banks of the Susquehanna River. 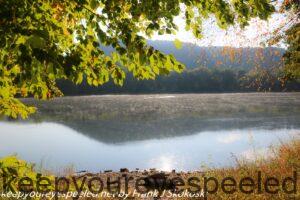 The river is very low and there have been a lot of great blue herons wading along the shores. 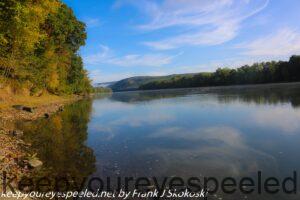 Not on Saturday, but it was still nice walking on  the trail  along the river as the  rays of the weakening October sun filtered  through the trees. 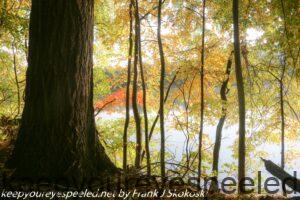 I followed the trail to it’s end and walked back along the canals in the wetlands. Unlike last week, when I heard the a chorus of frogs, crickets and katydids because of the mild temperature, the chilly October air silenced the frogs and insect. The only sounds I heard where the songs of a few catbirds and song sparrows. 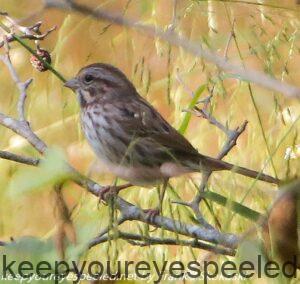 There was more color along the trails now. The now yellow hayscented ferns filled they cool morning air with their sweet fragrance. 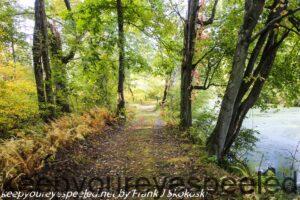 The cinnamon ferns along the trail added  more yellow color to the changing woodlands. 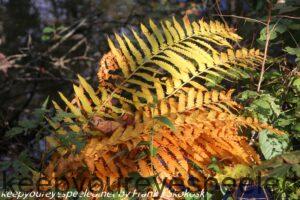 Many of the  high bush blueberry bushes were now a brilliant red color. 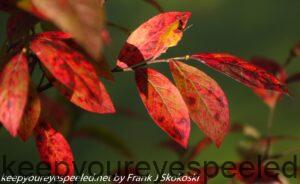 The fall flowers added  more color to the falls woods. I  never realized the many species of  that bloomed in October until I started using my plant identification  iPhone app. I had assumed they were either a species of aster or daisy. According to my app there are many similar but slightly different species. These are common blue wood asters. 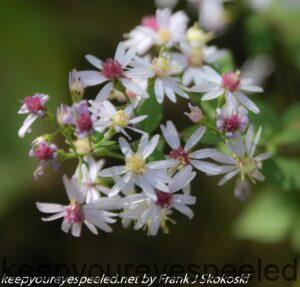 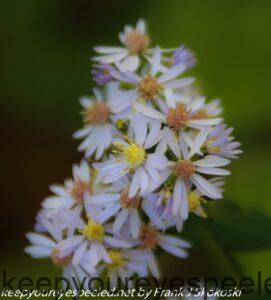 This one is a white panicle aster. 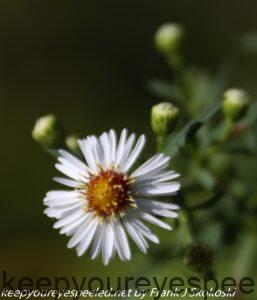 And this a purplestem aster. 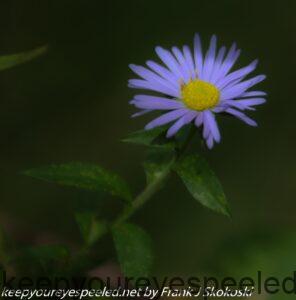 These are calico asters. 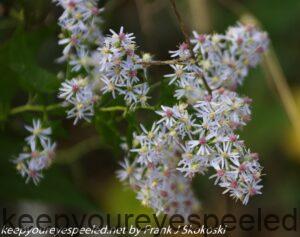 And, of course, there were still many species of goldenrod blooming in the wetlands and riverlands. 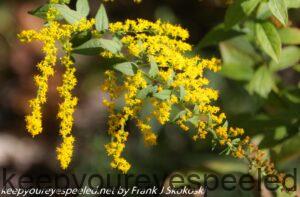 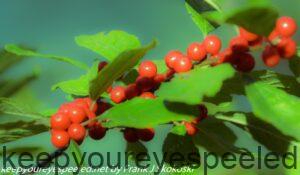 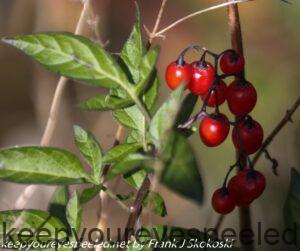 and the bluish berries of the green briars. 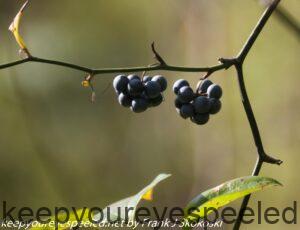 I left the wetlands and walked over to the riverlands section of the preserve. The waters of Lake Took-A-While reflected the deep blue skies. 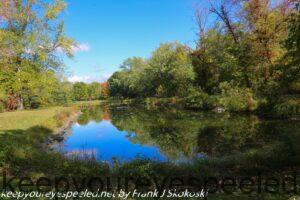 There were no ducks, geese or great blue herons on the lake. But,  I did hear the chatter of a kingfisher and watched it fly across the lake a few time, unfortunately, too fast to allow me to get any photos. I did see a couple of small flycatchers. I am not positive but I think they were eastern pewees and not eastern phoebes, but I have a hard time distinguishing these very similar birds. 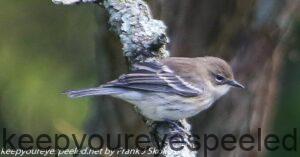 I saw no dragonflies on my five mile hikes and only a few wasps, bees and other insects. including this large unattractive, in my opinion, fly. 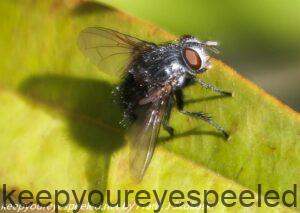 Walking back into the wetlands I saw this flicker feeding on what I think was an acorn, 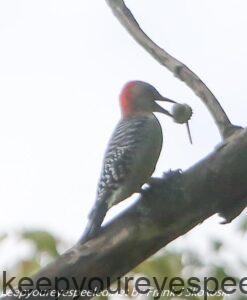 and saw this pileated woodpecker high in a tree top. Both birds were too far away to get good photos but it was still nice to see them. 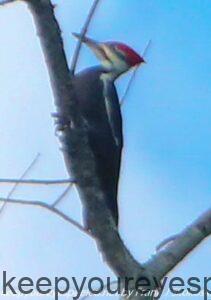 The wood ducks were not on their usual log. I thought they may have left the wetlands but I encountered about a flock of two dozen of them in another part of the wetlands. They quickly flew off as I approached. The only other bird I saw was this titmouse . It wasn’t a good day for wildlife observations, but it was still an enjoyable walk on a chilly October morning.  These wetlands never disappoint in providing that. Here is a link to a gallery on my website with more photographs from my chilly October morning hike. PPL Wetlands October 3 2020. 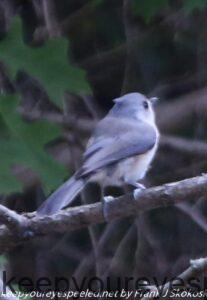 October sunshine bathed the park with such a melting light that it had the dimmed impressive look of a landscape by an old master. Leaves, one, two at a time, sidled down through the windless air. ~Elizabeth Enright 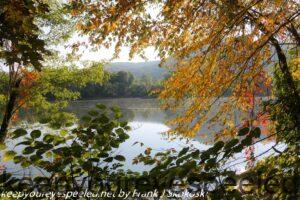