The End Of Spring At The Susquehanna Wetlands

June 23, 2021 / fskokoski@gmail.com / Comments Off on The End Of Spring At The Susquehanna Wetlands

The End Of Spring At The Susquehanna Wetlands 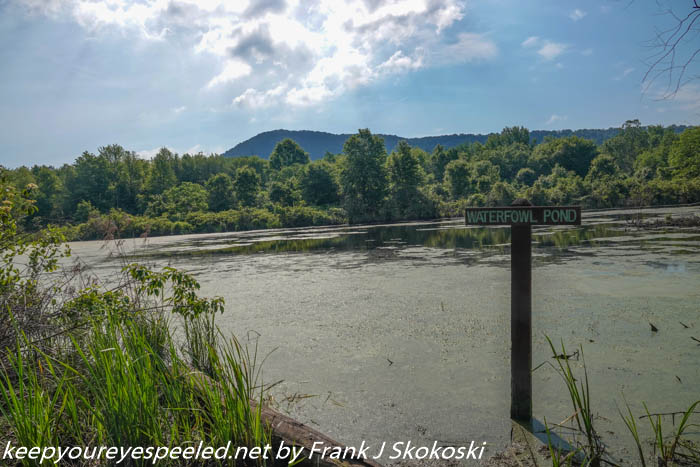 It was the end of Spring  Saturday.  It seems like just  yesterday the first skunk cabbages were pushing  through the snow and mud.  And the first robins and red – winged black birds were appearing in the Susquehanna  wetlands.  But it’s Summer now and I spent the last day of Spring , where else, but at the Susquehanna Wetlands in Luzerne County. 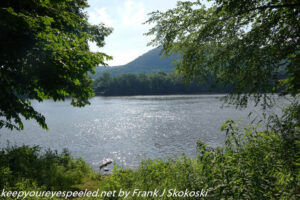 It has been two weeks since my last visit here and what a difference I found..  You immediately sensed the Spring was over.. It looked , smelled  and sounded  like Summer. The season of new growth was  over. And the signs of the approaching  Summer were  everywhere. The once lush green skunk cabbages, that ushered in the promise of Spring,  are already turning brown and deteriorating. 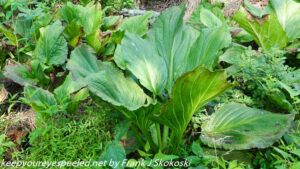 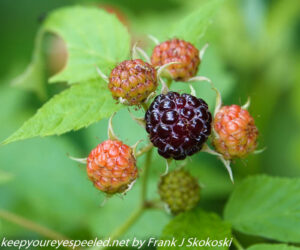 and mulberries were  ripening. And soon the high bush blueberries will be too. 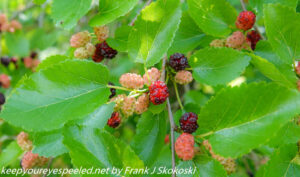 Mushrooms were  starting  to pop up  along the trail. I believe these are a species of amanita mushrooms which are a sure sign of Summer. 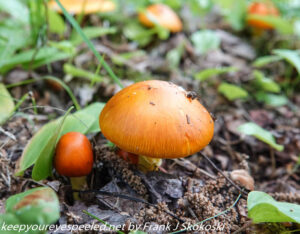 Grasses and sedges were going to seed   along the trails in the wetlands and river lands. 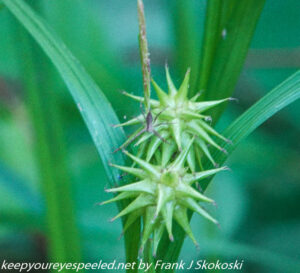 And Summer flowers such as milkweed, 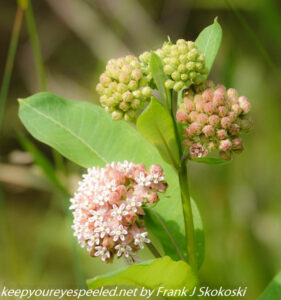 and the spotted knapweed were  starting to bloom. 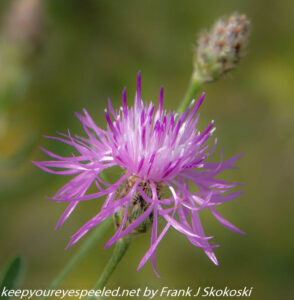 It was a good day to enjoy the end of Spring. It was mostly sunny and mild as I started my hike in the wetlands. Near the canals I found this young rabbit munching on some clover. 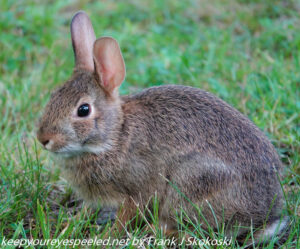 It seemed unafraid as I approached. I was able to get close enough to capture  a rabbit’s eye view of the wetlands. 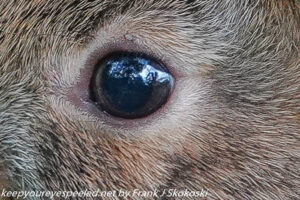 Continuing my walk,  I scared off at least three families of wood ducks that were swimming  on  the canals and ponds in the wetlands. I was only able to photograph this wood  duck who stayed around  after the ducklings swam off to safety. 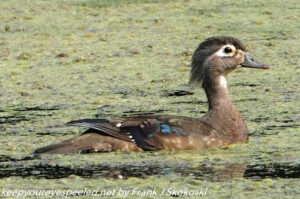 There were many other birds singing in the tree tops or  fluttering in the trees and shrubs as I walked through the wetlands. . This I believe is a willow  flycatcher. 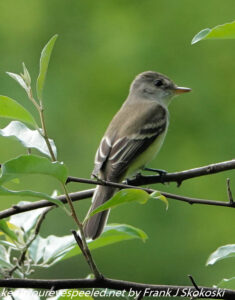 The red-eyed vireo sang beautifully from a tree top. 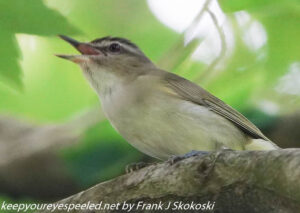 Of course, there were robins, red-winged blackbirds, catbirds and many others as I hiked along the trails. I will only share  some of the less common birds today since I have shared many photos of these birds in my previous blogs. However,  I will share these two more common ones, this American goldfinch 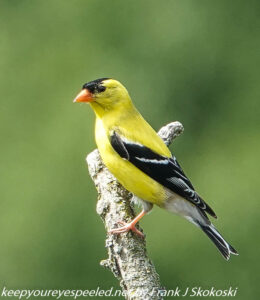 and cardinal because of their pretty colors. 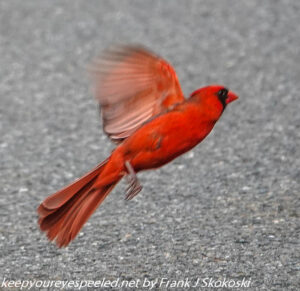 The trails in the wetlands are now a world of green. The deep green leaves of  trees and shrubs form a  canopy overhead and even the waters are green with the new growth of duck weed. 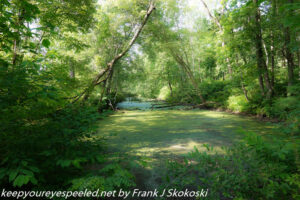 And it is evident that this old painted turtle, 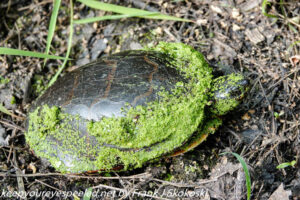 and muskrat were swimming in the duck weed covered waters. Both feed on this nutritious plant, as do many other critters that live in the wetlands. 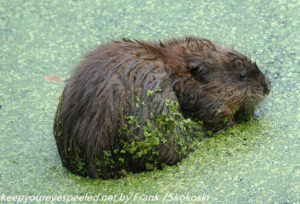 I took my usual route through the wetlands and walked about a mile where I entered the river lands section of the nature preserve.  The trail splits up here and I usually follow the trail alongside the shore of Lake Took-A-While. 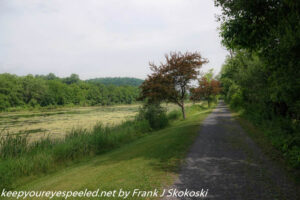 Many days I see bald eagles, ospreys, kingfishers and other water birds on the lake. On Saturday all I saw was the flock of Canada geese. The goslings have grown so fast it’s hard to tell them from their parents now.

I did see some other birds along the trail. The female American redstart, 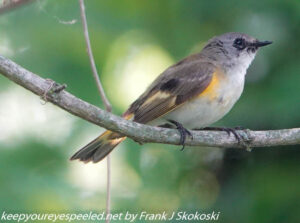 hopped through the branches of a tree along the trail. 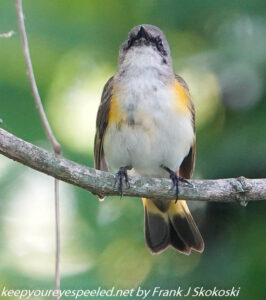 And I learned something new after observing this adult female eastern phoebe. 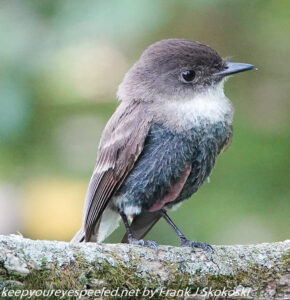 I saw the bald spot on it’s chest.  I wasn’t sure if missing feathers were because it was sick or possibly  attacked. A friend from  a Facebook birding group advised me the missing feathers were called a brood patch. The females loses them so as to be able to provide closer contact with her skin and   better warm her eggs in the nest. You learn something new everyday. Amazing. Here is a link to some more photographs of the eastern phoebe and other birds I saw on my end of Spring hike in the wetlands.  Susquehanna Wetlands hike birds June 19 2021. 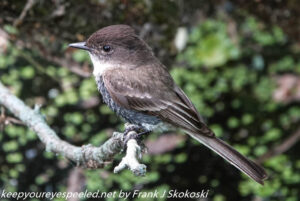 After the eastern phoebe and American redstart I didn’t see any other new or interesting birds on the rest of my hike. I walked past the lake and turned around. It was getting hot out and this may have discouraged the bird activity. But the heat brought out the dragonflies. This is a twelve spotted skimmer 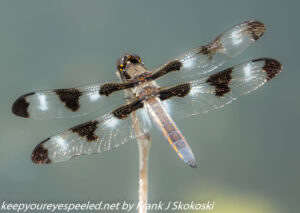 There were dozens them darting along the shores of the lake. So many different species too. This is a male window skimmer, 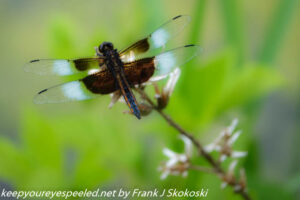 And this a female skimmer dragonfly. I didn’t know this but again I relied on some help some a Facebook insect identifying  group.   The appearance of so many  dragonflies are another sure sign that Summer has returned to the wetlands. 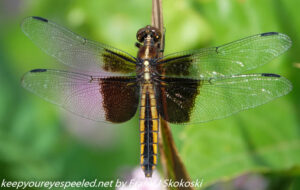 I continued my slow  walk back through the wetlands. I had hoped to see some more wildlife but I didn’t. It was still a nice walk through the lush green woodland of mid June. I finished my five mile hike  and was looking forward to my next visit, to uncover some more of the many secrets the wetlands and river lands have to offer.  Here is a link to a gallery with some more photographs from my end of Spring hike. Susquehanna Wetlands hike June 19 2021. 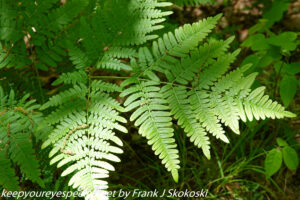 What is one to say about June, the time of perfect young summer, the fulfillment of the promise of the earlier months, and with as yet no sign to remind one that its fresh young beauty will ever fade.    Gertrude Jekyll