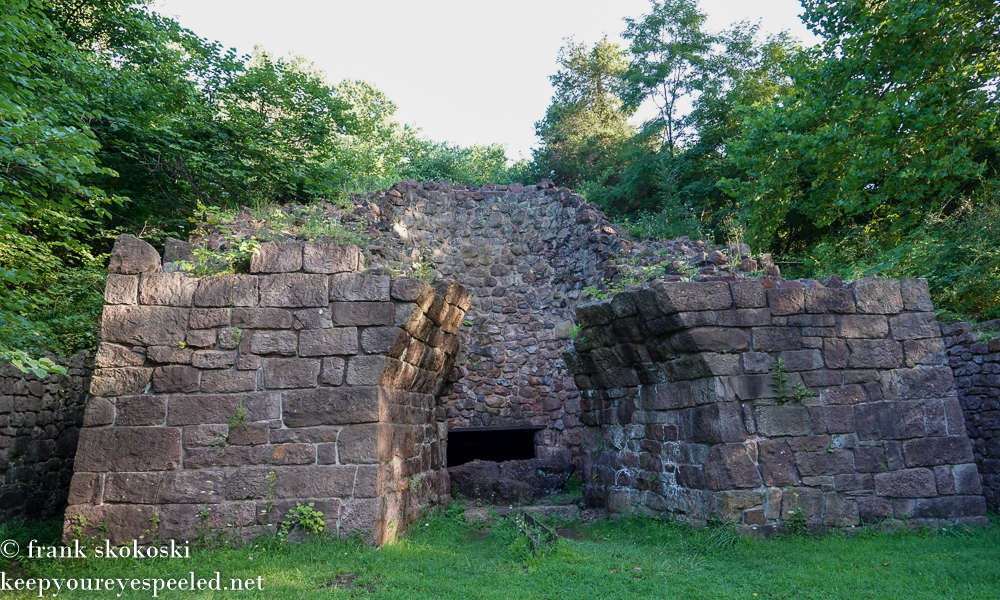 I was hiking on the Lake Loop Trail around  Hopewell Lake in the French Creek State Park last Friday morning  when I left the trail and ventured into the Hopewell Furnace National Historic Site.  It is only a short  distance from the lake.  I had been here once before.  I  loved hiking  through this scenic and historic restoration  of an early American Iron Plantation. 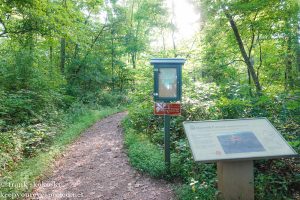 The Hopewell Iron Furnace was established on the French Creek in 1771 by Mark Bird.  The site was chosen because of  the nearby vast forest of American chestnut trees.   The trees were needed to produce charcoal to fuel the furnace. There was also  iron ore and limestone deposits in the area. 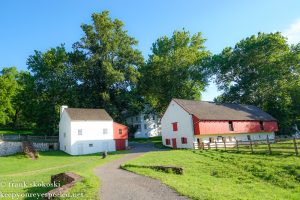 The Hopewell Iron Furnace operated until 1883 producing ammunition and canons for the Continental Army during the Revolutionary War and later producing iron tools and implements for the growing Nation. It was famous for producing cast iron stoves. 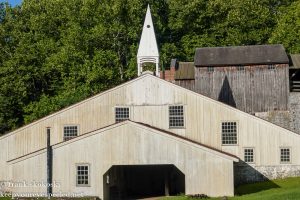 The visitor center  and exhibits weren’t open until 9 a.m. but the site is open to the public and I was able to walk  through  the  mostly wooded 848 acre site.  I enjoyed  the tranquil trail and scenery. However this quiet and peaceful scene would not occur while the  iron furnace was in operation. There would be smoke and noise from the forge and charcoal pits. There would also  be many wagons bringing the iron ore, wood for the charcoal,  and limestone into the plantation and more wagons transporting the finished products to the markets . 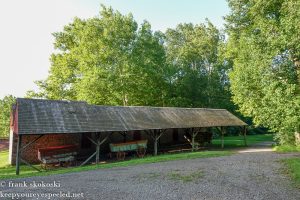 I walked past the many  beautiful restored  buildings including  home of the ironmaster, 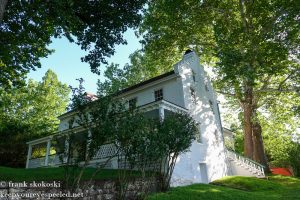 the iron furnace and forge, 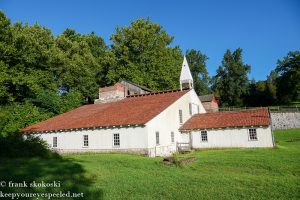 with the functioning water wheel  powered by the waters of the French Creek. 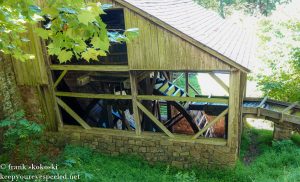 and the many wagons displayed on the plantation. 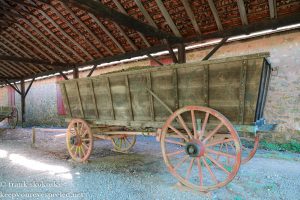 There is also a working farm on the plantation and I enjoyed watching the sheep feeding on the grass in the morning sunlight. 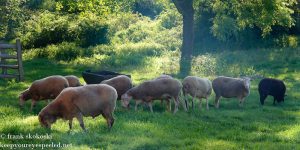 I walked out on the road into the fields, 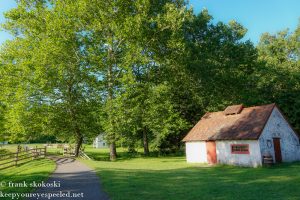 where I heard and saw some northern cardinals in the trees along the road. 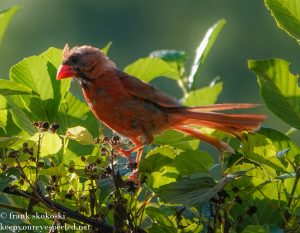 The Hopewell Deep Woods trail begins along the roadway and I followed in a short distance into the  second growth forest. While the Hopewell Furnace was in operation  large sections of the forest were  cut to produce charcoal that fueled the furnace. Trees in these areas were allowed to regrow for 25 years and again cut for fuel. The regrown forest is now the largest contiguous forest remaining in Southeastern Pennsylvania. 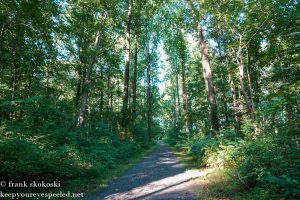 In the woodlands  I  heard the beautiful song of this Carolina wren. It is one of my favorite songbirds. 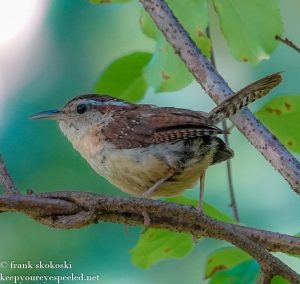 I returned to the main road and followed it as it passed houses were the famers and some of the workers at the furnace would live. 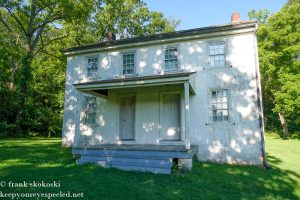 There were gardens with vegetables, 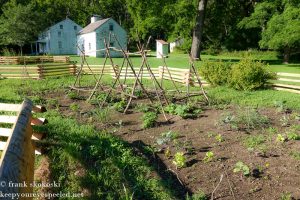 and flowers  that would have been planted by the residents of the homes which were rented from the owner of the plantation. 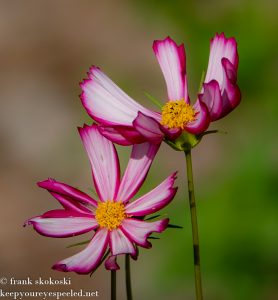 The plantation depicted  the  everyday life of the workers and included a lot of details including this outhouse. 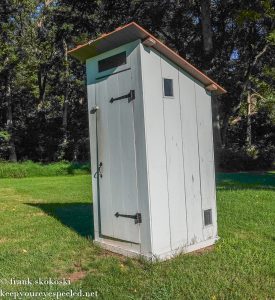 I walked to the last house and enjoyed the pastoral scenery, 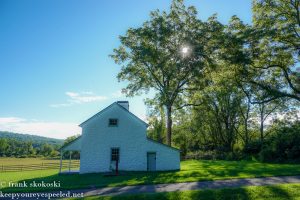 under the morning sunshine. 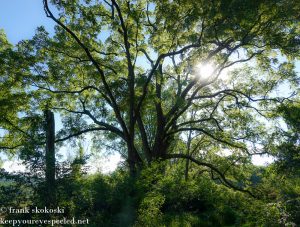 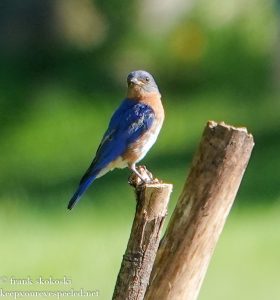 stopped to watch the sheep as they  grazed on the grass in the fields. 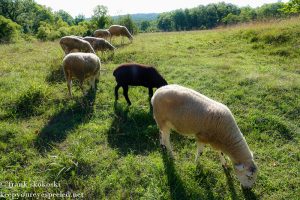 As I was about to leave the  Hopewell Furnace Plantation I realized it was now past 9. a.m. I decided to stop in the visitor center. I had a nice chat with the rangers, about  Hopewell Furnace and where to eat breakfast. They convinced me to watch the 15 minute video on  the history of Hopewell Furnace. I am so glad I did It was very informative and I learned so much about the history of the iron industry in Colonial America and about the living conditions of the owners and workers on the plantation. 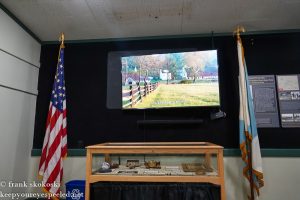 I left the center and stopped in to view the now open iron forge. 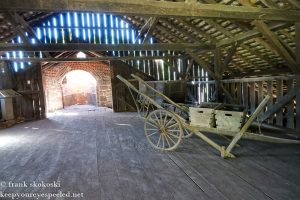 The rangers were now conducting tours of the plantation. I wish I had more time to explore this wonderful place, but I  was getting hungry and I still had 2  miles to go to finish my hike. I hope to return again soon . Here is a link to a gallery with some more photos from my  hike in the Hopewell Furnace. French Creek State  Park Hopewell Furnace August 12 2022

“A generation which ignores history has no past and no future.”
Robert Heinlein, 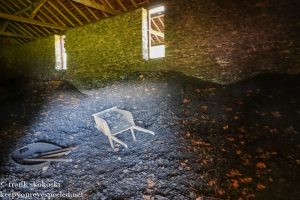