Finally, Some Photographs Of Wood Ducks, Wild Flowers And Many More Signs Of Spring

April 19, 2019 / fskokoski@gmail.com / Comments Off on Finally, Some Photographs Of Wood Ducks, Wild Flowers And Many More Signs Of Spring

Finally, Some Photographs Of Wood Ducks, Wild Flowers And Many More Signs Of Spring

Warm weather  finally arrived here in Northeastern Pennsylvania. Temperatures remained above freezing all week. I knew this  would mean a surge of new growth at the PPL Wetlands in Salem Township. And I still wanted to get some photographs of the elusive wood ducks nesting there.

It didn’t take long to notice many changes that occurred in the Wetlands since my visit last week.  The long awaited green leaves of new plant growth were scattered along the trails. 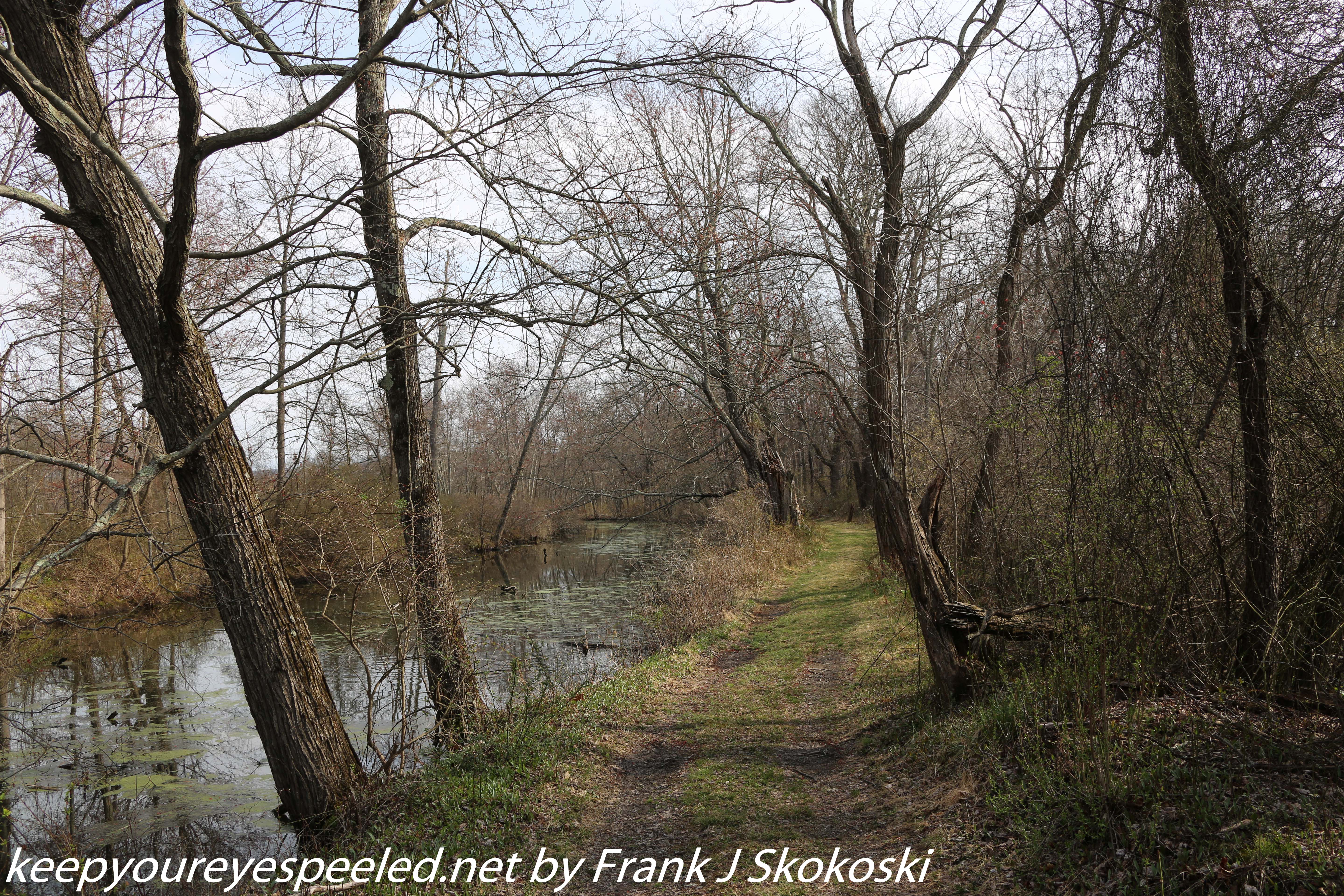 I couldn’t identify many of the plants but they sure were a welcome sight.

I did recognize the lowly skunk cabbage. They had grown considerably and were now lush and green. Anything green was a welcome sight after the browns, grays and whites of Winter. 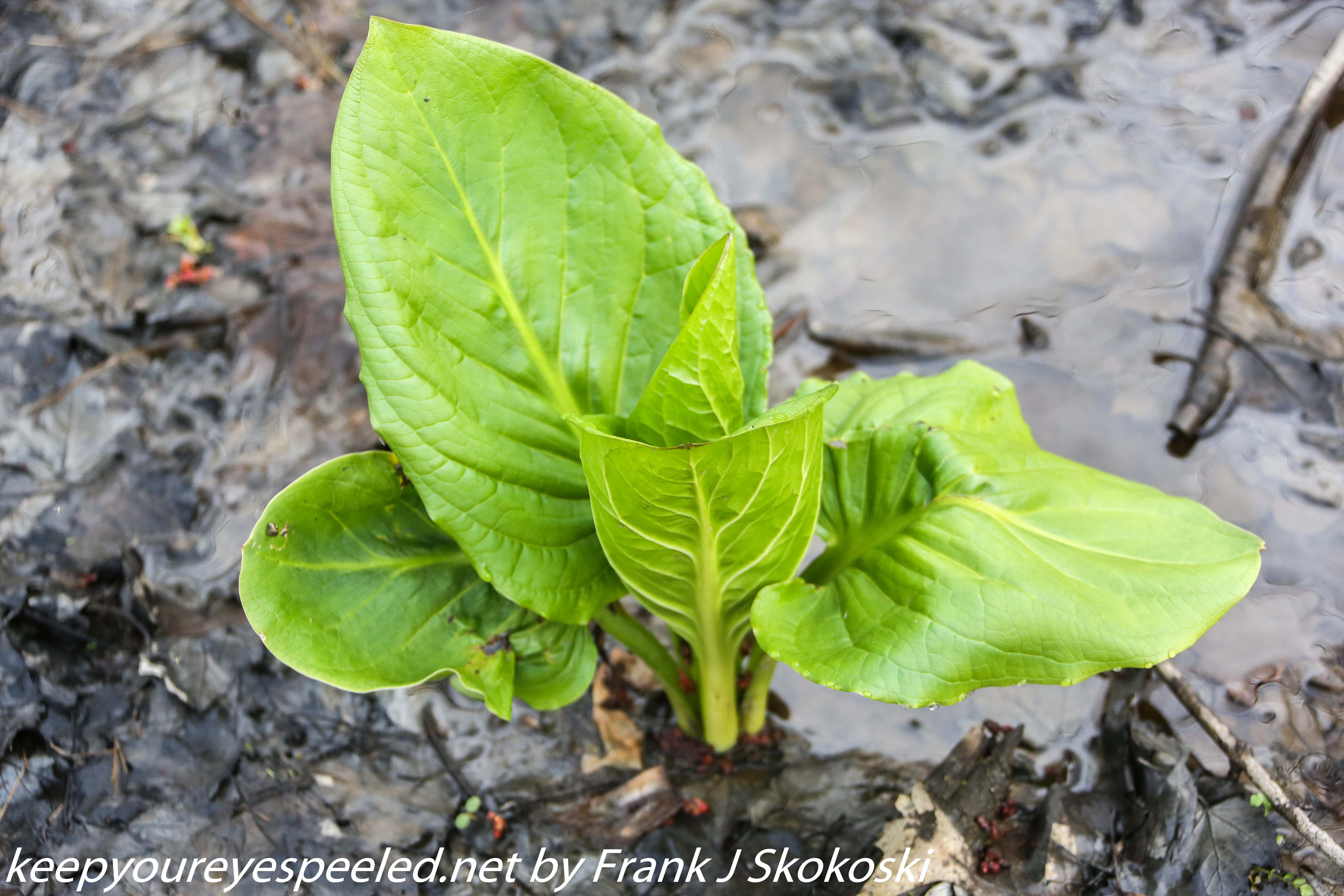 As I walked along the canals of the Wetlands I noticed the first hints of color on the trees just waiting to burst forth in the next few weeks. 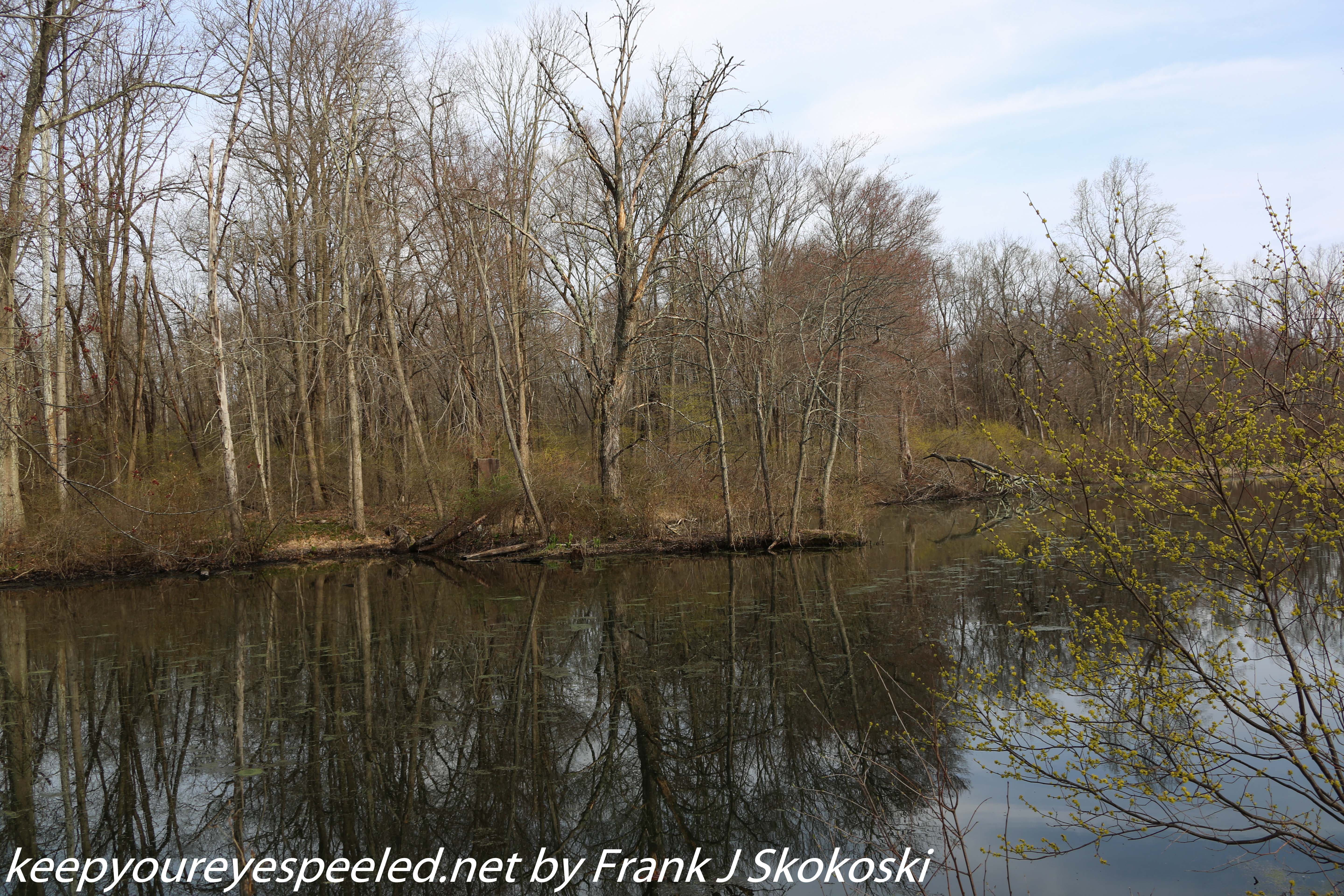 The sounds of Spring were everywhere too. The spring peepers were already past their  peak but other frogs now took their place. And there were frogs everywhere in the Wetlands now.

The red-winged blackbirds also were active. The males were perched high on the tree tops singing and chattering their hearts out.

i approached a small pond and was delighted to see a pair of wood ducks swimming in the distance.

I love to photograph these beautiful and secretive duck.

I soon discovered this male even closer to me.

Finally I was able to get some photographs of this exquisite duck feeding on some fresh duck weed.

They pair soon flew of and this fellow followed them. I walked to  the river lands section of the nature preserve.

Along the way I found another sign of Spring. Dogwood trees were in

And so were the  beautiful trout lilies. It is so good to see these flowers after the long winter.

At Lake Too-A-While I found not wildlife, but crowds of fisherman. Fishing season started this week. Unfortunately I believe the fisherman chased  the many ducks, geese and cormorants that have been on the lake. Or they could have migrated further north.

I didn’t see the blue herons and bald eagles either.There still were a few Canada geese and mallard ducks in the lake.

I walked past the lake and on the Susquehanna Warrior trail. Here I saw some cardinals,

I walked out to a pond and grove along the river. The clouds began to thicken so I headed back. Rain and thunderstorms were in forecast.

I walked back, enjoying the newly sprouted flowers and listening to the birds and frogs. I saw a few more frogs,

I was hoping to see the wood ducks again. I didn’t, but I was satisfied having seen them earlier. It was a beautiful Spring day in the Wetlands. They all are and they will    only get better. I love the Spring!  Here is a link to some more photographs from my walk. PPL Wetlands April 14 2019.

“Spring adds new life and new beauty to all that is.”
— Jessica Harrelson