Finally, Some Wildlife Sightings On An Early Morning Hike In The PPL Wetlands

August 26, 2020 / fskokoski@gmail.com / Comments Off on Finally, Some Wildlife Sightings On An Early Morning Hike In The PPL Wetlands

Finally, Some Wildlife Sightings On An Early Morning Hike In The PPL Wetlands 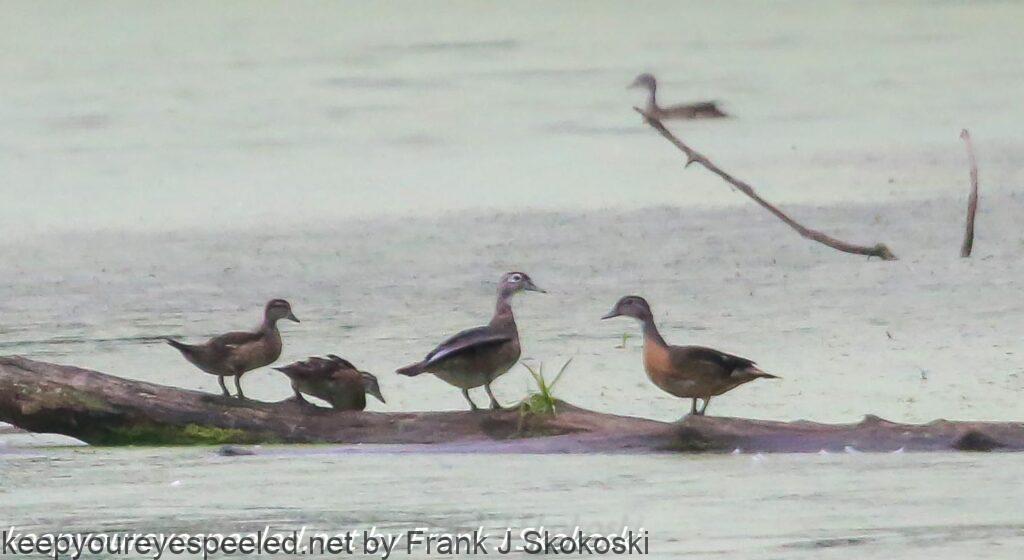 On my last few hikes in the PPL Wetlands in Salem Township, Luzerne County I saw little wildlife.  I think this was  for  a number of reasons. First many of the song birds have already began their journey south. Second I have walked on some very hot days and I believe this discourages wildlife activity. And finally just bad luck . I know their are  a number of critters that live here. I am particularly interested in seeing, and photographing the kingfishers, wood ducks and bald eagles living in, or near,  the wetlands . On Sunday, before my hike,  I posted on my Facebook page that this is why I was was returning two days in a row, to try and photographs any of this trio of elusive birds. 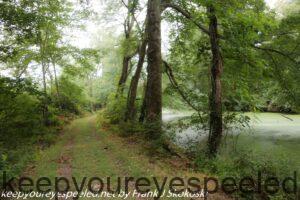 It was overcast, humid and a mild 68 degrees when I arrived at the wetlands around 7 a.m., about a half hour after the sunrise. Once again it was quiet in the wetlands.  No croaking frogs or singing birds. But I was pleasantly surprised to see this, I believe a female common yellow throat warbler as I began my walk. 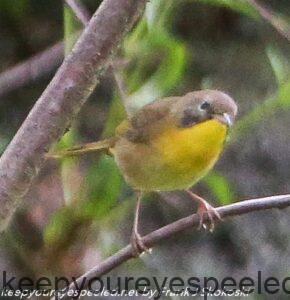 My luck continued when I approached one of the large ponds in the wetlands. I came upon a family of wood ducks, and they didn’t fly off! 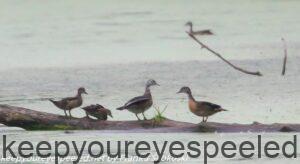 Unfortunately it was overcast and the lighting poor and the duck  family was perched on a log some some distance across the pond. Although the photos weren’t the best it was nice to observe the elusive wood ducks for about ten minute. A green heron flew by almost striking one of the perched wood ducks. 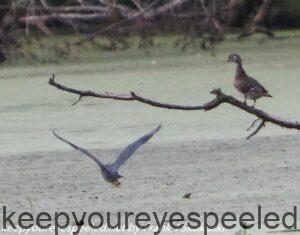 My wildlife sightings continued as I walked through the wetlands. First I saw this muskrat swimming in one of the duck weed covered canals.

Then I saw this great blue heron, and 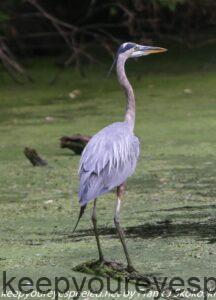 this green heron on the canals. 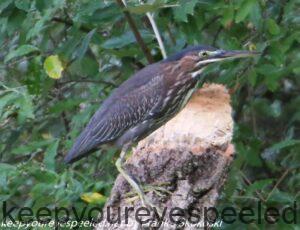 In the distance, high on a tree top I saw this pileated woodpecker. These beautiful birds have always been on of my favorites.  Because of the cloud cover and distance this was the best  could do with my camera. It certainly does not do this magnificent  bird justice. 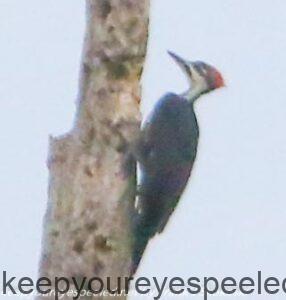 Across one of the old canals was another family of wood ducks. 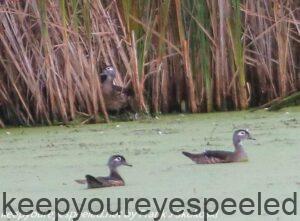 A cardinal flew overhead and landed nearby. 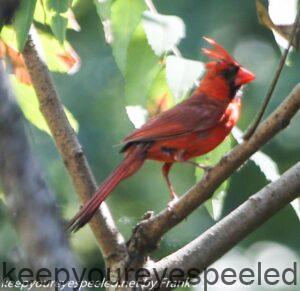 It was early so the cicadas were quiet but I was pleasantly surprised that there were no mosquitoes, gnat s or flies either. 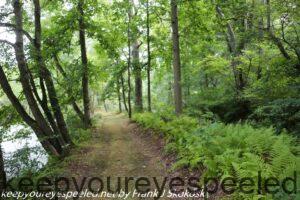 Along the trails I saw some wildflowers including pretty yellow evening primrose flowers, 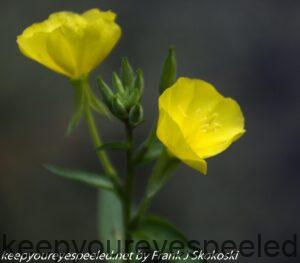 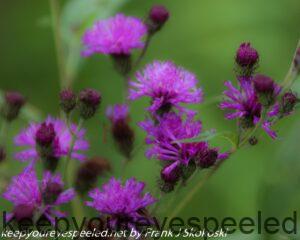 these devil darning needle flowers. My blog post from the previous day has many  more photos of the late summer wildflowers and berries now found in the wetlands and river lands. 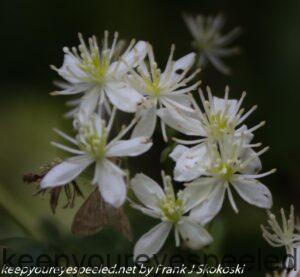 As I walked toward the river lands section of the preserve my  luck spotting wildlife continued. I saw this flycatcher, I believe an eastern phobe (although it may be an eastern peewee, they are very similar). 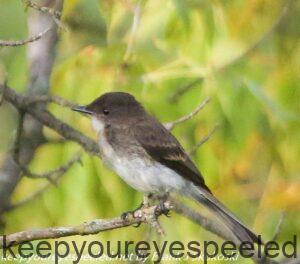 And then this cottontail rabbit. 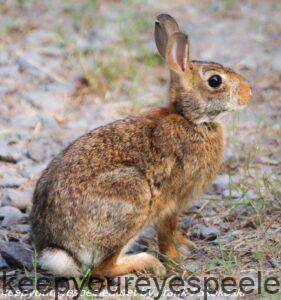 The clouds cleared and the sun appeared as I  entered the river lands and approached lake Took-A While. 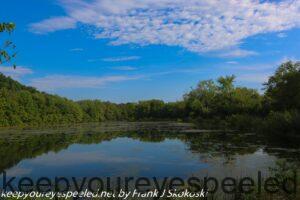 A pair of noisy kingfishers were flying over the lake as I walked  along the shore. One landed in a tree right above me but flew off before I could get a good photograph. I was able to capture one of them in flight,  Again not a great photo, but the second of the three birds I wanted to photograph. 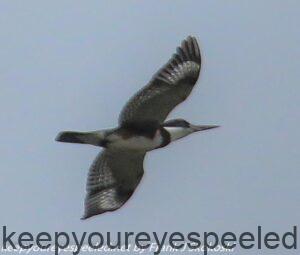 Along the lake I saw a few interesting insects including these milkweed bugs, 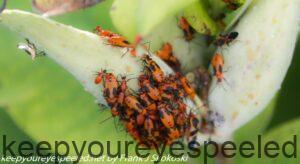 this wasp on a butterfly weed flower  and 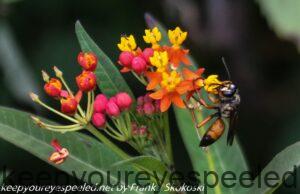 this pretty dragonfly on an evening primrose flower. 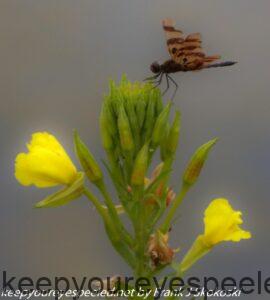 The large flock of Canada geese was again missing from the lake but I could hear their honking on the Susquehanna River in the distance. I saw a hawk  at the other side of the lake, I think it was a red-shouldered hawk. 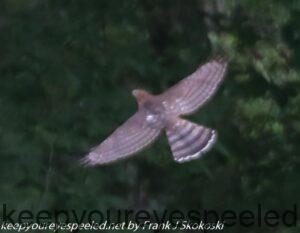 I  began my return hike back to the wetlands  and my luck seeing wildlife continued. Two bald eagles flew over the lake. I didn’t see them until they had past me and this was the best photo I could get, since the skies had again become cloudy. Still, I was pleased to have captured an image of the three birds I had hoped to see when I began my hike, especially the bald eagle. 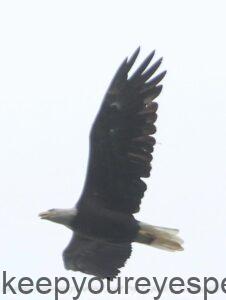 I walked back to the wetlands and saw another phobe, 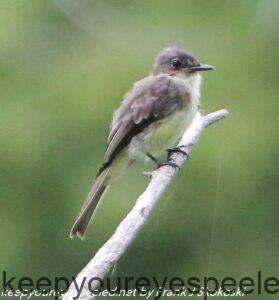 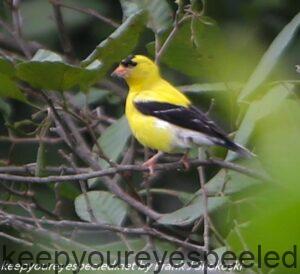 some more wood ducks, this one perched on a log with a couple of turtles 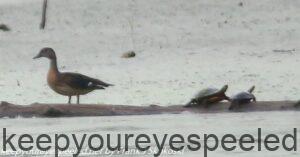 and this swallowtail butterfly  on a cardinal flower. 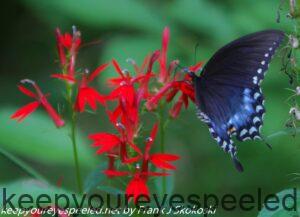 I always enjoy  my hikes in the wetlands but I was especially pleased with all of the wildlife I  saw on this hike. My only regret was  I wished the photos were better. I enjoy sharing the beauty of nature I find on my hikes here in Northeastern Pennsylvania. Here is a link to a gallery with some more photographs of the wildlife I saw on my early morning hike. PPL Wetlands hike August 23 2020. 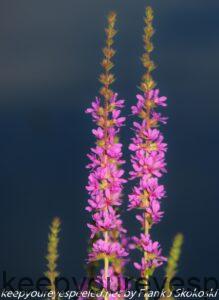 “If we can teach people about wildlife, they will be touched. Share my wildlife with me. Because humans want to save things that they love.”
― Steve Irwin 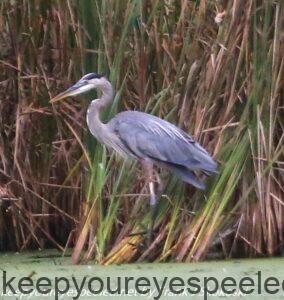