Herons And More Summer Heat: A Hike In The PPL Wetlands

August 3, 2020 / fskokoski@gmail.com / Comments Off on Herons And More Summer Heat: A Hike In The PPL Wetlands

Herons And More Summer Heat: A Hike In The PPL Wetlands

It wasn’t quite as hot on Saturday as it has been on some of  my previous hikes these past few weeks when  temperatures were in the  mid 90’s.  But it was still hot at he PPL Wetlands in Salem Township, Luzerne County on Saturday morning. . Temperatures were in the mid 70’s when I arrived and quickly rose into the mid 80’s. Average August  weather in Northeastern Pennsylvania. 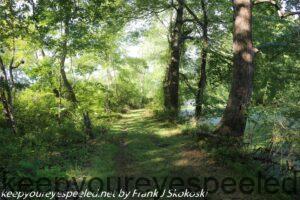 Upon arriving at the wetlands I noticed that the trails had been improved. The grass was cut and the brush growing along the trails cleared. Not only does this make it easier for hiking it also allows for a better chance of capturing  photos of wildlife along the trail. 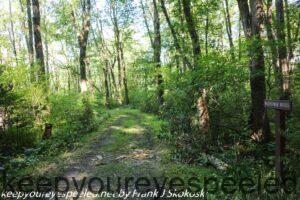 It was also easier to observe the wildflowers growing along the trail, like these beautiful native  cardinal flowers.  I love seeing this bright red flowers of mid-summer. 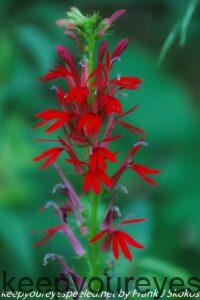 Another mid to late summer wildflower, or weed, has started to bloom. The early goldenrod . 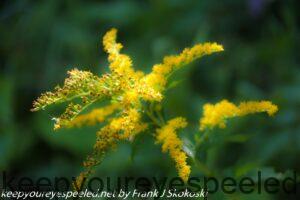 The poisonous pokeweed plant  flowers have produced green, but soon to be, purple,  berries, 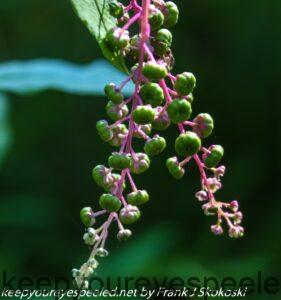 and the edible blackberries were plentiful throughout the wetlands. 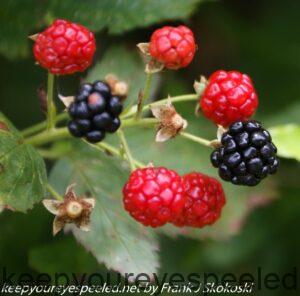 These past few weeks I have seen  a number of green herons in the wetlands and my observations continued on Saturday. I must have seen a dozen on my five mile hike, beginning with this fellow. 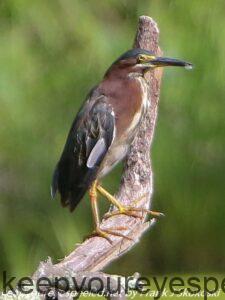 They  stand motionless waiting for a fish or frog to appear in the duck weed covered waters of the canals and ponds in the wetlands. 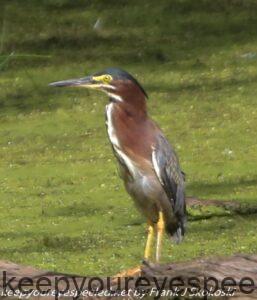 They are as still as statues, until disturbed by a noisy hiker who comes along. 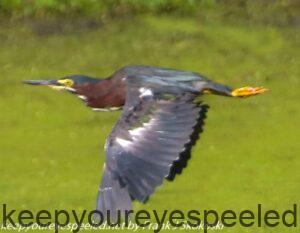 Soon after watching the green heron I came upon this muskrat also sitting,  seemingly,  motionless as I approached. 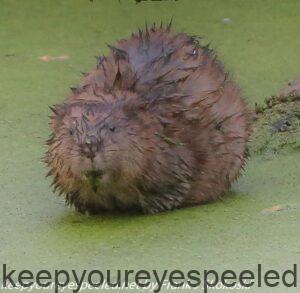 However, as I got closer, I  saw  he was feeding on   some duck weed. As I continued my hike  I scared a few wood ducks and blue herons that also flew off as I approached. 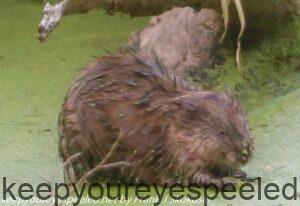 Leaving the wetlands I came to Lake Took-A-While. Once again, despite the heat,  it was crowded with fishermen, hikers, bikers and dog walkers. But no kingfishers, ospreys or bald eagles. I haven’t seen any of these birds for many weeks now. The Canada geese were not even at the lake. I think it is because of the heat. 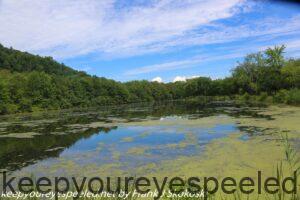 There were a few birds in the shade of the  trees along the trail near the lake including this flycatcher, 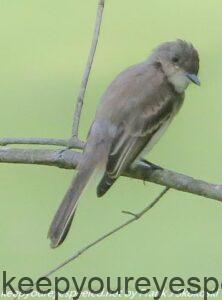 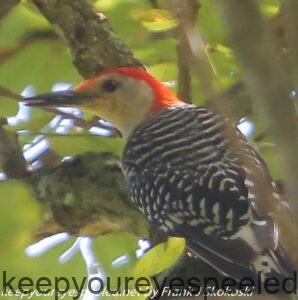 and this Carolina wren with a wasp it captured. 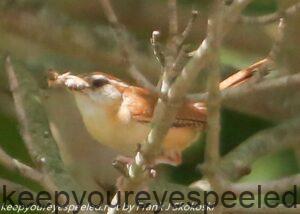 I walked down to the river in the hopes of spotting the osprey or bald eagle but again they were not around.  It was getting hotter under the August late morning sun so I began my hike back photographing some of the many colorful dragonflies darting along the shores of the lake. I could spend hours watching these amazing insects. 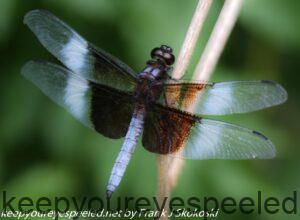 I also saw this swallowtail butterfly, 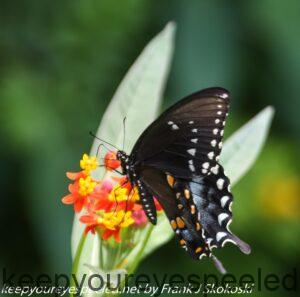 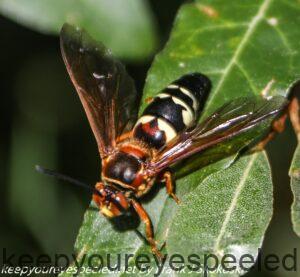 and this spider as I made my way back to the wetlands. Once again I wished I  could carry me macro lens with me too on these long hikes. 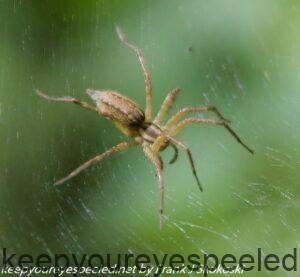 In the wetlands I saw a few more green herons and this great blue heron  perched on a log. 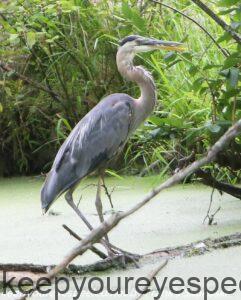 Like its cousin the green heron it, too, stands motionless waiting for it’s prey. 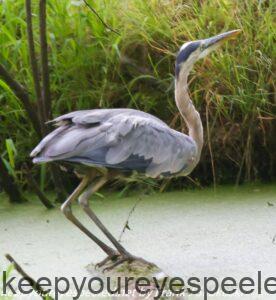 And like the green heron earlier it decided to leave, 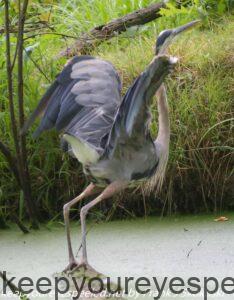 when I got to close. Here is a link to a gallery on my website with more photos of the blue and green herons I saw on my hike. PPL Wetlands hike birds August 1 2020. 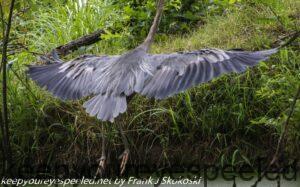 It was now past noon and hot. I had walked five miles and called it a day. I know there are so many other wonderful hiking trails here in Northeastern Pennsylvania. But I am getting very fond of the PPL Wetlands. And once again it did not let me down and provided me with some more beautiful photographs to share. Here is a link to a gallery with some more photographs from my hike. PPL Wetlands Hike August 1 2020. 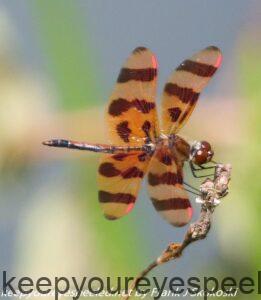 God comes to each of us in the form we can best perceive Him. To you, just now, He was a heron. To someone else, He might come as a flower or even a breeze.   Richard Zimler 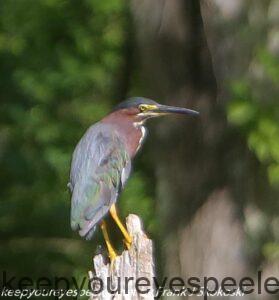