Hiking Along The Weissport Canal.

February 16, 2020 / fskokoski@gmail.com / Comments Off on Hiking Along The Weissport Canal.

Hiking Along The Weissport Canal. 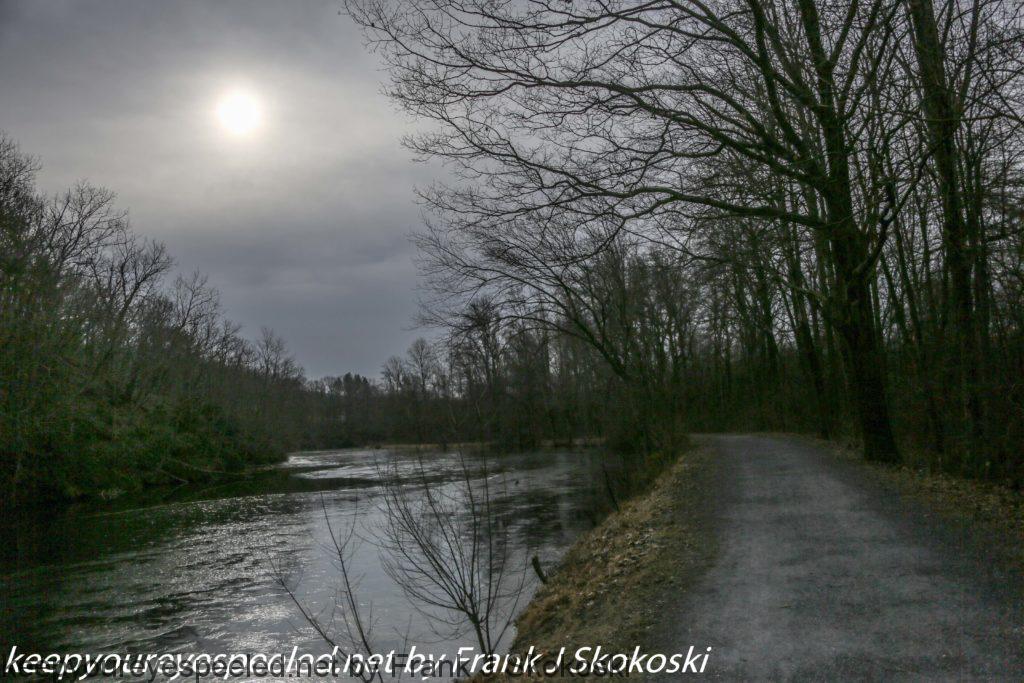 Temperatures warmed up here in Northeastern Pennsylvania overnight. It was  3 degrees on  Saturday morning  but had risen to a mild  25 degrees here in my backyard in Hazle Township this morning.  Warmer, but still below freezing.   I knew that the ponds and canals  at the PPL Wetlands  would still be covered in ice.  So I decided to head south to the Weissport Canal in Lehigh County . 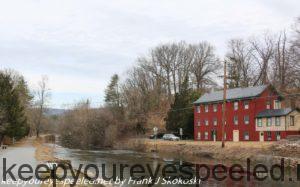 Located about 20 miles to the south I hoped to find some open waters on the canal and see the geese, ducks and common mergansers that left the PPL Wetlands because of the newly formed ice. Upon arriving at the Weissport Canal I found portions of the canal free from ice but much of the canals where covered in a thin layer of ice. 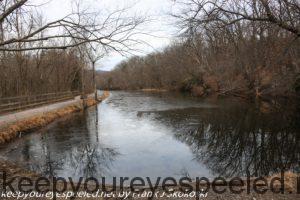 The waters of the Lehigh River  which flows next to the canal,  were ice-free and I was hoping I would see some water birds on my walk. 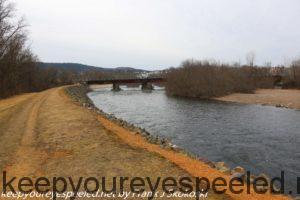 It was overcast and near 30 degrees when I began my hike. I  soon found a pair of geese with the same dilemma that the geese had in the wetlands yesterday. 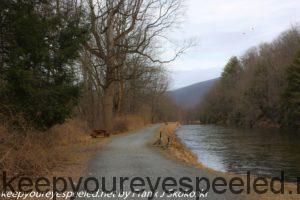 They were staring at the frozen  waters of the canal almost in disbelief. They could not escape by swimming so the flew off as I approached. 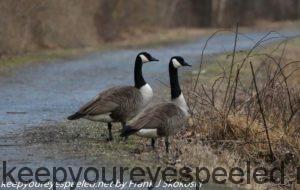 Unfortunately I did not see much wildlife activity on my walk. A few cardinals, black-capped chickadees and, once again, a beautiful pileated woodpecker flew overhead, but not close enough to capture any photographs.  I did manage to photograph this chipmunk. 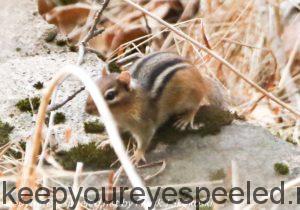 And I did find this cocoon. I thought it was a butterfly but a friend on Facebook identified it as the cocoon of a polyphemus moth.  I don’t think I have ever seen  one but I  found a photograph on Google and they are beautiful . 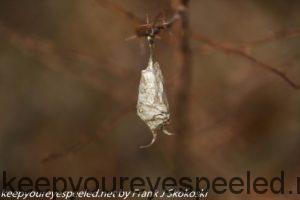 The trail  took me past the locks of the old Lehigh Canal. Opened in 1829, the canal brought lumber and coal to the markets in Philadelphia and New York before the development of the railroad. 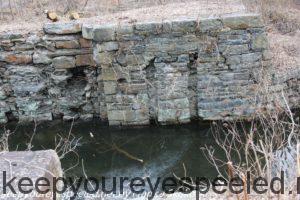 I wonder what the men who laid these stones in place were talking about while they worked. Where did they live? What did they eat? Did their wives or children ever visit them at work?  I often think these thoughts when I find old ruins and buildings. Although its commercial significance decreases after the coming of the railroad the canal still operated until 1932. There is more history about the canal on  earlier blog post that can be searched in my blog  archives. 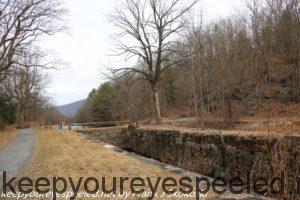 The waters of the old canals emptied into the Lehigh River in a few locations. The cold temperatures created some interesting ice formations at these locations, 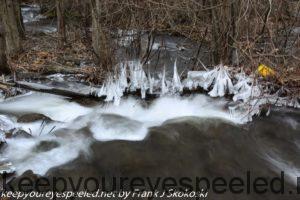 and on the cliffs that towered over the canal. . 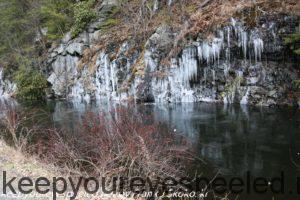 My walk continued out to the Bridge to Nowhere. 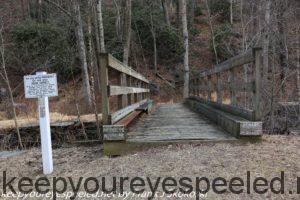 This peaceful spot to reflect has come into disrepair but it is still a nice place to stop and reflect on life and it’s meaning. I did this morning.

I began my walk back along the canal. On my walk out I did not see a single person. However on the way back I say dozens of folks walking, running or biking on the trail. Some with children, others walking their dogs. It was good to see so many people enjoying the outdoors even on such a dreary Winter day. This is a link to a gallery with some more photographs from my hike. Weissport hike February 16 2020. 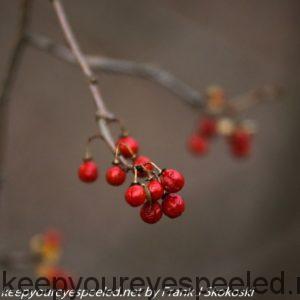 In all things of nature there is something of the marvelous.” – Aristotle 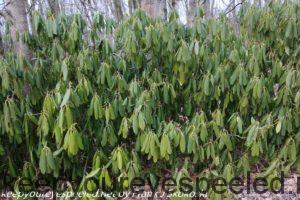