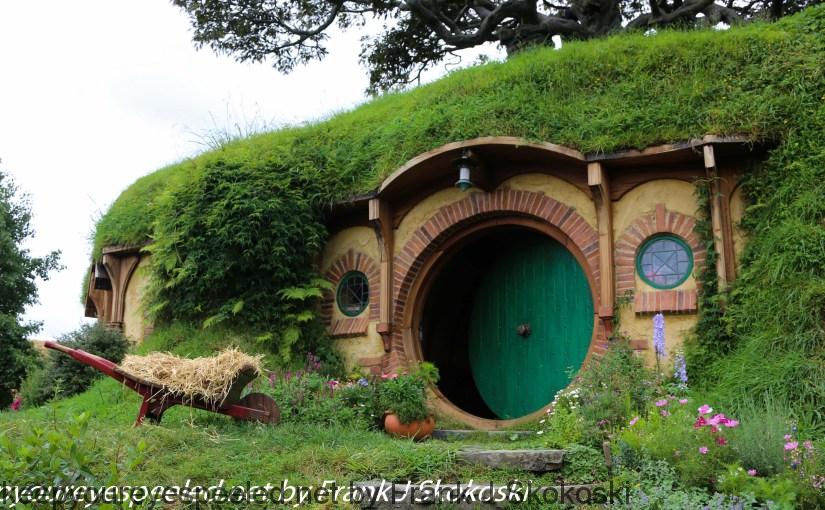 In a hole in the ground there lived a hobbit. Not a nasty, dirty, wet hole, filled with the ends of worms and an oozy smell, nor yet a dry, bare, sandy hole with nothing in it to sit down on or to eat: it was a hobbit-hole, and that means comfort – J.R.R. Tolkien. 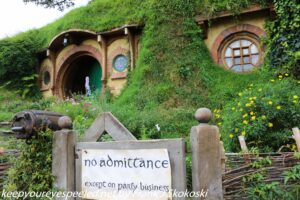 It seems like it was only yesterday I first read those words. It was  in a study hall in high school. It was a beautiful Spring afternoon and a friend, Tony, told me I had to read this book, the Hobbit.  I refused and I said it looked stupid. I was stubborn even at 15 years old. 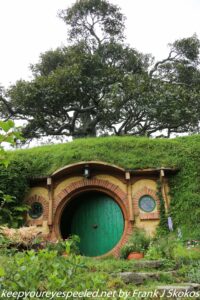 He left the book  with me anyway.  When he left I took a peek and read those introductory words.  I didn’t stop reading  until the study hall was over. This was my first introduction to Middle Earth and the magical world  that J.R.R. Tolkien created. 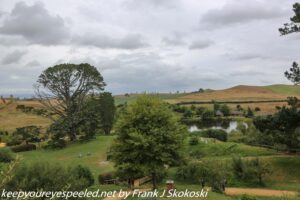 I read the Hobbit. Then the Lord of the Rings. And the Silmarillion. And re-read them dozens of times. It was a ritual every Spring. 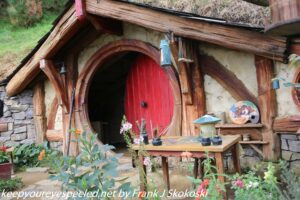 It was a world I often escaped while in high school. college and  law school. Tolkien created another world. His story of how good, common folk can overcome evil and adversity  in a wild and strange world became a part of my own personality. 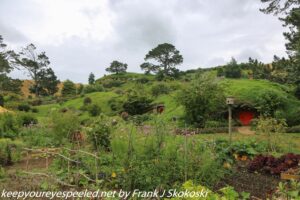 I was very  pessimistic when I heard  of the Lord of the Rings  movies being produced .  How could they capture the magic of Tolkien’s universe. (And universe it is, the creation story in the Silmarillion is one of the most beautiful I have ever read).Well Sir Peter Robert Jackson, with the help of the spectacular scenery of New Zealand did. I loved the movies.  I have watched them dozens of times.  I have seen some of this magnificent  scenery on my travels in  New Zealand.(This is where I ended my blog in New Zealand. The rest of this post is now four weeks later) 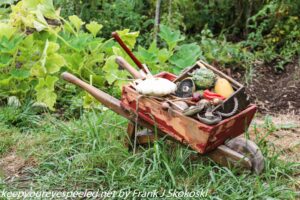 And on my second day in Matamata I got to see where the scenes from the movies of the Shire and Hobbiton were filmed on a small farm near Matamata. My  tour of Hobbiton began at the iSITE information center in Matamata. We boarded a bus for the  15 minute ride to the the Alexander farm on where Hobbiton is located. 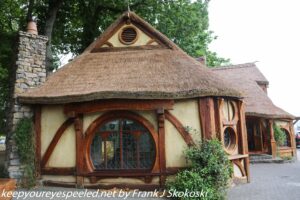 The farm is located in a the rolling hills of Waikato region of the North Island of New Zealand. 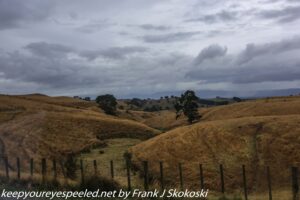 It was easy to see why Sir Peter Robert Jackson chose this unspoiled area to create Tolkien’s magical village. 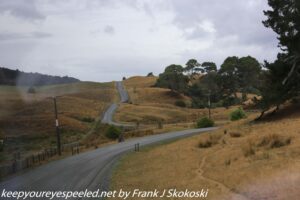 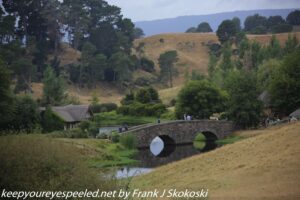 We drove the winding roads through the beautiful countryside under overcast skies. There was rain in the forecast. I was hoping it wouldn’t arrive until after our tour.  Here is a link to a gallery of more photos to and from our ride to the village. New Zealand Day Seventeen Drive to Hobbiton February 22 2019 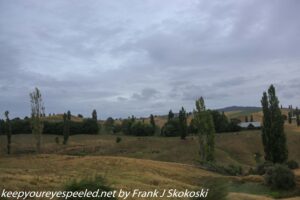 We learned a lot about how the location was chosen and the owners of the farm, the Alexander family. As we neared Hobbiton, our bus picked up our pleasant and informative guide for our tour. 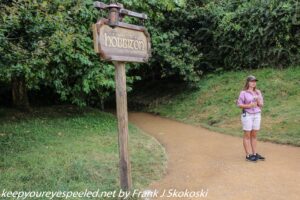 We entered the magical village and soon learned the unbelievable detail that Peter Jackson required in the creation of the movie set. 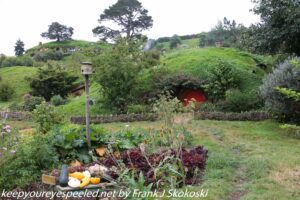 There were real flower and vegetable gardens. 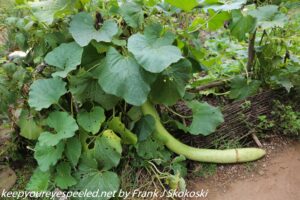 Clothes hung outside the Hobbit homes. 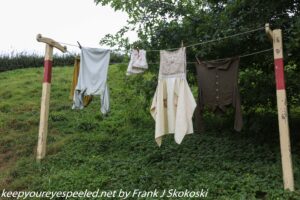 The Hobbit holes were remarkable. Each one had it’s own character. We  walked through the gardens and heard the song of birds and watched butterflies flutter through the air. It was like walking into Middle Earth . 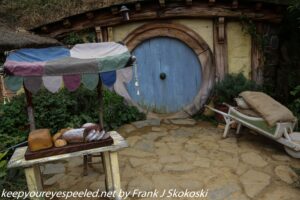 We  were able to see all 44 Hobbit Holes in the village and I photographed each one. 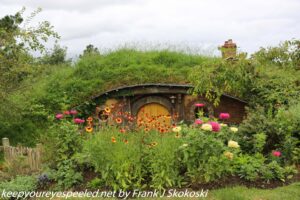 Of course the highlight of our tour was to visit  Bag End the home of the Hobbit who started it all, Bilbo Baggins. 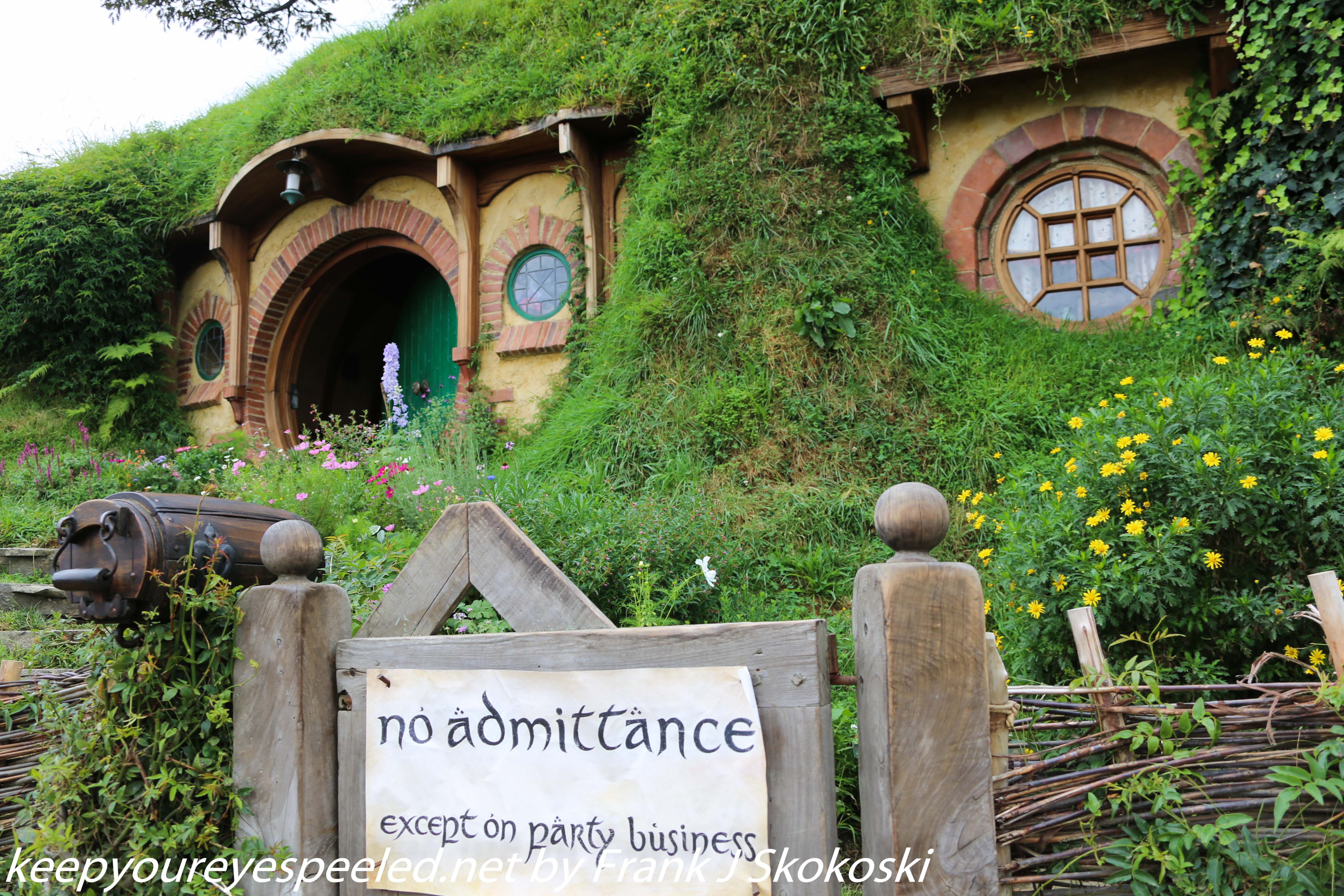 Our guide allowed us some time to take in the significance of this scene to the many J.R.R. Tolkien fans in the group. Here is a link to a gallery  with more photos from the “Shire”. New Zealand Day Seventeen Hobbiton Part One February 22 2019 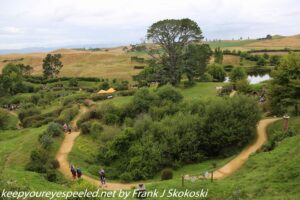 We walked down from “Bag End”  and made our way past more gardens, Hobbit homes and  other  objects that would be found in any rural community. 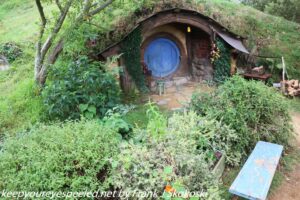 It was apparent that the Hobbits enjoyed a good brew. 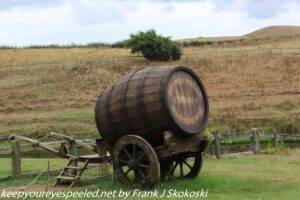 We were treated to one at the famous Green Dragon, the site of many a good time in the Shire. 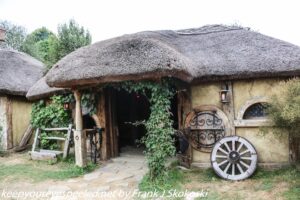 Looking at the fireplace one could easily imagine Frodo, Sam Merry  and Pippin enjoying an ale with Gandalf. 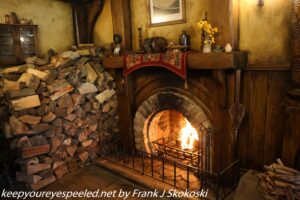 Of course there were maps  of the Shire on the walls. 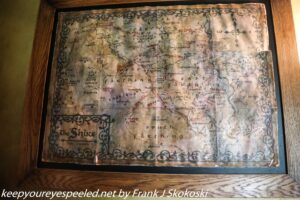 It started to rain just after we finished our tour. We  said farewell to our wonderful guide and boarded our bus for our return to Matamata. 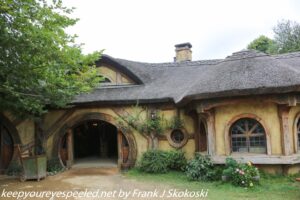 The village truly made you feel a part of a world so many people on this planet have grown to know and love. I know since I was one of them. If you ever  considered  visiting  New Zealand, Hobbiton is one real good reason to make the long trip. Here is a link to another gallery of photographs from the village. New Zealand Day Seventeen Hobbiton Part Two February 22 2019 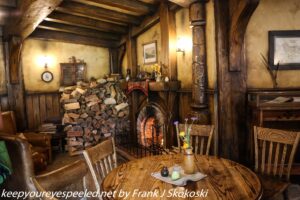 “He [Bilbo] used often to say there was only one Road; that it was like a great river: its springs were at every doorstep, and every path was its tributary. ‘It’s a dangerous business, Frodo, going out of your door,’ he used to say. ‘You step into the Road, and if you don’t keep your feet, there is no knowing where you might be swept off to.’ . . .”
― J.R.R. Tolkien 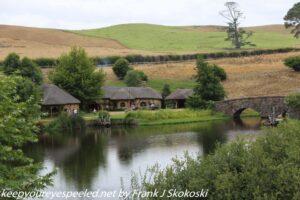