I Didn’t Find What I Was Looking For, Snakes And Bears, But Still A Nice Hike Out To The Penrose Reservoir

I Didn’t Find What I Was Looking For, Snakes And Bears, But Still A Nice Hike Out To The Penrose Reservoir 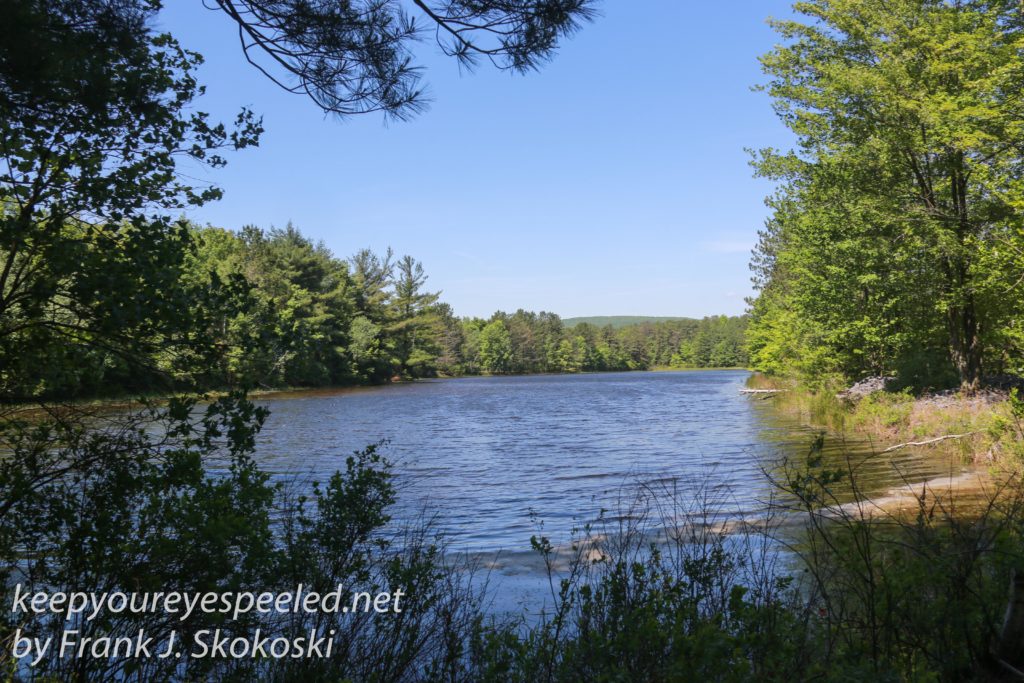 Summer came early to Northeastern Pennsylvania, and we had hazy sunshine and hot temperatures these past few days . On Sunday I decided to get some sun, look for snakes  and hopefully run into the mother bear and her three cubs that were  seen out near the Stockton Mountain. I thought I could do all three hiking up to the Penrose Reservoir near Weatherly. 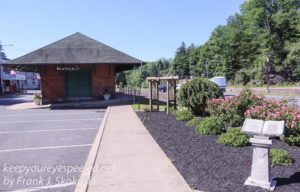 I have been hiking  out here for about five years now and I have a few  blog posts about the long  history of the railroads tracks and the reservoir. 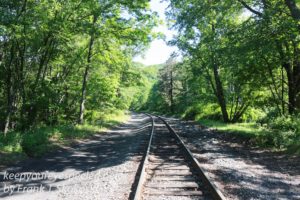 I walked up the railroad tracks  from Weatherly which run along the Black or Hazle Creek. It was already hazy, hot and humid when I began my walk but the fast flowing waters of the creek provided  a blanket of cool air along it’s banks.  I enjoyed hearing the rushing of the waters and  the smell of the cool water was also refreshing.  Here is a link  to a video of the creek I uploaded to my YouTube channel. https://www.youtube.com/watch?v=6ORKVARcPvQ 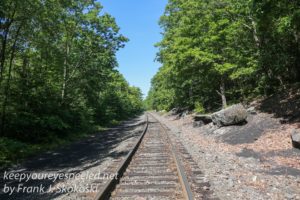 I saw a few birds along the creek robins, sparrows, crows and  this catbird. 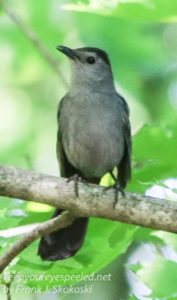 The mountain laurel was beginning to bloom.  There is not a lot of it in this area but, hopefully I will get up to the game lands in the Poconos this weekend where it should be in full bloom. 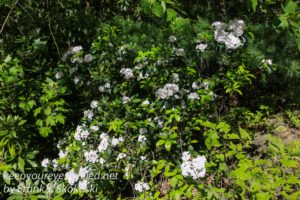 I saw a few of these butterflies attracted to the mountain laurel, I think they are called cloudless sulphur butterflies. 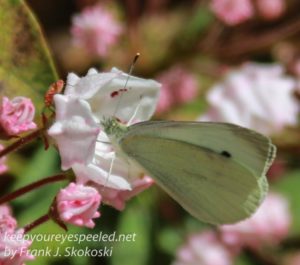 And, along the tracks,  quite a few of these too.  I think they are called silver-spotted skippers. 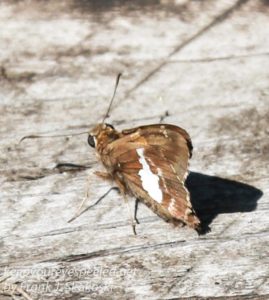 As I followed the tracks I was hoping to find a snake in the many rocks that are found on the ridges next to the tracks. 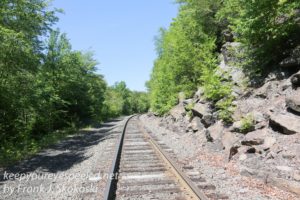 I din’t find any but knew they were there as evidenced by the shed snake skin. 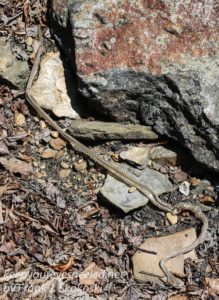 I also noticed a number of fresh holes dug into the soil next to the tracks. judging from there size I guessed they were done by female snapping turtles who tried to get to the creek but were prevented from reaching it by the railroad tracks. 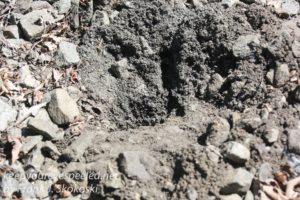 I walked up past the bridge at Hazle Creek Junction and continued on to the Penrose Reservoir. 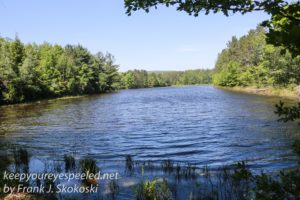 I had hoped to see some water birds here but there were none on the waters  but I did see a lot of dragonflies fluttering above the water. 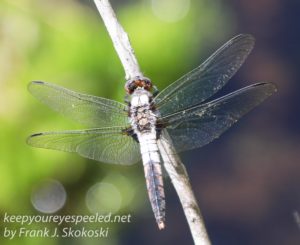 And a few frogs along the shores. 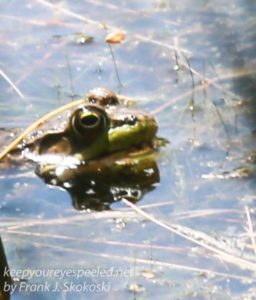 Unfortunately I also found this mess left behind by some folks who have no respect for the environment and property.  It is a shame that people could visit such a beautiful place and leave their thrash behind. . 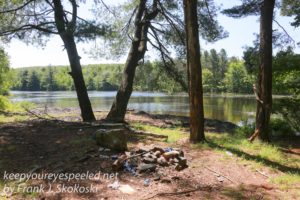 I continued my walk to a pole line when the sun and heat made me decide to turn around.  It was a long way back in the heat but I hoped to still see a snake or a bear. 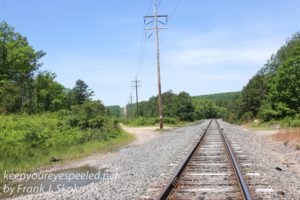 I didn’t see either, only this squirrel who quickly scampered up a tree, 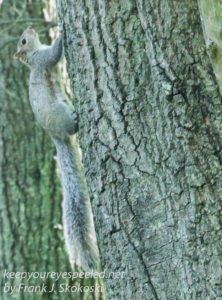 I was hot and exhausted when I got to my car,  I didn’t find the bear or any snakes but it was still a nice day to be outdoors in Northeastern Pennsylvania. Here is a link to some more photographs from my hike. https://keepyoureyespeeled.net/photographs-2017/nggallery/photographs-2017/Penrose-reservoir-railroad-tracks-June-11-2017- 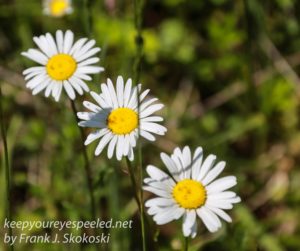