It’s Was Windy And Cold But More Signs Of Spring At The PPL Wetlands. The Song Birds Return!

March 7, 2020 / fskokoski@gmail.com / Comments Off on It’s Was Windy And Cold But More Signs Of Spring At The PPL Wetlands. The Song Birds Return!

It’s Was Windy And Cold But More Signs Of Spring At The PPL Wetlands. The Song Birds Return! 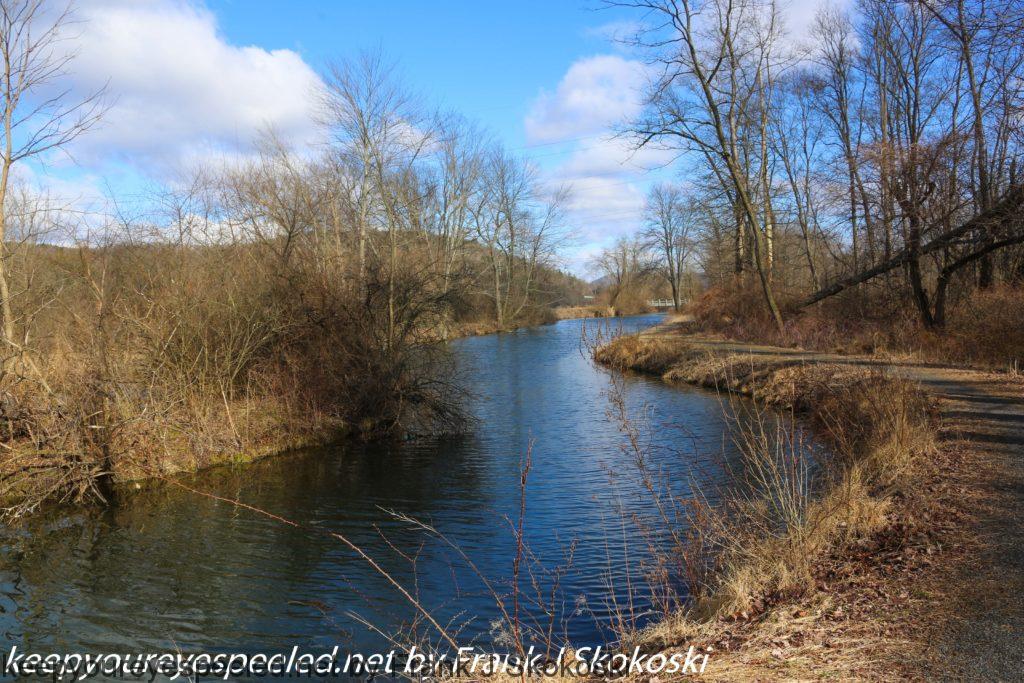 Every day now I have been seeing new signs of Spring on my daily walks. This past Thursday I saw my first robin here in Hazle Township. However, I awoke to a wintry scene  this morning. It was windy, cold and,  the inch of snow that fell overnight,  turned my backyard into a winter wonderland. 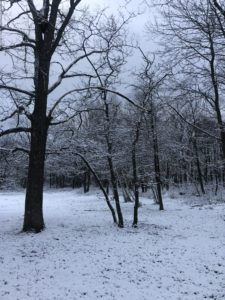 I decided to return to the PPL Wetlands in Salem Township, Luzerne County. . I hoped to see some more of the ducks that are now migrating through our area. And  maybe even one of the bald eagles that I have been observing there.  I also thought I’d get some beautiful  wintry  landscape pictures on my hike . However, when I drove down the mountain near the wetlands I was surprised to find there was no trace of snow. The wetlands are about 1000 feet lower in elevation then my backyard and what a difference the elevation makes. 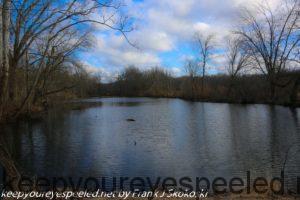 It was still cold, around 28 degrees, and a strong northerly wind made it feel even colder. It was partly cloudy, but   the early March sun is strong and when it broke through the clouds it felt much warmer. 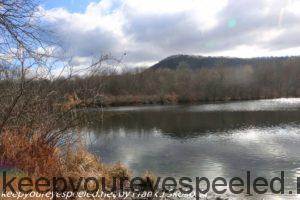 The ponds and canals were all ice-free now, and there were a number of pairs of Canada geese  protecting their nesting areas with some loud honking when I walked by. 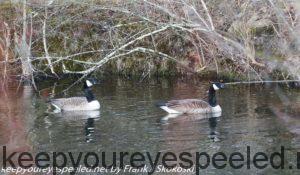 Although there were plenty of geese I was surprised there weren’t many ducks. In fact, I  only saw one in the wetland areas of the nature reserve, a green winged  teal, I think . This was the best photograph I could get. There was a bald eagle too, but the honking of the geese scared it off. I may have been trying to have some teal for breakfast. 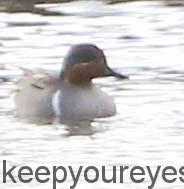 I was also surprised that there wasn’t much other bird activity but this could have been because of the high winds. Even without seeing any of the usual birds, the blue skies and March sun made for some nice scenery on my hike. 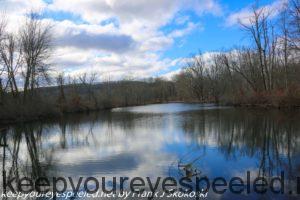 I did see one red-winged blackbird and, 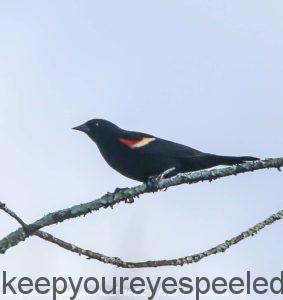 a grackle but that was it for any bird sightings in the wetlands. 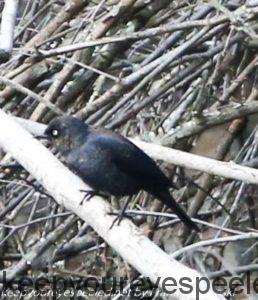 I walked through the wetlands and into the riverlands and Lake Took-A-While. The skies were mostly clear now and they reflected their deep blue color  onto  the waters of the lake. 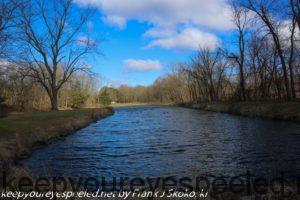 On the lake I found a small flock of common mergansers. 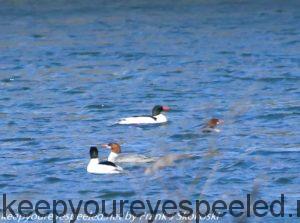 This is a male drake, 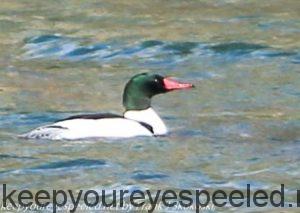 and this a female hen . They are beautiful birds but  very skittish. Once again they flew off as I approached on the trail. 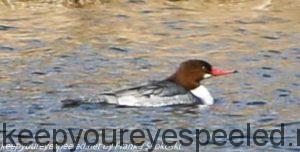 After walking along the lake I entered the river trail. It was still flooded from the heavy rains we got this past week so I decided to turn back. 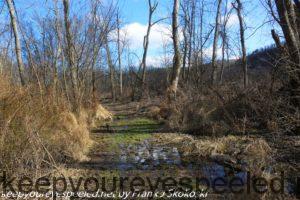 When I was back in the wetlands I saw this bird in a tree, I believe a yellow-rumped warbler. 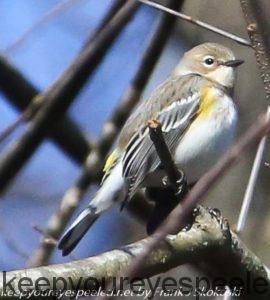 I also saw this bird, I believe a species of vireo. The return of the song birds are clearly signs of Spring and, even though its been a very mild Winter, sure are a welcome sight. 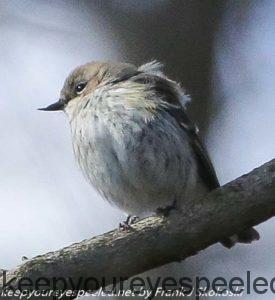 Nearby in a treetop I observed this red squirrel watching me as I watched the birds. 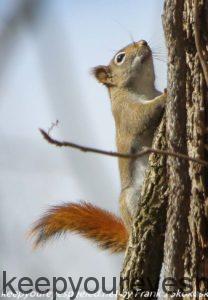 The squirrels and chipmunks keep a low profile in the Winter. Without the leaf cover they are easy targets for the hawks and eagles that roam the skies of the wetlands. 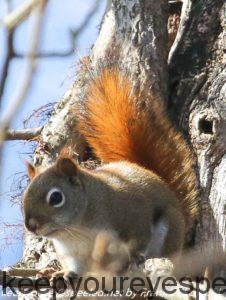 As I finished my five-mile hike I noticed some more signs of Spring, the appearance of the skunk cabbage in the wetlands. 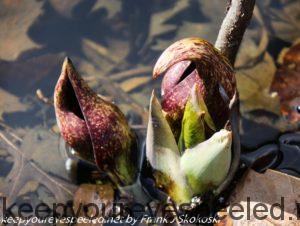 We may still get some cold days, and we may still see some snow, but every days now we will also see signs that Spring is almost here. And it is a wonderful time of year, especially outside enjoying the beauty of nature. Here is link to a gallery in my blog with more photographs from my hike. PPL Wetlands March 7 2020 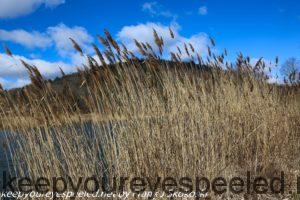 It was one of those March days when the sun shines hot and the wind blows cold: when it is summer in the light, and winter in the shade.     Charles Dickens