March Goes Out Like A Lamb At The PPL Wetlands.

April 2, 2018 / fskokoski@gmail.com / Comments Off on March Goes Out Like A Lamb At The PPL Wetlands.

March Goes Out Like A Lamb At The PPL Wetlands. 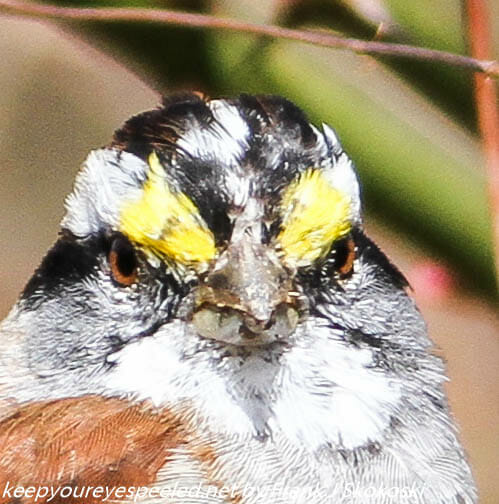 It was a clear and seasonably cold start Saturday morning. The temperature was 28 degrees in my back yard. Not too bad for the last day of  March here in Northeastern Pennsylvania. I knew the strong March sun would warm it up.  I decided to see if the spring peepers were awake at the PPL Wetlands. 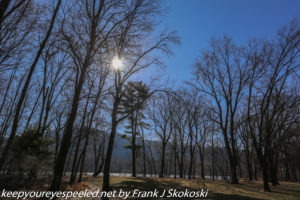 These small, and seldom seen, frogs create one of my favorite sounds of early Spring. It was sunny and a bit warmer at the wetlands. And sure enough the tiny frogs were already engaged in their noisy singing. As the sun warmed up the waters of the wetlands, the sound of their chorus reached an almost deafening level. Here is a video    I uploaded to my Youtube channel. 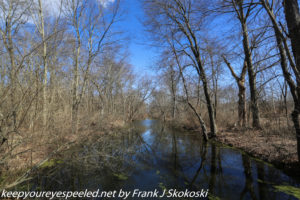 I walked through the wetlands under the strong March sun enjoying the song of these tiny frogs. 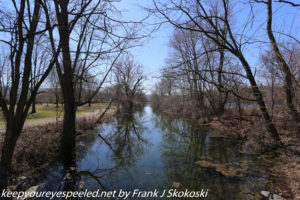 I was hoping to again see the many species of migrating ducks that I have observed in the wetlands the past few weeks. I was disappointed. No ring necked, buffleheads or teals. Just a few mallards establishing their nesting territories, 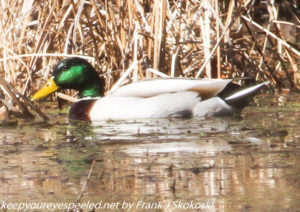 and the pair of geese. Once again, they started honking as soon as I approached.

I also saw a few of the year long residents such as this red breasted nuthatch, 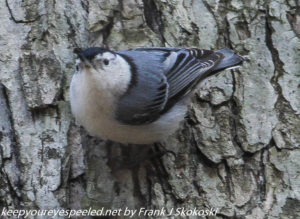 and a lot of black -capped chickadees. 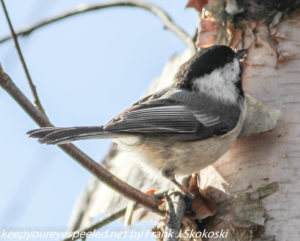 This white throated sparrow landed next to me and seemed to encourage me to take his photograph. 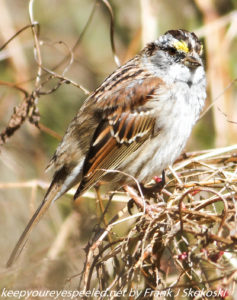 There were also some more new arrivals like the turkey vultures that soared overhead, 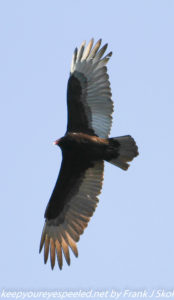 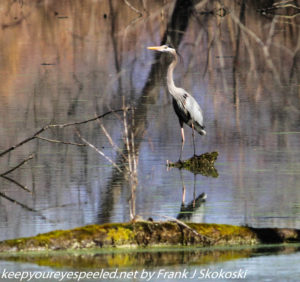 and of course many robins looking for worms in the muddy wetlands. 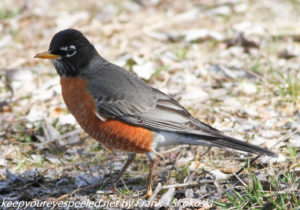 I walked out to Lake-Took- Awhile. The ducks were gone but a pair of common mergansers was still  swimming on the deep blue waters of the lake. .

And some new arrivals, a few double crested  cormorants were now on the lake. 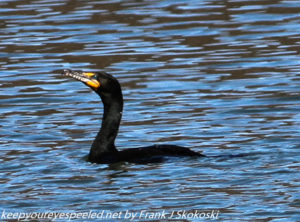 I also learned another  one of my favorite birds has returned to the wetlands, a belted kingfisher. I love watching this birds dive for fish. 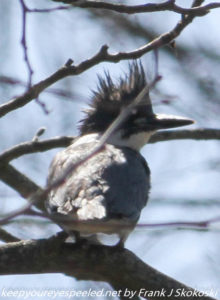 There were also quite a few turtles on the banks, logs and rocks in the wetlands, enjoying the warm rays of the March sun. 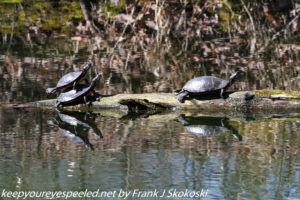 As I began my return walk I also noticed the return of the flycatchers, another sure sign that Spring has arrived. 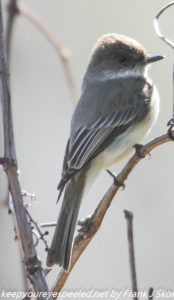 And the sunshine also warmed the ground and started some plants to begin to grow, Green is my favorite color of Spring. 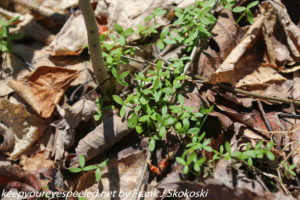 I walked along the banks of the Susquehanna River still hoping to see some water birds or even a bald eagle.

No luck but I did see a few sparrows along the way. Here is a link to some more photographs of the birds I saw my hike. PPL Wetlands birds March 31 2018. 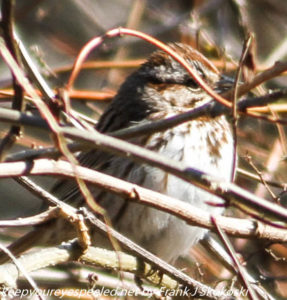 I was also surprised there weren’t more squirrels or chipmunks in the wetlands. I did see a few and was able to photograph this fellow. I think he thought I didn’t see him hiding in the brush. 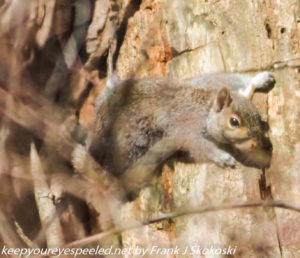 Every day will now bring  new critters and plant growth to the wetlands and woodlands of Northeastern Pennsylvania.  I will be be spending as much time outside so I can  see it unfold. I love the Spring. Here is a link to some more photographs from my hike Saturday. PPL Wetlands March 31 2018. 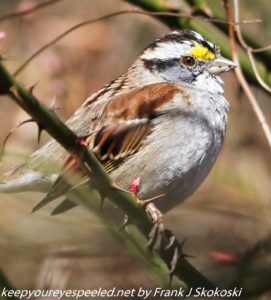 “The earth has its music for those who will listen,
Its bright variations forever abound;
With all the wonders that God has bequeathed us,
There is nothing that thrills like the magic of sound.” George Santayana.