More Railroad History. The Catawissa Railroad And A Foggy Hike To The Lofty Tunnel.

More Railroad History. The Catawissa Railroad And A Foggy Hike To The Lofty Tunnel. 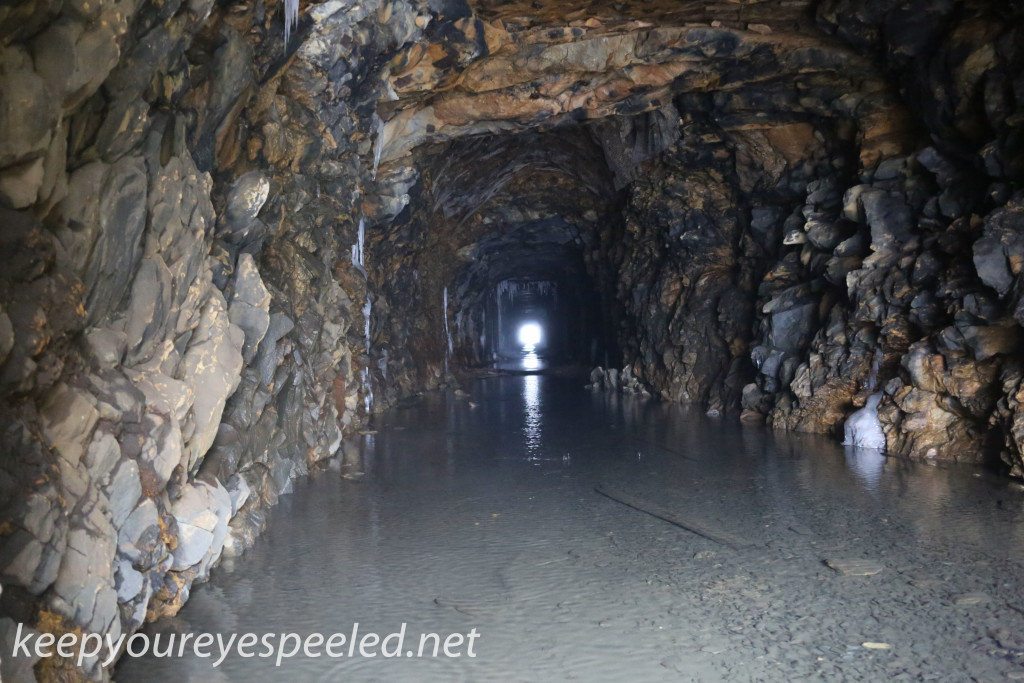 It was another above average day here in Northeastern Pennsylvania yesterday. We have had no measurable snow here this season. . This is very rare and may break a record. I’m not complaining since I am able to get some longer hikes in. It was fogy this morning I decided to hike the abandoned Catawissa Railroad    right of way in East Union and Kline Townships to the famous Lofty Tunnel. 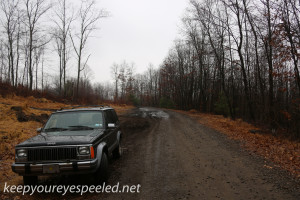 The Catawissa Railroad  has a long history and  was one of the first  railroads in our area. It  was incorporated as the Little Schuylkill Railroad  in 1831, Financial troubles kept the line from opening until 1854.  The railroad provided passenger and freight service for many years, offering it’s passengers a scenic ride through the same mountain I hiked today. The  railroad was abandoned in the 1970’s but right of way , which access state game lands, is still well maintained and made for easy hiking.today 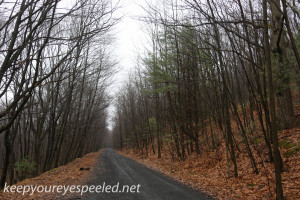 It is a steady grade up to the tunnel and, as I began my hike,   the roar of rushing waters from  a quick flowing stream that ran along side the right of way filled the air. Although it was above freezing when  I started my hike, some icy stretches on the road, and  icicles on the rocks along the way, reminded me it was still Winter. 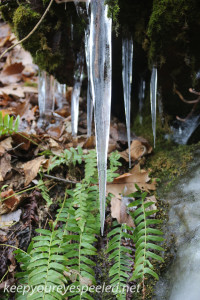 As is usual in january there was little wildlife along my walk. A  few deer, some  nuthatches and chickadees were all I saw  until  I was rewarded when I spotted two bald eagles flying form a tree and off into the fog. I knew they were nesting in the area in the Spring, I saw one in the Fall, and it appears they have stayed for the Winter. 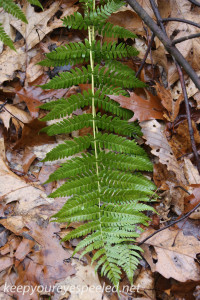 The railroad was built close to the side of the mountain so it was narrow with a drop to the north and a steep incline to the south. There were many old oak trees along the slopes, there naked upper branches shrouded in the fog. 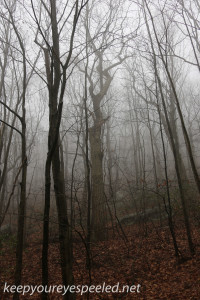 I have driven my jeep up this right of way a few times but this was the first time I walked it.  I saw so much more of these beautiful woodlands yesterday.  I was able to more closely observe  trees, boulders, and terrain and sat by a beautiful stream flowing off of the mountain. 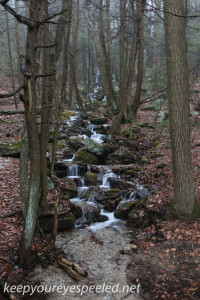 The right of way continued upward, and after about 3 miles I could see the waters of the  Lofty Reservoir through the leafless trees below me. I have heard the lake is still a good place to fish. 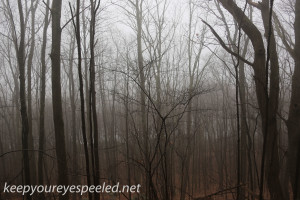 The lands abutting the right of way are either State Game lands or owned by the Mahanoy Township Water Authority. I am glad they allow the public  to use it. 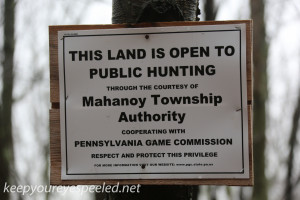 The right of way turned to the south as I neared the summit and came upon the abandoned Lofty tunnel. The first train used this railroad track in 1854 so the tunnel had to have been built some time before that date. 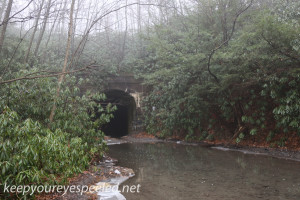 The tracks have been removed and the tunnel is filled with water. I didn’t have high boots on so could not got through it but  I was able to peek inside and see the results of the men who labored up in these isolated mountains so many years ago. One has to wonder  how long the worked, what did they eat, where were they staying, well I do anyway. Here is a link to some more photographs of the Lofty Tunnel. https://keepyoureyespeeled.net/photographs-page-2/nggallery/photographs-page-two-blog/lofty-tunnel-january-9-2016 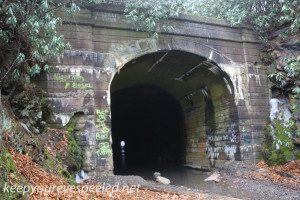 After spending some time at the tunnel I  headed down the mountain  in a very thick fog,. I  imagined  what  the many  passengers and crew of trains that passed these mountains over the years thought as they descended this same mountain, or where they were coming from or going.  I know I will never know but i enjoy wondering just the same. It was another nice day to explore the history of Northeastern Pa. Here is a link to some more photographs from my hike. https://keepyoureyespeeled.net/photographs-page-2/nggallery/photographs-page-two-blog/lofty-tunnel-hike-january-9-2016 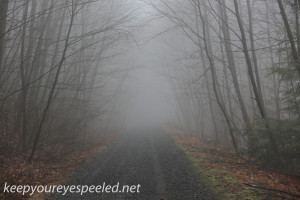