North Dakota, Never Would Have Guessed How Beautiful this Place Is.

October 15, 2015 / fskokoski@gmail.com / Comments Off on North Dakota, Never Would Have Guessed How Beautiful this Place Is.

North Dakota, Never Would Have Guessed How Beautiful this Place Is. 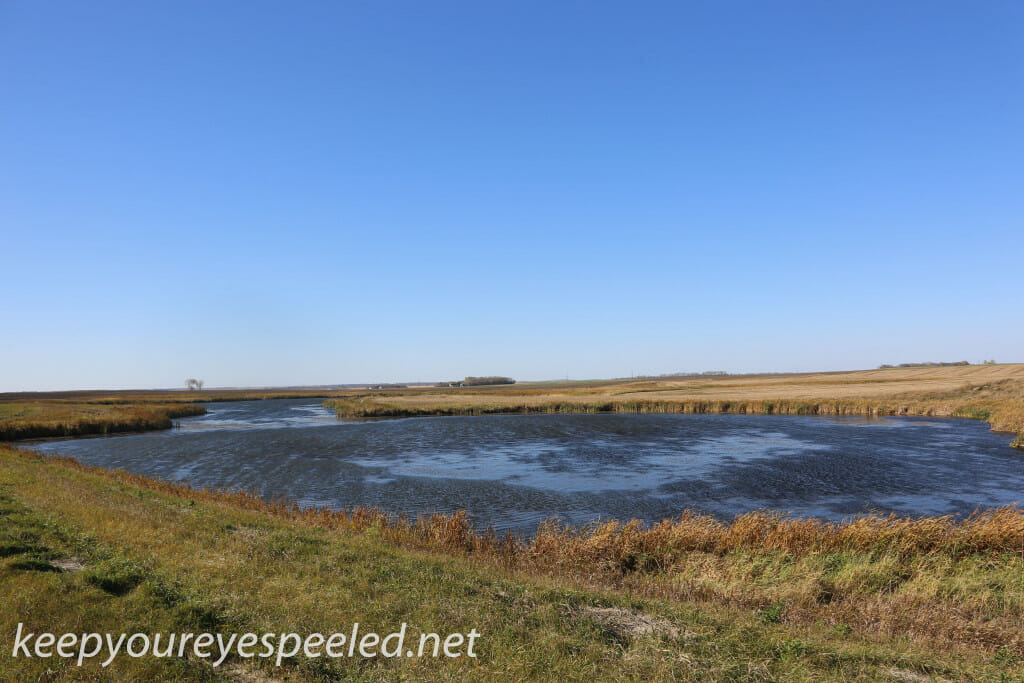 After  returning from my recent  trip to Scandinavia, which was wonderful, traveling with my sister and a group of friends,  I was tired and overwhelmed by how much we saw in a few short days. I learned so much and had a great time but really didn’t get a lot of alone time. Even the few days I spent on my own at the start of the trip were busy on trains, schedules and different customs and languages. I decided, like I often do, that I needed to get back on the road again and get some alone time. . I love driving across our country, visiting whatever I find and staying in small towns and getting to know the local folks. So I decided to fly out and visit my 49th state, North Dakota.  And I have not been here 24 hours and I love this state.

I left on an early flight from my local airport in Avoca and had an uneventful flight into Chicago. But, like most trips, things didn’t go as planned. I decided to eat at the airport so as to give me some more time sighting seeing in North Dakota. I had a busy day sort of planned.  good thing i did because a computer glitch on my flight to Fargo, North Dakota required us to change planes , We had a about a two hour delay . 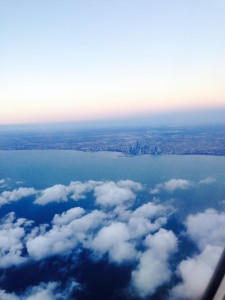 Once we were airborne, it was a pleasant flight. I always try and get a window seat and first noticed the unexpected beauty of North Dakota from the air. There was the usual quilt-like patch work of farms with the occasional small town but i was surprised to see many small lakes and ponds. I had imagined a more desert like bleak grassland. I was so wrong. 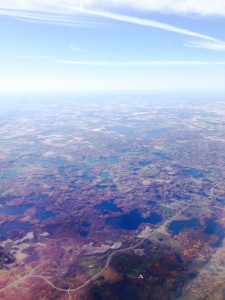 I landed in Fargo, and after another delay getting my luggage I was off on the highways and backroads of North Dakota in a Chevy Impala. I headed up Interstate 29 for about 20 miles and was surprised by the small amount of traffic. most interstates I travel these days are always crowded with trucks and cars. The few trucks I passed were mostly carrying grain and I don’t think there were 10 cars on the road. I also immediately  noticed the wide open spaces, covered with waves of grain, stretching from horizon to horizon. 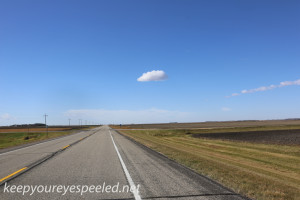 And there was the black soil. The earth in plowed fields was almost black. i have learned this rich black soil is very fertile and has made North Dakota a leader in agricultural products in our country. 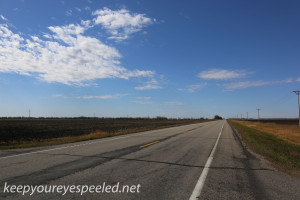 I drove by, now brown and gold,endless  fields of wheat, corn and even sunflowers. 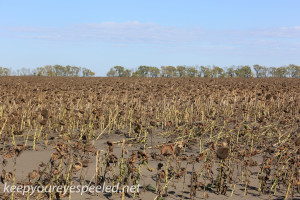 I headed west on route 26 and decided to have something to eat in the small town of Page. What a great choice. It was like going back in time. Like most of the towns, it was on a railroad track and there were large grain holding facilities. 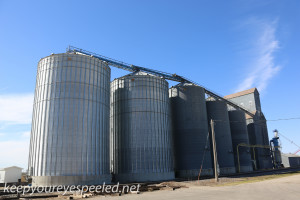 The small downtown had a movie theater, grocery store and a small family dinner where i enjoyed a pleasant conversation with some locals and a good bowl of baked potato soup. i walked around the streets of this quaint little town and noticed the beautiful cottonwood trees and well maintained lawns and gardens, i was greeted by a few friendly folks asking where i was from and what i was doing. They all genuinely welcomed me, a stranger, into their town. it;s funny how quickly you can fall in love with a town and Page will always be a fond memory. Here is a link to some more pictures of the pleasant little town. https://keepyoureyespeeled.net/north-dakota-trip-photographs/nggallery/north-dakota-october-2015/north-dakota-day-1-page-october-14-2015 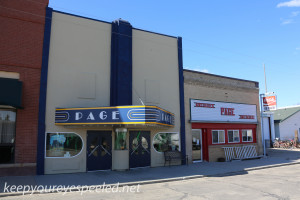 I continued up Highway 38 and stopped in another town, Hope. It was almost identical to Page with a museum, grocery store and the grain facilities. i am sure the folks were just as friendly but I had to move on or I’d never get to my hotel in Devil’s Lake. Here is a link to some more photographs from my stop in Hope. https://keepyoureyespeeled.net/north-dakota-trip-photographs/nggallery/north-dakota-october-2015/north-dakota-day-1-hope-october-14-2015 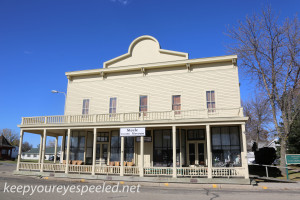 I now headed west on route 200 and encountered many deep blue ponds and lakes  in the middle of the golden fields of grain. Many had water fowl on them. They were absolutely beautiful.

And the isolation, you would drive for miles without seeing a house or building, just fields of grain, many being worked and harvested. 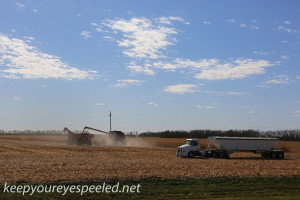 I headed north again on Route 20 and now had some hills and more winding roads, The roads before this were straight and always intersected at right angles. The gentle hills now added to the beauty and the lakes and ponds be came more numerous. 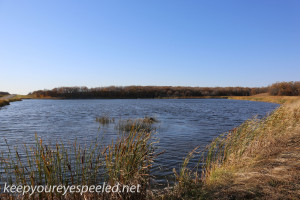 I finally made it to Devil’s lake and headed onto the Spirit Lake Nation where I had originally planned to stay in the bed and breakfast at the historic Fort Totten. No one got back to me and discovered it closed for the season. I was too late in the day to enter the former Fort  but did drive around the beautiful community in which it is situated. 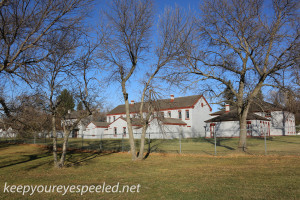 I drove back along the deep blue waters of Devil’s lake and stopped at the Native American casino, where i later watched the sunset and had my dinner. 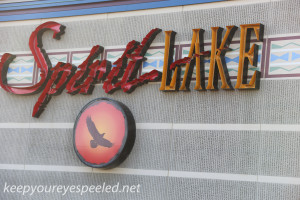 I checked in at the Fireside hotel in Devil’s lake where again the friendly woman at the front desk gave me a history of the area  it was late the sun was setting so i headed to the casino and had a nice meal and watched the sun set over the deep blue water’s of Spirit lake as devil’s lake is known to the Native Americans. Here is a link to some more photographs of my short time in Fort Totten and Devil’s lake last night. https://keepyoureyespeeled.net/north-dakota-trip-photographs/nggallery/north-dakota-october-2015/north-dakota-day-1-devils-lake-area-october-14-2015 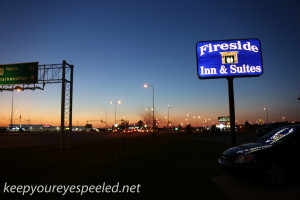 I wish i had more time to convey the beauty of this state but the sun will be rising soon and i want ot see more of it. Sorry I put this together so fast. almost like random thoughts, but want to see so much more today. here is a link to some more photographs of my drive from fargo. https://keepyoureyespeeled.net/north-dakota-trip-photographs/nggallery/north-dakota-october-2015/north-dakota-day-1-fargo-to-devils-lake-drive-october-14-2015

“For my part, I travel not to go anywhere, but to go. I travel for travel’s sake. The great affair is to move.” – Robert Louis Stevenson