Norway Day Six: A Visit To North Cape, Actually Not The Most Northern Point In Europe.

June 14, 2018 / fskokoski@gmail.com / Comments Off on Norway Day Six: A Visit To North Cape, Actually Not The Most Northern Point In Europe.

Norway Day Six: A Visit To North Cape, Actually Not The Most Northern Point In Europe. 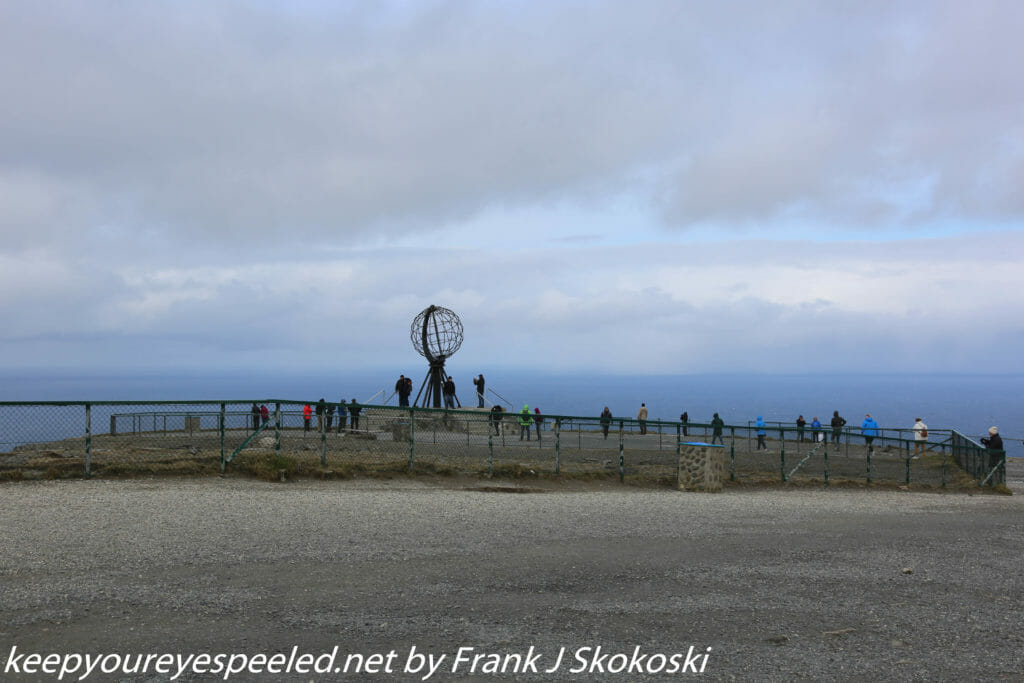 After my visit to the  museum, I walked over to the visitor center to board my bus for the 45 minutes trip  to the North Cape. On my way I walked by  the memorial to the famous Norwegian war hero, a St. Bernard named Bamse. 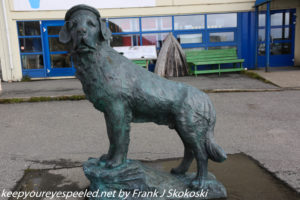 There were few people on my bus trip, a total of four of us. 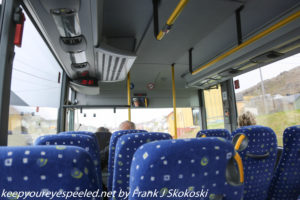 The first half of the drive followed the same route as my trip to the bird safari. We then veered north to  the North Cape. It was now snowing pretty hard, covering the ground in some areas. 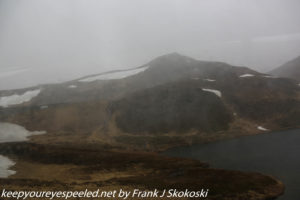 We passed a local Sami  tourist attraction featuring a lavvu and a tourist shop. I wish we would have stopped to visit the attraction. 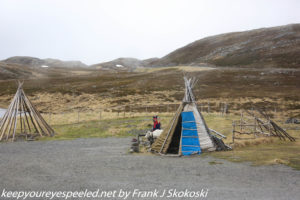 We continued our drive and soon approached the plateau of the North Cape towering above the Barents  Sea. The snow had stooped and there were actually some patches of blue sky in the distance when we parked our bus. 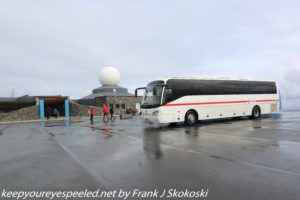 We had about an hour to visit the North Cape and it’s museums.  I made my way to the large  famous globe monument. 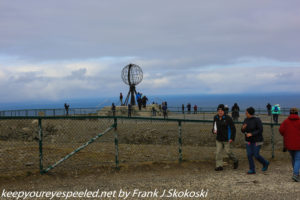 I  had hoped to make the voyage up here at midnight when  spectacular views of the midnight sun can be seen. I had to be up early the next day to board my ship but, if the skies cleared, I was still going to hire a taxi and return at midnight. 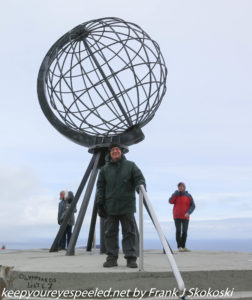 It was around 2 p.m when we were there and the sun was again obscured by the seemingly ever present clouds of northern Norway.  I left the globe monument and walked over to the Children of the Earth monument. 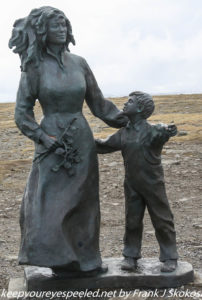 What a beautiful monument with such a beautiful story. The idea of a Norwegian writer, Simon Flem Devold, in 1987, he arranged for seven children from around the world to meet, exchange ideas and create clay reliefs. 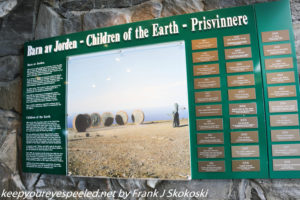 They were then incorporated into this beautiful  monument to show understanding and co-operation among all people, races, cultures and religions. I was very moved by the monument and it’s meaning, especially in these troubled times in my Nation and our world. 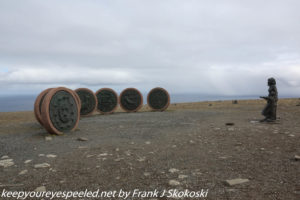 I next walked over to the memorial placed by the Norwegian King Oscar II to commemorate his visit in 1873. 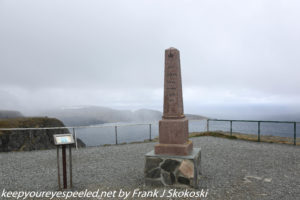 The North Cape has been a tourist attraction even before his visit. Tourists would arrive by ship and have to climb a series of steep steps to reach the top of the plateau. 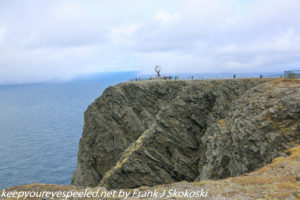 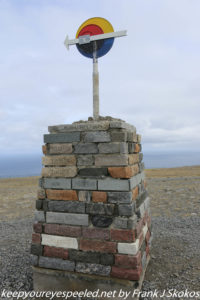 I remained outside for almost the entire  hour. I reflected on standing on yet another  great Cape on our planet. I had stood on  Cape Horn in South America, the Cape of Good Hope in South Africa and the South East Cape in South Austrlia.  All of these capes seperate the worlds great oceans. I now stood on the Cape seperating the Atlantic and Arctic oceans. 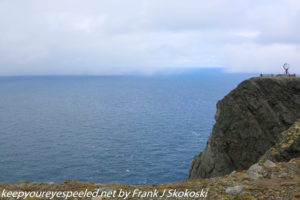 I didn’t even have time to visit the museums inside.  I was hoping to maybe return at midnight if the skies cleared. But, it was still cloudy as we returned to the bus and made our way back to Honningsvag.  Here is a link to some more photographs from my visit to North Cape. Norway Day Six: North Cape June 5 2018. 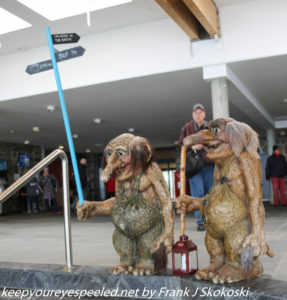 I returned to the bus for the ride back to Honnisvag and arrived in town around 3 p.m. I walked back to the hotel and tried to sleep so I could get up at midnight to look for the sun. I couldn’t sleep so decided to have an early dinner at the Crab House. I had a nice home style meals of halibut and potaotes.  I was back at my hotel and actually slept a few hours. I set the alarm for 11 p.m. I awoke and it was raining. Another day in Norway without seeing the midnight sun. 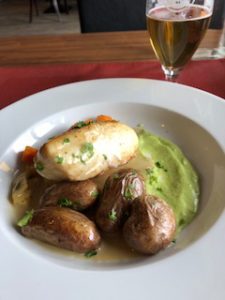 I am restless. I don’t mind leaving this comfortable, static life. I could live a year on my own in a remote village. Michael Palin