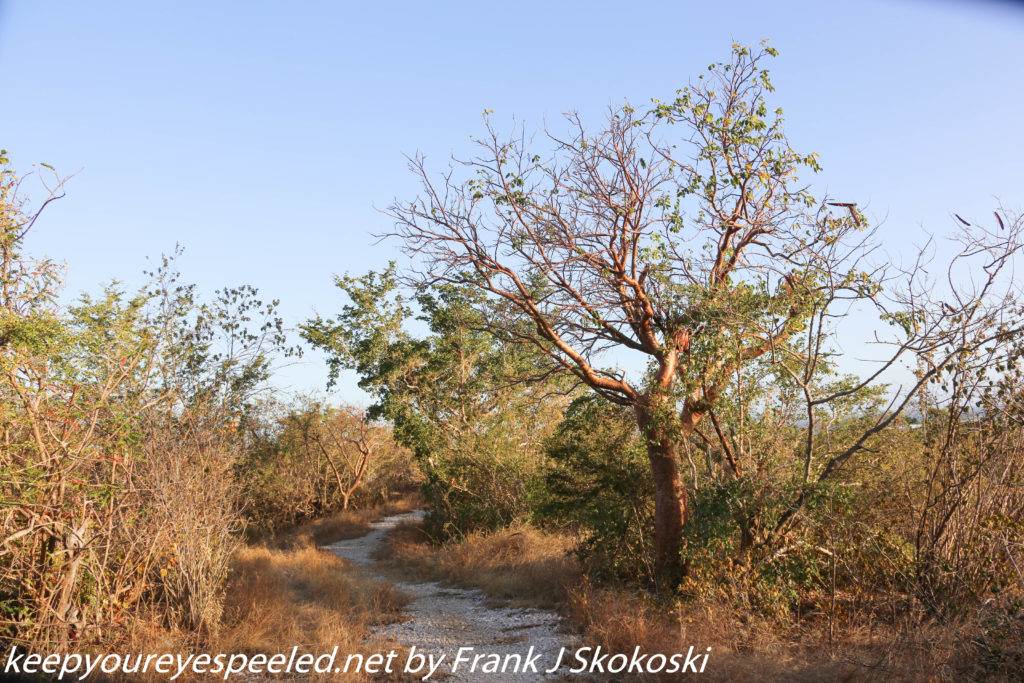 After returning from my visit to Gilligan’s Island, I was soon driving on the narrow and winding route 333 toward the town of Guanica. I was headed to the unique dry forest that is located in this area. 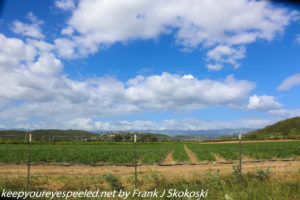 I made my way to route 334 and followed as it  meandered upwards through a small village. 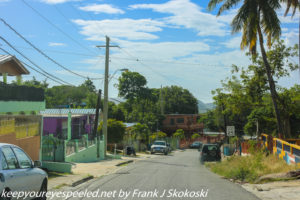 I was headed to the ranger and visitor center in the Guanica dry forest. However,  I soon came to a gate across the road.  I  spoke to some young folks  who were also disappointed to see the gate blocking their entrance into the reserve. . They told me they believed the reserve was closed because of damage from the hurricane. 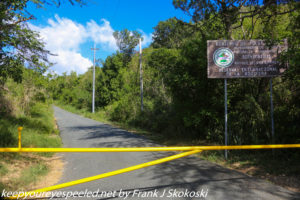 I turned around and decided  to look for a gas station while I was near the town of Guanica.  This was not as easy as I thought. There are not many gas stations in Guanica. I finally located one and found it was full service.  I haven’t been to one of them in years. I filled my tank and returned to the resort. 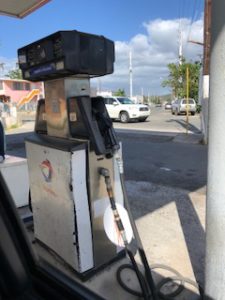 I wasn’t going to watch television in my room on the beautiful island of Puerto Rico. I drove to a trail I had seen earlier in the day on my morning walk. 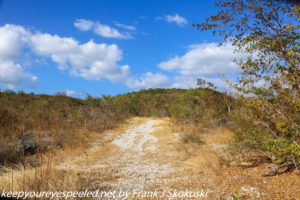 It entered the dry forest and I thought it would be a good place to explore the area and try to see some wildlife. 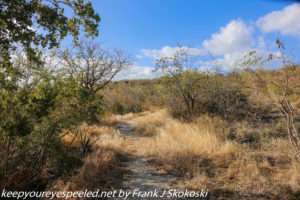 The trail was a steady uphill climb.  There were many cacti at the beginning of the trail, 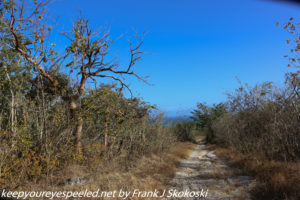 and some more agave plants, many in bloom, with there tall flower stalks towering over the trail. 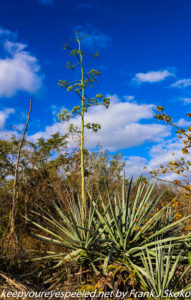 It was now mid-afternoon and it was hot. Temperatures were in the mid to upper 80’s and the mountains blocked the breeze that was present near the ocean which was now far below me. 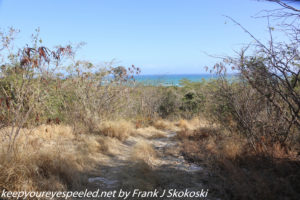 As I struggled uphill in the hot afternoon sun I came to this sign along the trail.  I wasn’t sure what it said but I knew something about a century or 100 something and a Guayacán. I had no idea what it meant. . 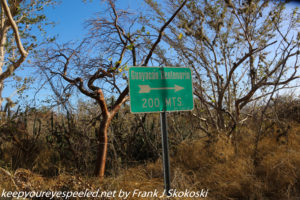 I descended a steep and rocky trail, the longest 200 meters I ever walked. The trail led me to the shade of the mountainside where I found this large tree.I later  learned it was El Guayacán Centenario a 700 year old Guayacan tree. 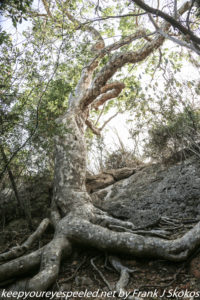 I sat on it’s large roots and under the shade of it ancient branches and thought of all of the history it had seen. A member of the  Taino native American tribe could have sat here long before any Europeans set foot in the New World. Or a member of Christopher Columbus’s crew could have seen it on his second voyage, He landed near this area. Or so many other folks over the years. After some reflection I walked the steep 200 meters back to the trail. 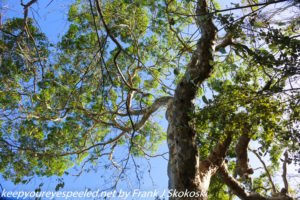 I continued upward and was soon in the shade of the mountain side where I found taller and greener trees. The shade provided much needed relief from the sun. The temperature must have dropped 10 degrees. 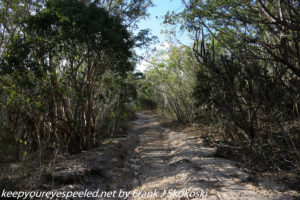 It was a different world. The air had a different, more earthy smell to it. And, as I walked further into the forest,  I encountered swarms of these striped butterflies hoovering in the air. It was almost magical and like something from the movie Avatar. 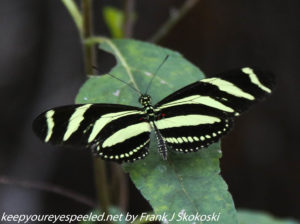 I also saw a few dragonflies. I knew there had to be some water source in the shade of the mountains. 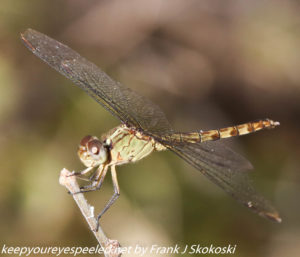 And I saw theses holes in the ground which I knew had to be made by some sort of critter, I am guessing maybe a land crab. 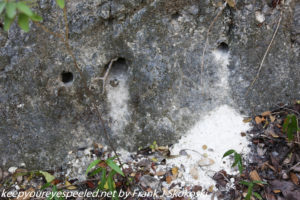 I was surprised and delighted to have walked into this new environment, so different from the harsh dry conditions from the start of my hike. I decided to turn on my cellular service on my phone and check Google Earth maps to see where I was. I was surprised to find I was nearing the Guanica Dry Forest Reserve main park ranger and information area! This is were I tried to get by car earlier in the afternoon!  I had walked my way into the dry forest! 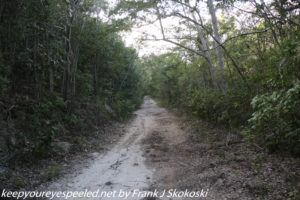 I still had about a quarter of a mile climb to reach  the parking area.  I was  tired and thirsty from my hike in the heat, but there was no stopping me now. I continued my upward walk up and again saw sunlight as I neared the top of the mountain. 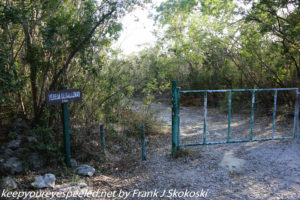 There were now electrical lines up here and, unfortunately, they are not a good thing for the many turkey vultures  in the area. This poor fellow looks like he found that out the hard way. 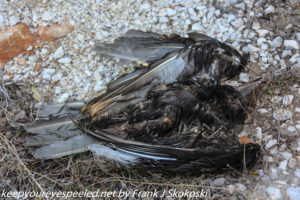 I was surprised to not see many birds on my hike. I did hear a few in the trees and shrubs and did capture a photograph of this one, a scaly naped pigeon. . 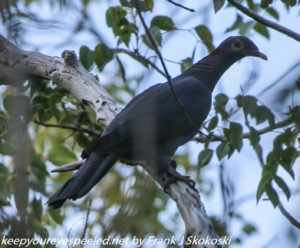 I now made it to the parking lot, ranger station and visitor center. It was late afternoon so I began my hike back down the mountain. 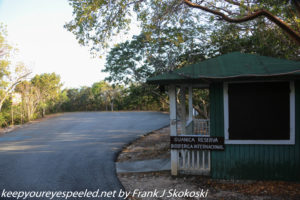 It was  a refreshing walk while in the shade of the mountain but once I left that shade, I found that, even though it was now late in the afternoon, the sun was still intense and the temperatures still in the mid 80’s. 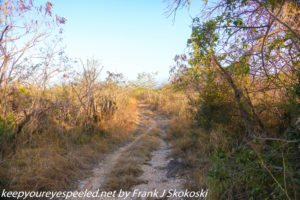 I was glad to reach my car and return to my air conditioned room. After drinking a few bottles of water and a long cold shower it was now almost time for dinner. I walked out to watch another beautiful sunset. 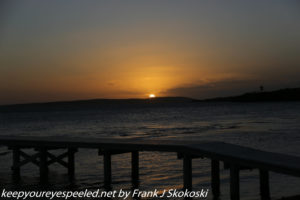 And sat down for another great meal of ceviche and mofongo on the beautiful island of Puerto Rico. After dinner I spent some time sitting near a fire on the beach looking forward to another day exploring the dry forest. Here is another link to some photographs from my afternoon hike. Puerto Rico Day Four: Afternoon hike February 11 2018. 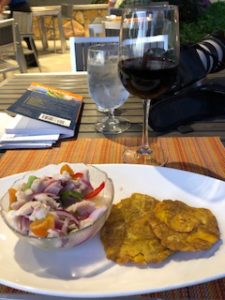 “It is not so much for its beauty that the forest makes a claim upon men’s hearts, as for that subtle something, that quality of air that emanation from old trees, that so wonderfully changes and renews a weary spirit.” –Robert Louis Stevenson 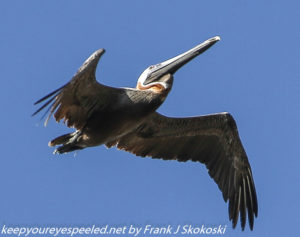