Puerto Rico Day Six: I Finally Found The Birds On My last Hike In The Guanica Dry Forest

February 25, 2018 / fskokoski@gmail.com / Comments Off on Puerto Rico Day Six: I Finally Found The Birds On My last Hike In The Guanica Dry Forest

Puerto Rico Day Six: I Finally Found The Birds On My last Hike In The Guanica Dry Forest 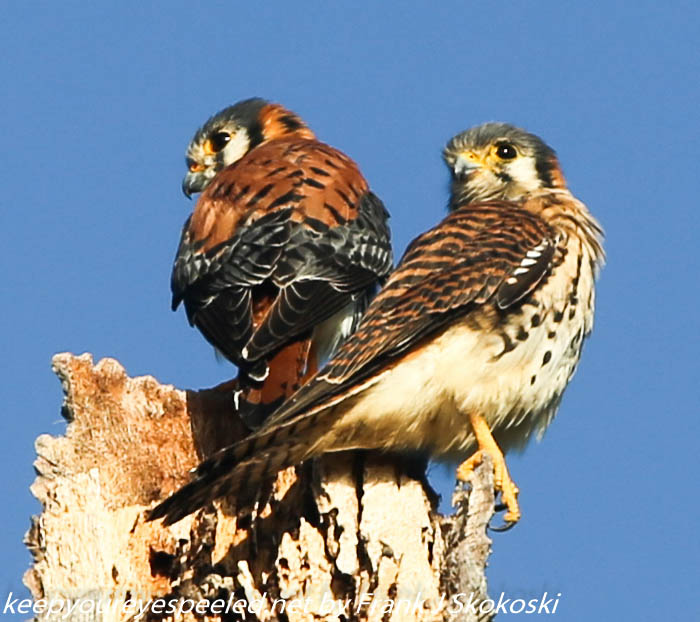 I was up early again on Tuesday.  You can’t visit  a sub tropical island and stay in bed. I wanted to  watch the sunrise on my last day at the Copamarina Resort in the Guanica Dry Forest.  I  drove back to Ballena Beach hoping to see some more of the birds I saw the previous day. 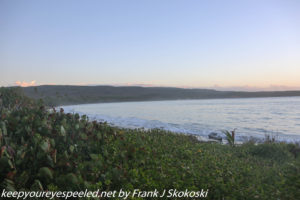 And I did, but not until after the sun rose. I walked in the morning twilight and looked for  the sun rise in east from Ballena beach . There were clouds obscuring the sunrise but it was still a pretty scene.  I will never get tired of watching a sunrise. 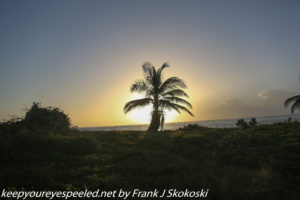 As I walked along the trail near the beach I noticed something on the leaves of a shrub. 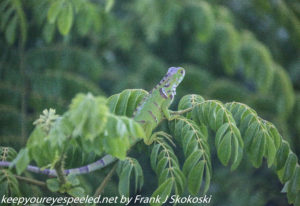 I looked closer and saw this beautiful lizard. It sure was well camouflaged and I was lucky to see it. 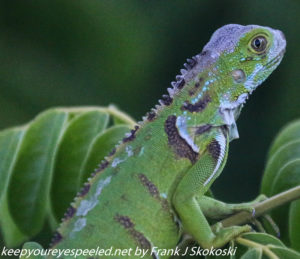 As soon as the sun rose the gnat like insects appeared.  Once again they disappeared in about 15 minutes. I am still itching from the many bites I received. I fought off the gnats and followed a trail along the beach. 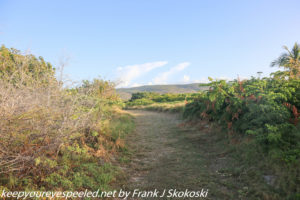 I soon came to a pond.  And ponds usually mean wading birds. And this one sure had a lot of them! It was a birders dream.

As I approached the pond  many of the birds that were on it flew off in the distance.  However, quite a few  flew to the other side of the pond. 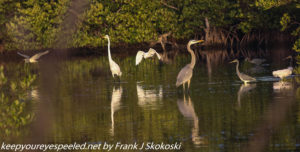 I recognized great blue herons, little blue herons, tricolored herons, and egrets but there were many birds I had never seen before such as this one, I believe it is a black necked stilt. 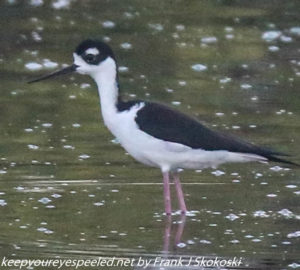 I think this one is either a lessor yellowlegs or clapper rail but I am not sure. 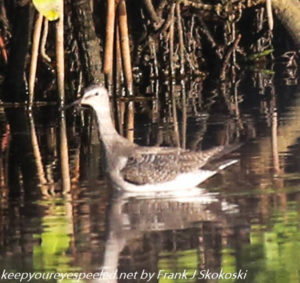 I could not get a good photograph of this bird, I was told be some birder friends it looks like a green heron. 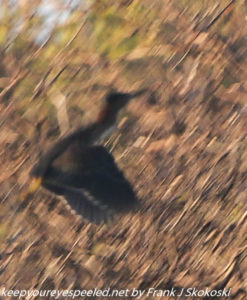 And this was one of the many great egrets on the water. I am not sure of the smaller bird in the background. 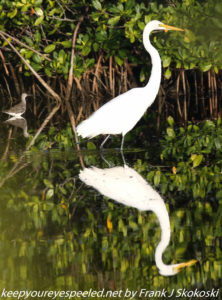 If I had  more time I would have spent hours at this pond. However, I was driving to the north west side of the island and wanted to get an early start. So much to see, so little time to see it . I left the pond and  I continued my walk on the trail. As I did I saw a few birds fly overhead, including this brown pelican, 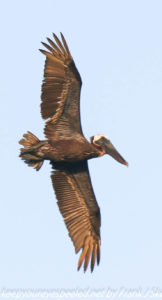 and this magnificent frigatebird. 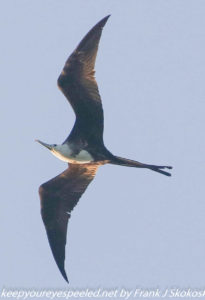 The trail led to a lagoon near the ocean. Again I scared some wading birds. I wish I could have found this area on my first day at the Copamarina resort. 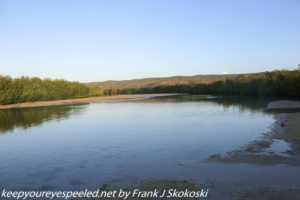 I walked to the ocean and found this primitive shelter along the beach. I again felt I was on Gilligan’s Island or in the movie Castaway. I truly love exploring places such as this. 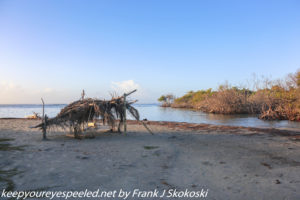 Time was again not on my side so I reluctantly began my walk back. It was still early and there was plenty of bird activity on the way. I saw many of the the birds I had seen  the day before, including this troupial , 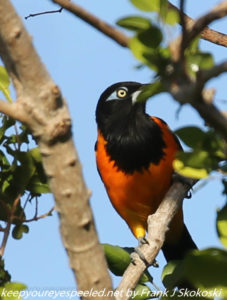 and  some new ones I couldn’t identify such as this fellow. A birder friend told me it is a palm warbler. 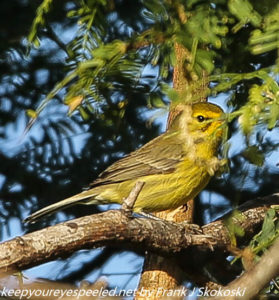 Or this one. I am guessing possibly a prairie warbler. 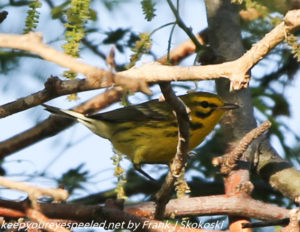 I was delighted to watch this hummingbird land above my head. I was again advised by a birder friend it may be an Antellean hummingbird.  It was a beautiful bird. 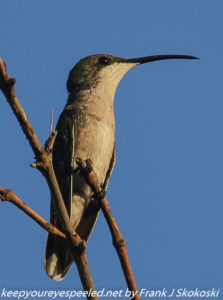 And it wasn’t only birds providing color and beauty on my walk. 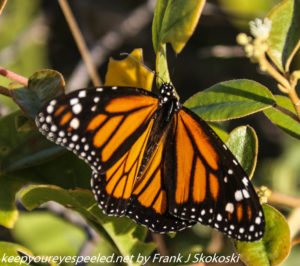 There were a number of butterflies flying about in the rapidly warming morning air. 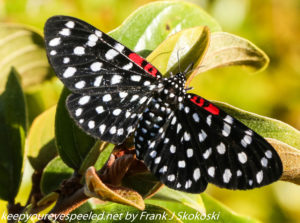 And some exotic flowers. 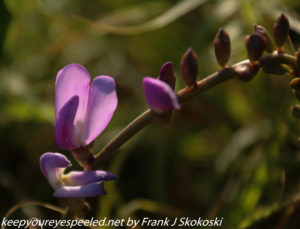 And of course some not so beautiful critters. There were the ever present turkey vultures. There sure are a lot of them in the dry forest. 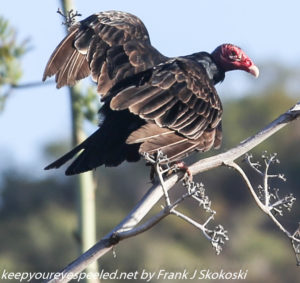 And I saw this beautiful birds as I neared my car. I believe they are American kestrels. 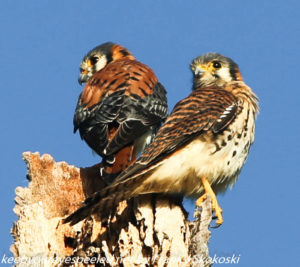 I  had come to realize that there were plenty of birds, lizards and probably other wildlife in the dry forest. You just had to know when and where to look for them. Here is a link to some more photographs of the beautiful birds I saw on my hike. Puerto Rico Day Six: Ballena Hike birds. February 13 2018. 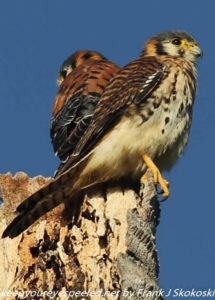 As I finished my  walk and returned  to my jeep, I hoped  to return to this wonderful place someday  and  again walk these pristine shores. It will be a lot easier to locate the beautiful birds that live here now that I know were to find them. 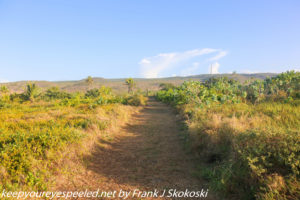 I drove to my resort, quickly showered, packed and had breakfast. I was soon on the road, leaving this unique dry forest and headed to the more famous rain forest, El  Yunque. Here is a link to some more photographs from my morning hike. Puerto Rico Day Six Ballena Beach Hike February 13 2018. 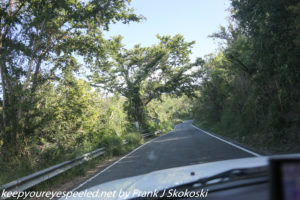 He stood breathing, and the more he breathed the land in, the more he was filled up with all the details of the land. He was not empty. There was more than enough here to fill him. There would always be more than enough.”- Ray Bradbury Fahrenheit 451