Scandinavia Day Seven. Copenhagen To Oslo: By Boat And Bus. Some Down Time Taking In The Countryside.

August 17, 2015 / fskokoski@gmail.com / Comments Off on Scandinavia Day Seven. Copenhagen To Oslo: By Boat And Bus. Some Down Time Taking In The Countryside.

Scandinavia Day Seven. Copenhagen To Oslo: By Boat And Bus. Some Down Time Taking In The Countryside. 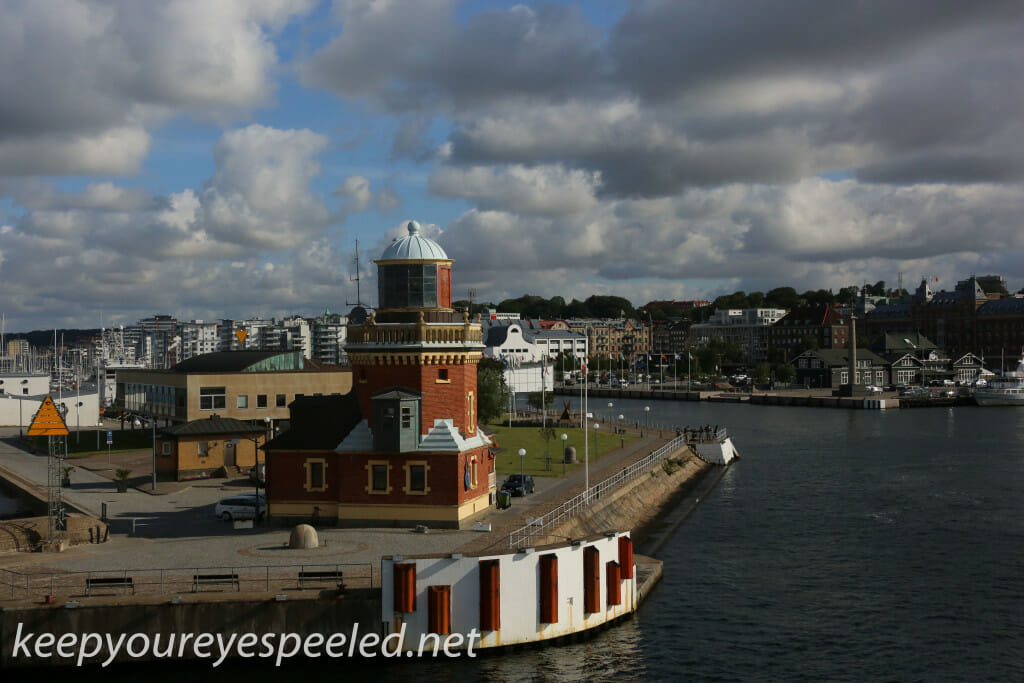 Although we got in late from our visit to Tivoli,  I was up early the next morning to get my walk in before our bus left for the long ride to  Oslo the capitol of Norway. I walked to the reservoirs near our hotel and found the moon setting in the west. Even at this early hour, the sun wasn’t up yet, there were many folks walking and running in the parks along the reservoirs.  I also saw many swans, blue herons and other water birds looking for breakfast. I couldn’t set the sunrise from this location but rise it did and I headed back to finish packing, have some breakfast and board our bus for the long six hour ride to Oslo.  Here is a link to some more photos taken on my morning walk. (or you can review them in my Scandinavia photo album on my blog home page). 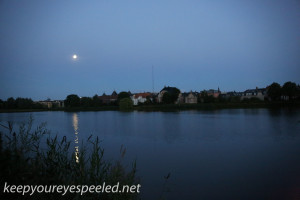 We didn’t drive straight to Oslo but made a few stops on the way. Our first  stop was not far from Copenhagen, when our bus drove onto to a ferry which  crossed the Oresund. 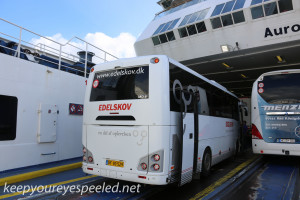 We passed the historic Kronborg Castle, made famous by Shakespeare in his famous play Hamlet. It is a World Heritage site and wish we could have stopped for a visit. 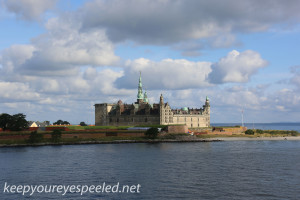 The ferry left us off in Helsingborg Sweden and we drove north through the  Swedish countryside. We passed mostly rural areas with small farms and many wooded areas. Here is the link to some more photographs from our ferry ride. https://keepyoureyespeeled.net/scandinavia-july-26-august-8-2015/nggallery/scandinavia-july-25-august-8-2015/copenhagen-to-oslo-ferry-ride-august-1-2015 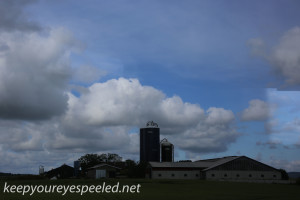 We stopped for a short visit in Goteborg where we saw  the famous statute of Poseidon  and toured the downtown.  The town was alive with tourists and shoppers and we found a nice cafe and had a cup of coffee and a pastry.  Here is a link to some more photos from our visit to Goteborg. https://keepyoureyespeeled.net/scandinavia-july-26-august-8-2015/nggallery/scandinavia-july-25-august-8-2015/copenhagen-to-oslo-gothenburg-swden-visit-august-1-2015 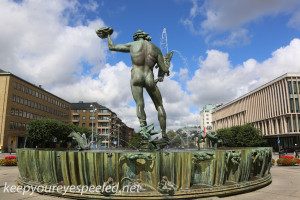 We again made our way north through the rustic Swedish countryside which reminded me a lot of our farmland here in Northeastern Pennsylvania. 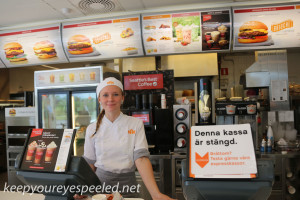 Our bus drive was required by law to break ever two hours so we stopped at a rest area. I took advantage of the stop to hike into the woods above the rest stop. I was so glad to get to see some of the Swedish woods up close. I found pine trees, a species of oak I never saw before and a lot of interesting rocks. I didn’t have a lot of time but I enjoyed seeing the woods again. Here is a link to more photographs from my hike in the rest area. https://keepyoureyespeeled.net/scandinavia-july-26-august-8-2015/nggallery/scandinavia-july-25-august-8-2015/copenhagen-to-oslo-rest-area-hike-august-1-2012 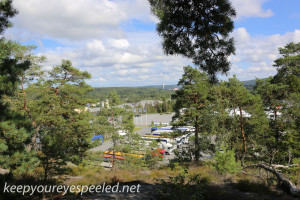 We were now near Norway and shortly after crossing the border we saw our first fjord. I had always wanted to see one, since having read about them in geography class in grade school. And it was as beautiful as described in those books so many years ago. Here is a link to some more photographs from our long bus ride to Oslo https://keepyoureyespeeled.net/scandinavia-july-26-august-8-2015/nggallery/scandinavia-july-25-august-8-2015/copenhagen-to-oslo-bus-ride-august-1-2015 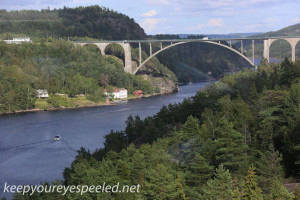 It was getting late in the afternoon when we arrive in the picturesque city of Oslo.  Unlike Copenhagen it was spread out over many miles with large wooded areas and parks abutting the waters of the North Sea extending inland. After arriving at the hotel we had dinner and, although it was a long day, my sister and some others in our group walked into downtown Oslo and explored the harbor. 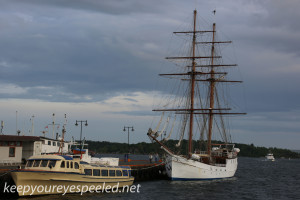 I was overwhelmed upon seeing the Noble Peace Prize Museum  and knew i had to visit the next day when it was open.  Standing in the harbor, with storm clouds on the horizon, I felt I had been transported back in time and could imagine the Viking ships setting sail to plunder the coast of England and Ireland. 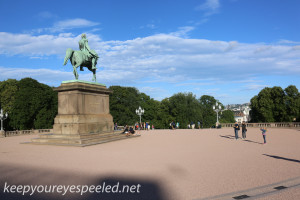 We made our way back to our hotel and stopped up to the rooftop bar for a view of the city and a local drink. It was a long day but filled with memories that will last a life time. Here is a link to some more photographs from my evening walk in Oslo. https://keepyoureyespeeled.net/scandinavia-july-26-august-8-2015/nggallery/scandinavia-july-25-august-8-2015/oslo-norway-evening-walks-august-1-2015

“The use of traveling is to regulate imagination by reality, and instead of thinking how things may be, to see them as they are.” – Samuel Johnson 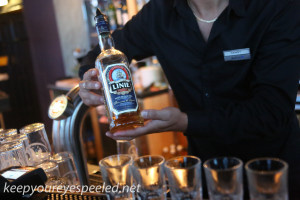