Spring Sure Has Sprung At The PPL Wetlands

April 30, 2017 / fskokoski@gmail.com / Comments Off on Spring Sure Has Sprung At The PPL Wetlands

Spring Sure Has Sprung At The PPL Wetlands 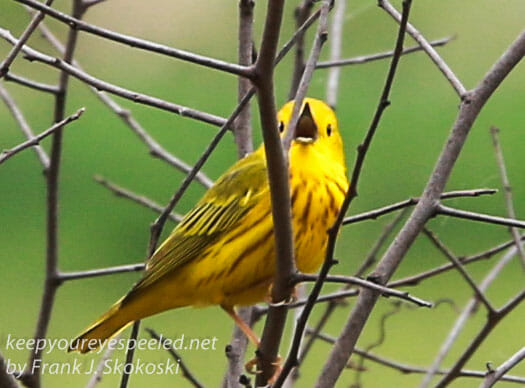 I loved my recent trip to Poland, but it  has now  been almost a month since I last visited one of my favorite hiking grounds, the PPL Wetlands and Riverlands in Salem Township. 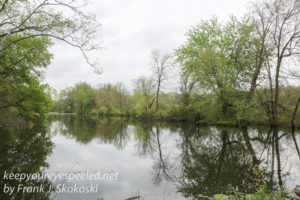 And I sure missed so much. We were having some cold weather in March when I last visited and the wetlands looked  more like mid  Winter than  early Spring. Not today. The plants and trees  in the wetlands have put forth a remarkable growth and everything was  that delightful light green color found only in Spring. . 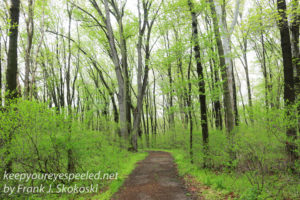 So many flowers are now  in bloom or preparing to bloom, and I enjoyed them all,even the lowly dandelion looked good after the drab  months of Winter. 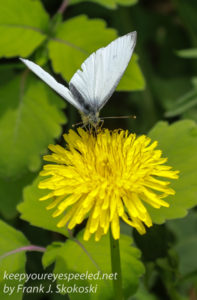 The honeysuckle are just starting to open and their heavenly aroma is already filling the wetlands. 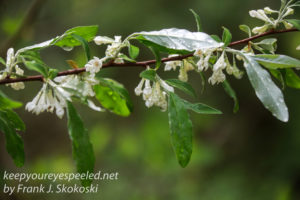 The mandrakes or may apples have put forth a lush growth, 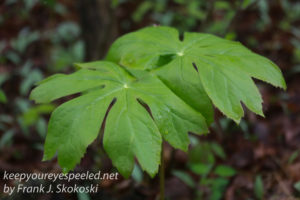 as did the skunk cabbages. When I last saw them they had been severely damaged by the late cold and heavy snow. They sure  have made a  recovery and they added to the lushness of the wetlands. 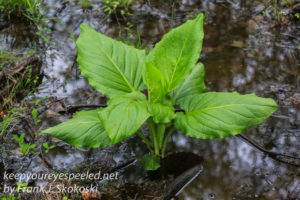 I walked to the ponds to look for water fowl and it appears that we have had a lot of rain while I was gone. There is usually  a path separating the two ponds in this photograph. It is now underwater. 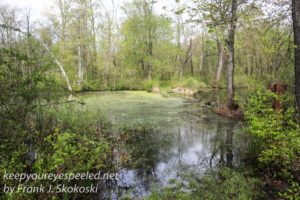 I saw no ducks today. The only water fowl were  these two geese and a blue heron that took off before I could capture a photograph. 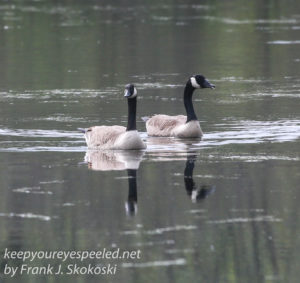 And, as a walked along the muddy paths, I must have came near a robins nest since mommy and daddy robin were not too happy with me being there. They made sure to  let me know I wasn’t welcome. 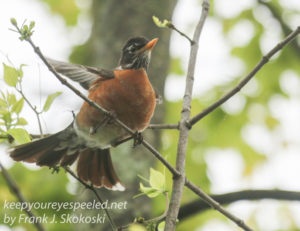 I came across this intricate and unusual flower, one of my Spring favorite, a jack -in-the pulpit. It should be blooming in a few days. 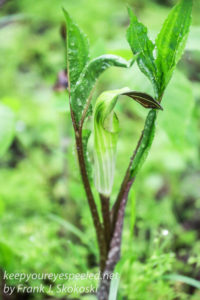 And I even found some early mushrooms. It seemed everything was growing today in the wetlands. 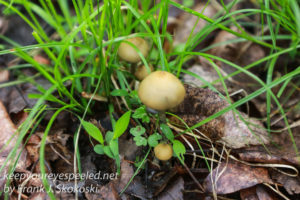 And there were plenty of birds  to be found too. The woodlands were filled with the songs  including the constant chattering of the red winged blackbirds that can be heard throughout the wetlands. 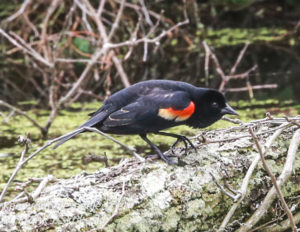 The catbirds, a very friendly bird that doesn’t seem to mind humans was also back. 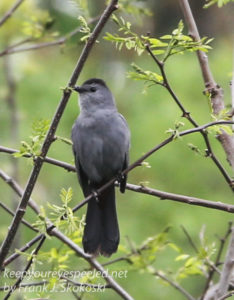 As were the warblers. I am learning, but I am by no means an expert on bird identification.  Growing up we  knew the easy ones, the robins, cardinals, blue jays, crows, etc and just assumed  the smaller birds were sparrows. It wasn’t until I purchased a zoom lens for my camera that I became aware of the many beautiful species that live in and visit our area. So if I make a mistake please correct me. This one is, I think a yellow warbler. 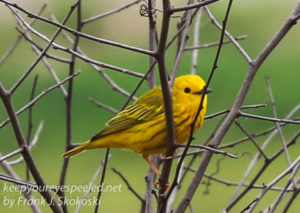 And this an American redstart . 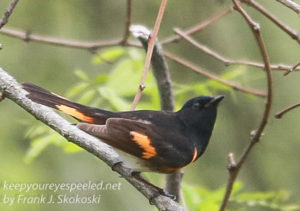 I walked from the wetlands to the riverlands. It was overcast when I started my hike but there were now some breaks of sun and this brought the frogs and turtles out.  I was able to capture a few turtles before they kerplunked into the water as they saw me approach but the many frogs I saw avoided my camera lens.

It seems every year there are a lot of Baltimore orioles in this area and, sure enough, I spotted one this year. It seems that tent caterpillars are on their menu. 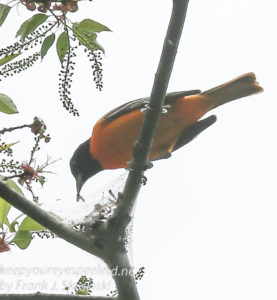 There was just so much to see this time of year. Everywhere you looked there was a new plant sprouting on the ground or a bird in a tree. I found this interesting plant,  Solomon’s seal, starting to set forth it’s unique flowers. 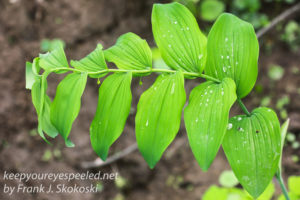 And also it’s smaller relative the lily of the valley. 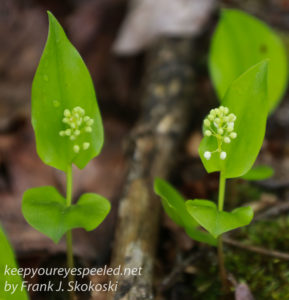 I wish I had more time, I could have walked these paths looking for the many wonders of Spring until dark but I had to head home. On my way I saw a few more birds including, what I think is a yellow-rumped warbler. 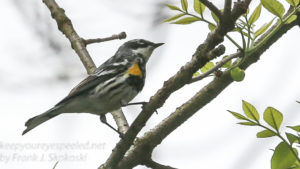 And this one, I believe a song sparrow. Here is a link to some more of the birds I encountered on my hike in the PPL wetlands. https://keepyoureyespeeled.net/photographs-2017/nggallery/photographs-2017/PPL-Wetlands-birds-April-29-2017- 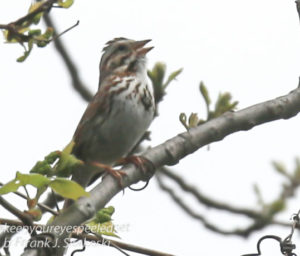 Even the poison ivy looks so pretty this time of year. 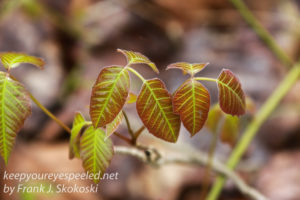 As I approached my car, I realized how much I miss the woods of Northeastern Pennsylvania. Poland was beautiful, as were many of the other countries I have visited and explored, but you don’t have to cross an ocean to see beauty. We sure have plenty of it here in our own backyard. Just take a walk and keep your eyes peeled. Here is a link to some more photographs from my hike. https://keepyoureyespeeled.net/photographs-2017/nggallery/photographs-2017/PPL-Wetlands-April-29-2017- 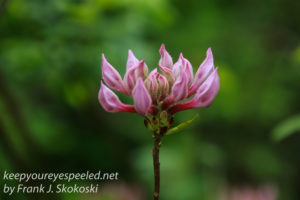 And Spring arose on the garden fair,
Like the Spirit of Love felt everywhere;
And each flower and herb on Earth’s dark breast
rose from the dreams of its wintry rest.
~Percy Bysshe Shelley 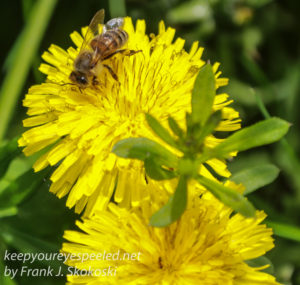