Walking In The Snow On The Greater Hazleton Rails To Trails.

December 9, 2017 / fskokoski@gmail.com / Comments Off on Walking In The Snow On The Greater Hazleton Rails To Trails.

Walking In The Snow On The Greater Hazleton Rails To Trails. 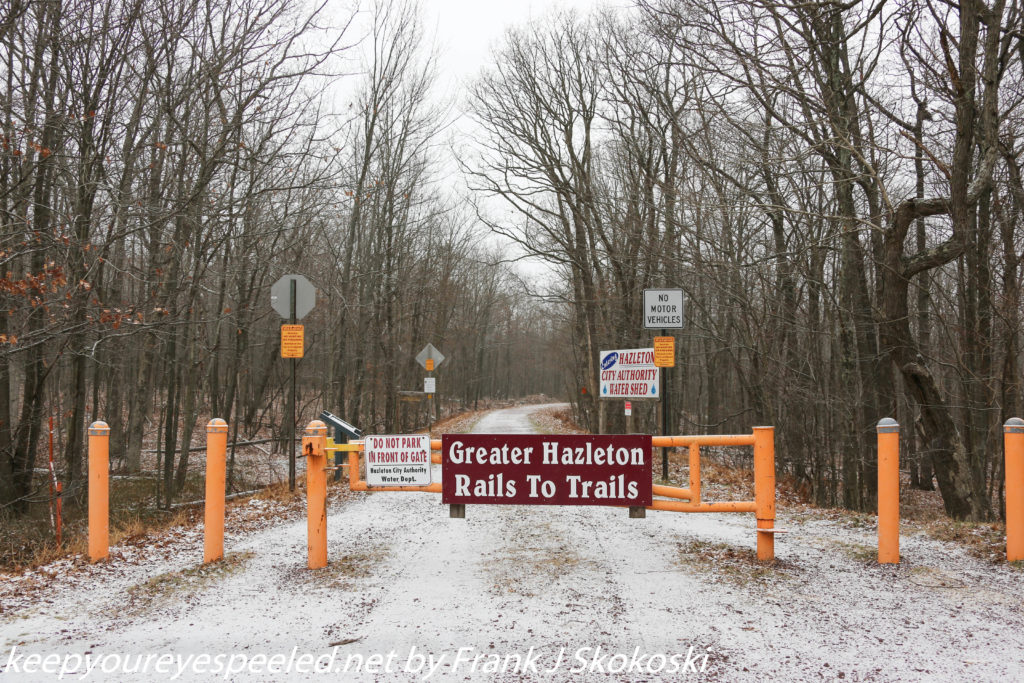 It’s December and that usually means some snow here in Northeastern Pennsylvania. However, the past few years have been mild and we haven’t seen a lot of December snow. Well, that changed today. Snow was in the forecast, and it started around 9 a.m. this morning. I am not a fan of driving on snowy roads so I decided to hike on  the nearby Rails to Trails. 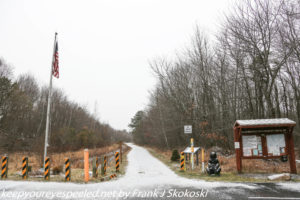 I arrived at the trail just as a light  snow began to cover the ground. It was calm and the 28 degree temperature did not feel to bad as I set off on my walk  in the gently falling snow. 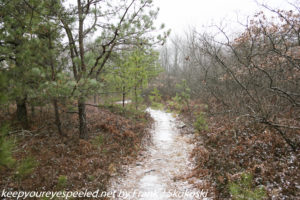 In my younger days I loved the snow and cold in Winter. I spent many hours in Winters past outside with family and friends, hiking, building snowmen and snow forts,  sledding, ice skating,  and skiing. Winter fires were always fun. 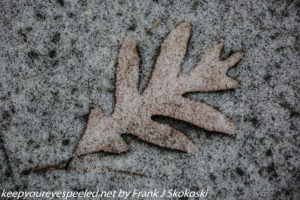 Injuries and degenerative changes in my low  back, neck, shoulder and now hip have ended a lot of these activities. And the deeper snow and ice make it hard to walk. But I am not one to sit inside so I will trudge through even the deepest snow, although I certainly don’t enjoy it  as much these days. 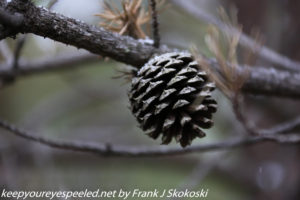 Today the snow fell lightly and it was not bad  walking. I enjoyed my hike on the trail  as the surrounding woods turned into a wintery wonderland. 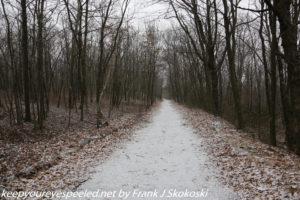 There were only three other folks on the trail and almost no wildlife. I only saw a few crows flying overhead. 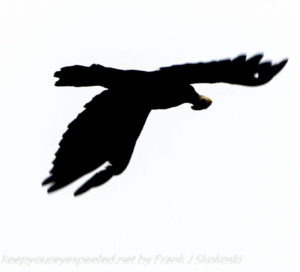 I didn’t even see the usual winter denizen of our woodlands, the juncos and black-capped chickadees. Like most sensible humans they were probably waiting for the snow to stop. I was hoping to see a few deer or even a bear but no such luck, This  bear sculpture at the entrance were the only bears I saw on my hike . 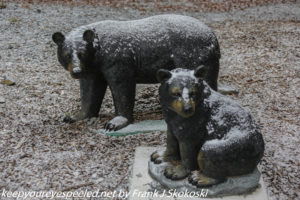 I walked out past the picnic area and new pet watering station next to the Dreck Creek Reservoir. 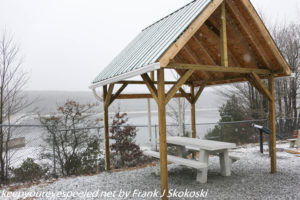 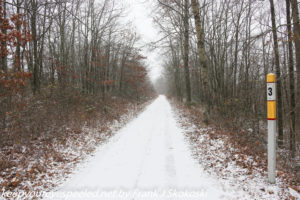 I walked back as the snow continued. There is always a hush in the woods during a snowfall and it puts me into a very reflective mood.  I reminisced on the  many pleasant memories of  my earlier years playing and walking in the snow. 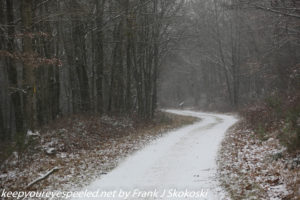 The snow continued my entire walk back to the parking area, and continues now. I have always been a Spring and Summer person but will have to admit, there is beauty in all seasons, even in Winter,  and I got to experience some of it today. Here is a link to some more photographs from my hike today. Rails to trails hike in the  December 9 2017.

Nature is full of genius, full of the divinity; so that not a snowflake escapes its fashioning hand.      Henry David Thoreau 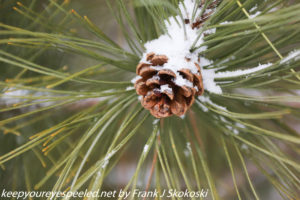