December 12, 2017 / fskokoski@gmail.com / Comments Off on Winter Arrives Early At The PPL Wetlands 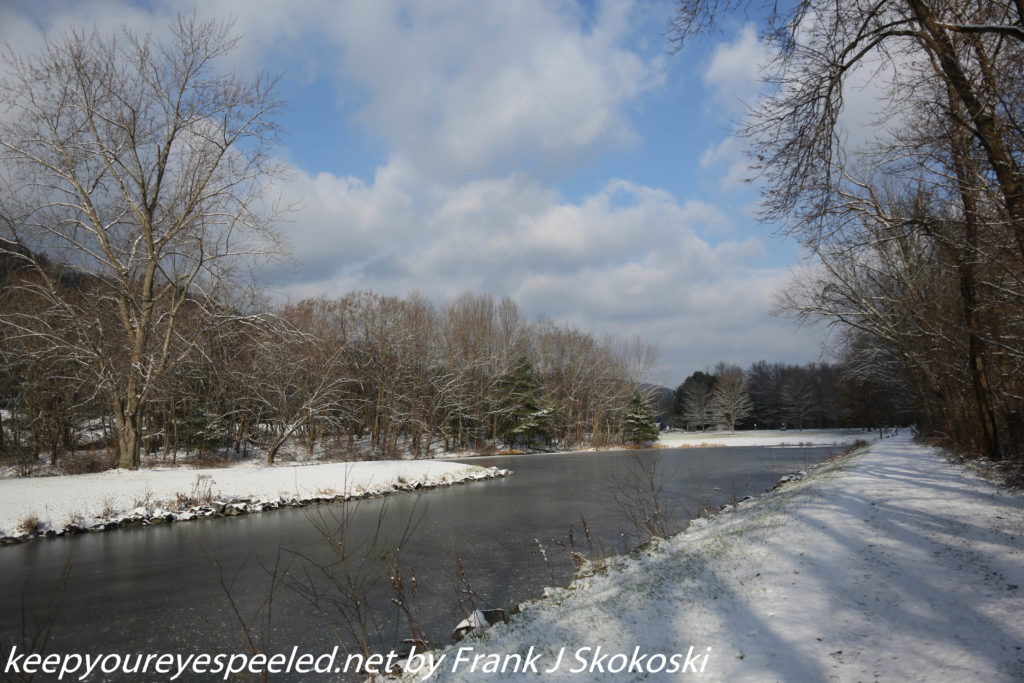 The snow that began Saturday  morning here in Northeastern Pennsylvania  continued to fall slowly all day. I awoke to find  an accumulation of about two inches on the ground Sunday morning.  Winter came early. This is not a lot of snow for us folks in the Pocono Mountains but enough to make walking difficult. I  once  looked forward to walking in the snow but not anymore.  It’s hard on my knees, back and hip and I  was sore from hike in the little snow we had on Saturday. 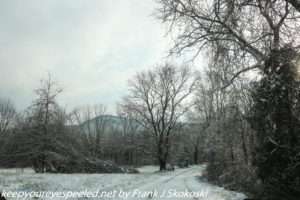 Even though it is harder I will still  hike in the snow and ice. I am not one for staying indoors,  even in sub-zero temperatures.  I will try and make the best of it, and,  sometimes, actually enjoy it.  So early Sunday I  decided to head down to the PPL Wetlands to enjoy the wintery scenery and see if I could see some wildlife. 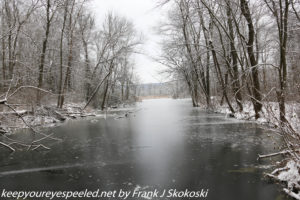 When I arrived at the wetlands I found the ponds and canals were now covered with  a thin layer of ice. 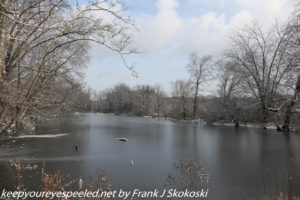 There were no turtles, ducks or waterfowl on the ice covered waters. 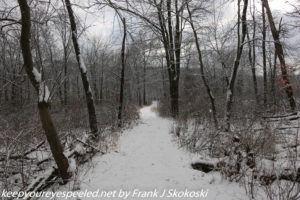 However, unlike my walk at the rails to trails on Saturday there were  a lot of birds still active in the cold and snow. I saw a number of downy or hairy woodpeckers in the leafless trees. looking for insects under the tree bark. 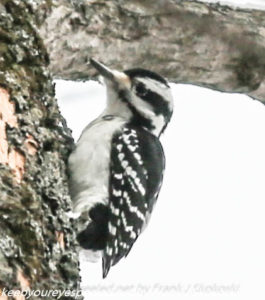 There were also a few flickers in the tree tops, also searching for insects. 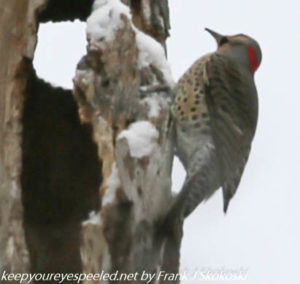 I also encountered  a  small flock of goldfinches feeding on some seeds. 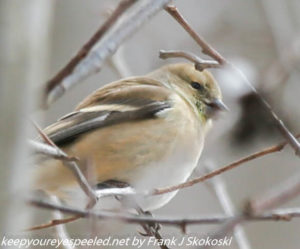 I needed help from a birder friend to identify these birds.  I had no idea that they have such different plumage in the winter. This is a male without his brilliant golden summer coat. 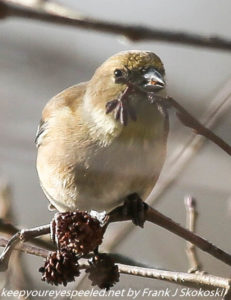 I also observed  a few tufted titmice fluttering in the trees and shrubs in the wetlands. 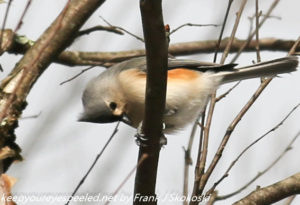 I walked toward the riverland section of the park and saw  a few deer, squirrels and chipmunks that were to quick for  me to capture with my camera. I was able to photograph one of the many nuthatches scampering down a tree trunk. 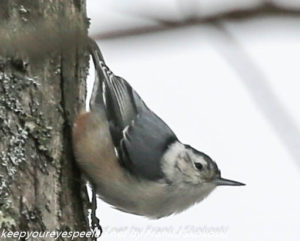 As I neared Lake Took-A-While the skies cleared and the rays of the weak December sun shone on still mainly ice free waters  of the lake. I usually see ducks, geese and cormorants  on the lake but not Sunday.  I thought they had flown south with the arrival of the snow and cold. 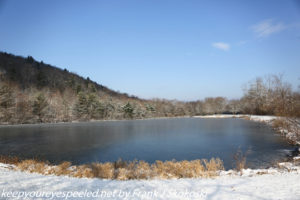 I soon learned I was wrong, with regard to the Canada geese anyway. I first heard, and then saw this flock of geese flying to the riverlands from the  direction of the Susquehanna river. 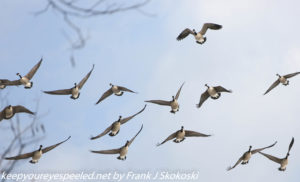 I am guessing they are still in the area, spending the nights of the ice free waters of the river and feeding in the farms and corn fields in the day. 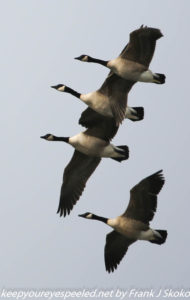 I decided to return to the wetlands and saw a few flocks of what, in my opinion, I consider are nuisance birds, the invasive European starling. Here is a link to some more photographs of the birds I saw on my hike. PPL Wetlands birds.

I did not see the abundance of wildlife or the many trees, flowers and berries I see in the warmer seasons but I still enjoyed the wintery scenery on my walk through the wetlands and riverlands and was pleasantly surprised with the many birds still active in this wonderful nature preserve. Here is a link to some more photographs from my hike. PPL Wetlands hike

“Life and summer are fleeting,’ sang the bird. ‘Snow and dark, and the winter comes. Nothing remains the same.”
― Elyne Mitchell 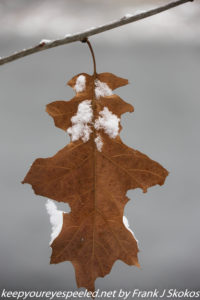