It Wasn’t The Nicest Day, But It’s Still Spring.

It Wasn’t The Nicest Day, But It’s Still Spring. 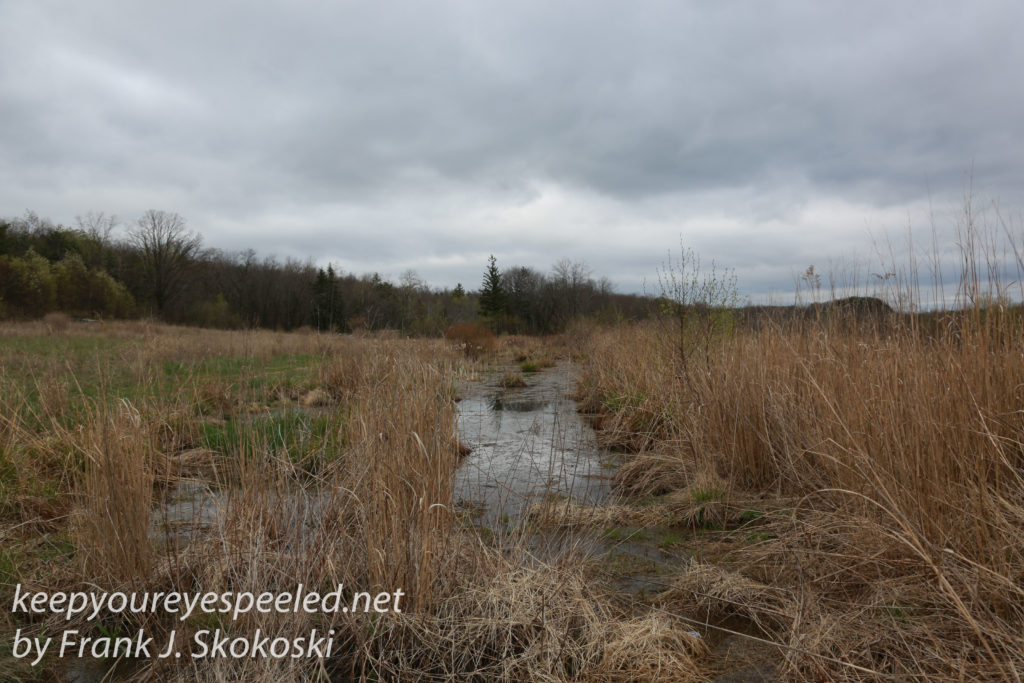 It was another cloudy and cool day today in Northeastern Pennsylvania. Gloomy would be a good word to describe it. But it’s Spring , so when I  had some free time after work,  I decided to walk out to the railroad tracks near my house to see what I could see. 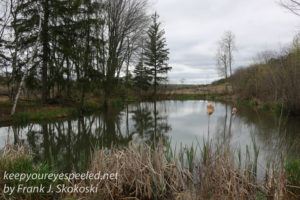 On my way to the railroad tracks I walked past some ponds and wetlands and found these two mallards enjoying the cool and wet weather. 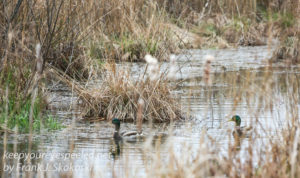 They weren’t happy too see me and took to the skies. the circled back over me and headed to more quiet, and safer,  waters. 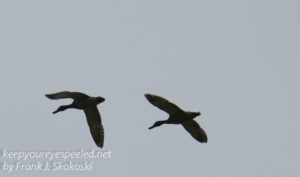 As a result of the cool, wet weather we’ve been having most of the trees were still bare but some of them, especially the willows and birch were developing their first leaves. it won’t be long until more of the trees join them. 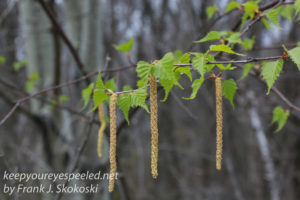 There were a few wild flowers on the ground including a lot of woodland violets. 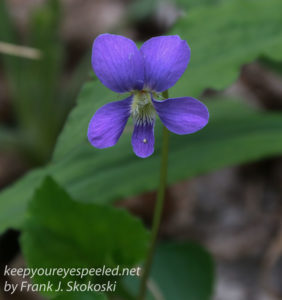 And these yellow flowers which I believe are a species of buttercup. 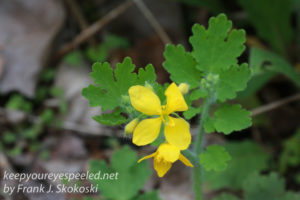 It was chilly and breezy and I didn’t see  much wildlife activity  on my walk to the tracks. 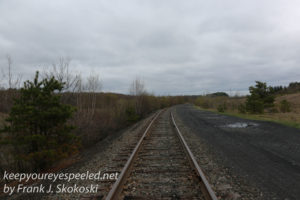 Once on the tracks I spotted a pair of white throated sparrows in the brush along the railroad tracks. They may have arrived with the large flock I saw last week and decided to stay in our area. I am glad they did. They are pretty birds. 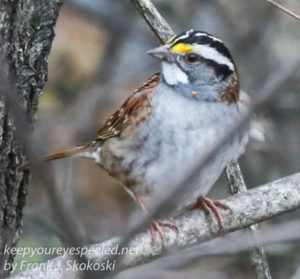 There were also a few red winged blackbirds and robins along the tracks, both  of the birds making a lot of noise as they searched for food or defended their nesting territory. 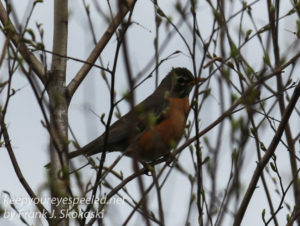 I will admit, although it is May, it felt more like March today so I wasn’t going to stay outside long. I headed back noticing a few more plants coming back to life despite the cool temperatures, including the sweetfern buses. 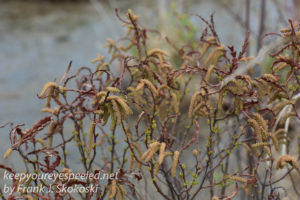 And the now troublesome, invasive weed, the japanese knotweed had grown considerably in the last week.  When young the shoots of this weed can be eaten but they were well beyond that stage today. 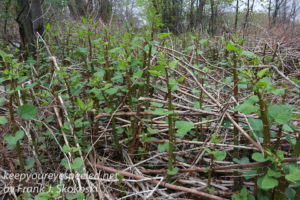 Another common plant in our area, which will grow quite large was also starting to sprout  out and spread along the paths, common burdock. You may know it from the burrs it produces in late summer and early fall. 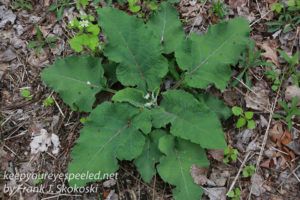 As I walked home I encountered another small flock of white throated sparrows foraging in the underbrush. As I watched them I also saw a few chipping sparrows and robins. 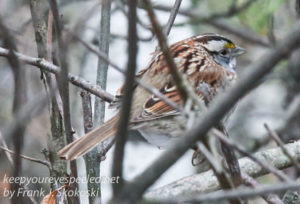 It wasn’t the type of May day we were waiting for all Winter, but it’s still Spring and, regardless of the weather, there is always something new to see if you get out and look for it. Here is a link to some more photographs from my hike. https://keepyoureyespeeled.net/photographs-page-2/nggallery/photographs-page-two-blog/railroad-hike-may-5-2016 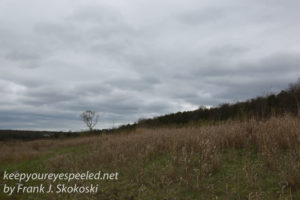 The energy of the earth flows through the veins of springtime. ~Terri 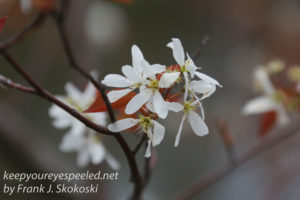