A Lot Of The Same Critters, But Also Some New Arrivals At The PPL Wetlands

April 19, 2019 / fskokoski@gmail.com / Comments Off on A Lot Of The Same Critters, But Also Some New Arrivals At The PPL Wetlands

A Lot Of The Same Critters, But Also Some New Arrivals At The PPL Wetlands

It was a cool week here in Northeastern Pennsylvania.  The cold didn’t stop Spring from slowly awakening the woodlands and forest from the cold Winter sleep. I drove to the PPL Wetlands in Salem Township to see how much progress was made despite the cold. 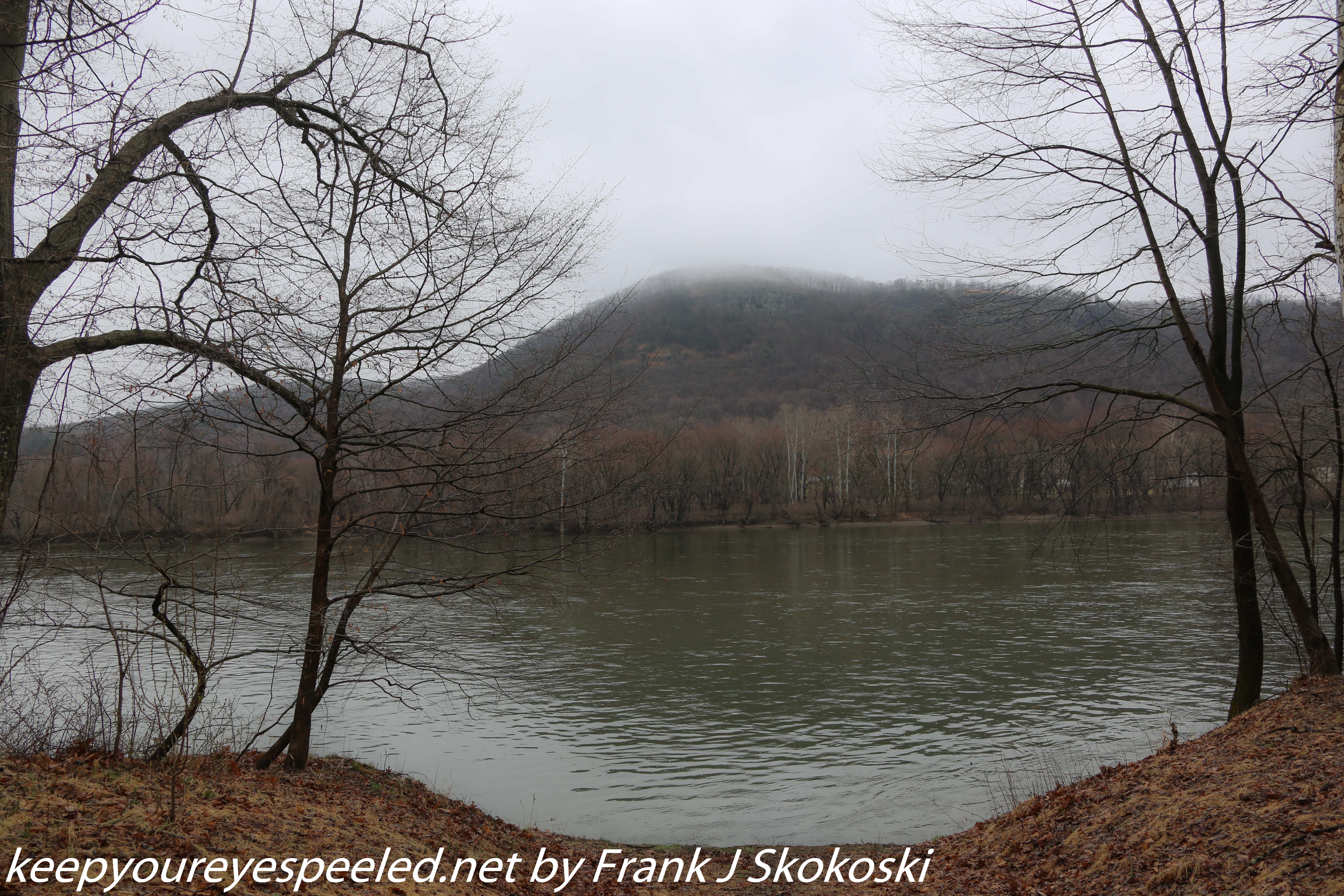 It was foggy and a chilly  35 degrees when I arrived at the wetlands section of the nature preserve. One sure sign of the progression of Spring was the open gate. It was closed for the Winter.  I parked my car and walked the short distance  to the Susquehanna River.  It was still high from the recent rains. 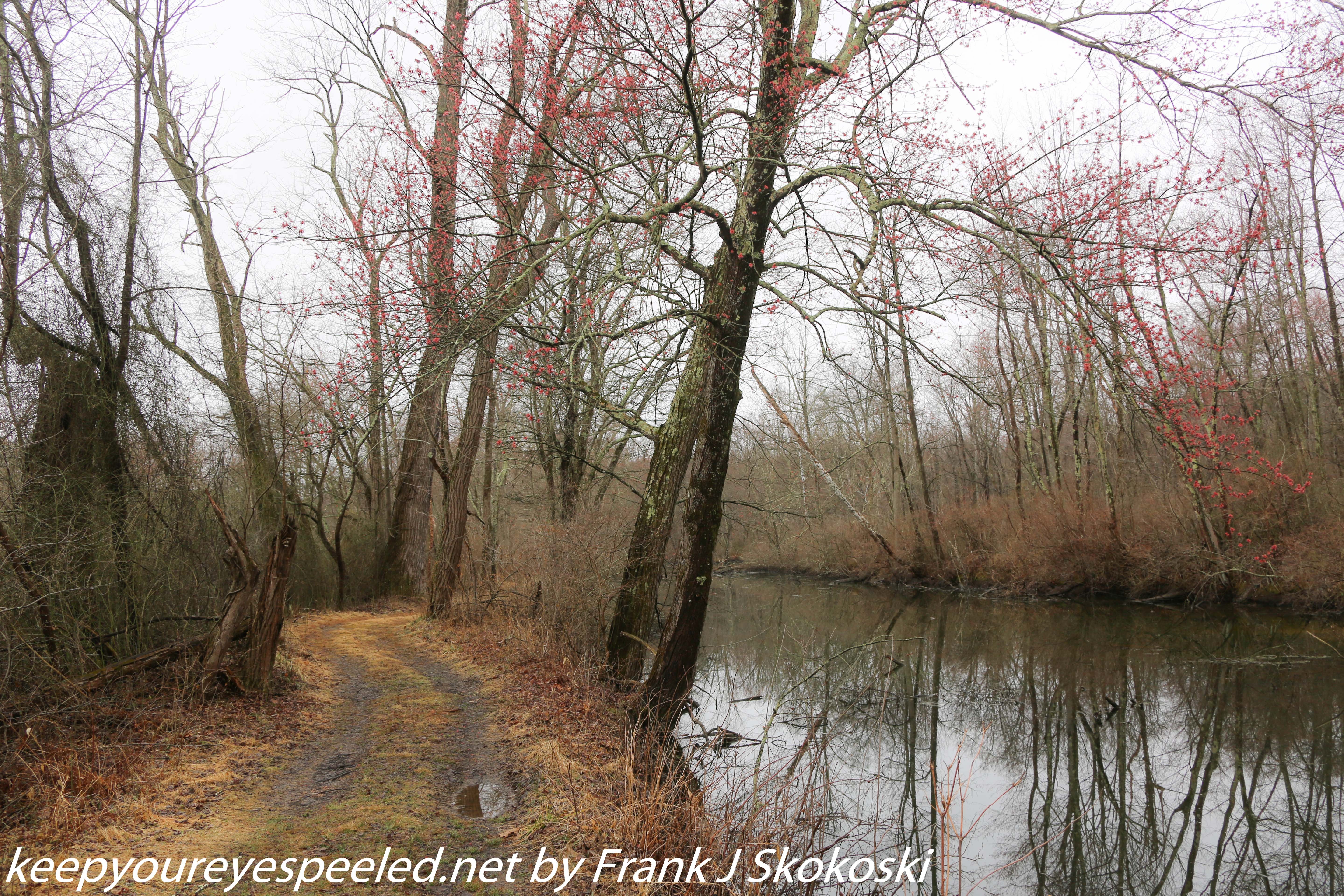 I followed the trail into the wetlands. This week, because of the colder temperatures, there were no turtles on the logs. The chorus of spring peepers was silent. These critters are cold-blooded and it was too cold for them to be active.

However, the  chatter  of the newly arrived red-winged blackbirds,

and  chirping of the robins was heard throughout the wetlands. There were other signs of Spring too. The red maple trees were beginning to bud.

And the skunk cabbage were unfurling their leaves.

I didn’t see any geese on the ponds in the wetlands  but I was excited to see this pair of beautiful wood ducks.  Wood ducks are very skittish and are hard to approach and photograph.

I hiked into the riverlands section of the preserve.  The large flocks of ducks on Lake Took-A-While were  gone. There still was one pair of bufflehead ducks on the lake,

and a few common mergansers. This is a male.

As  I was photographing the ducks, I saw a reflection on the water and looked up to see the juvenile bald eagle soar overhead. It is always a rewarding trip when I see an eagle.

I continued my walk along the lake and saw a pair of great blue heron standing statue-like on the far shore.

One flew away as I approached. I love seeing these beautiful birds.

Up to this point on my hike I had observed birds I had seen on my previous walks in the wetlands. As I was watching the great blue herons I saw this osprey fly overhead. This was my first sighting of an osprey  of this Spring.

I hiked to the river again hoping to some birds on its waters. I didn’t so I began my walk back to the wetlands. On the way I saw a few flocks of cormorants soaring overhead. Some landed on the lake.

As I walked through the wooded wetlands I was pleasantly surprised to spot this female wood duck perched  in a tree. I  believe they nest in holes  and hollows in trees.

I also saw another new arrival. I know this is a type of fly-catcher, I am pretty sure its a phoebe. This is another  sure sign of Spring since it means there must be some insect activity in the wetlands, since that is what these birds feed on.

Nearby was a flicker perched in a treetop.

I also saw one more critter before I finished my walk. This one didn’t have feathers. It lived in the water. It was covered in fur.

It was a muskrat sitting on the banks of one of the ponds.

I watched it watch me. It seemed not to mind me taking photos as it scratched and stretched on the banks of the pond.

As I ended my walk the sun broke through the clouds.  The strong April sun almost immediately warmed the air.  I soon heard  the sounds of a few spring peepers frogs. I wanted to keep hiking on this beautiful Spring day but I was hungry and had chores to do. So I reluctantly left the wetlands, and the many creatures who leave there. But, God willing, you know I will return.  Here is a link to a gallery with more photographs from my hike. PPl wetlands hike April 6 2019.

“Creativity is the Blue Heron within us waiting to fly; through her imagination, all things become possible.”― Nadia Janice Brown