A Frigid Hike At The PPL Wetlands.

January 6, 2018 / fskokoski@gmail.com / Comments Off on A Frigid Hike At The PPL Wetlands.

A Frigid Hike At The PPL Wetlands. 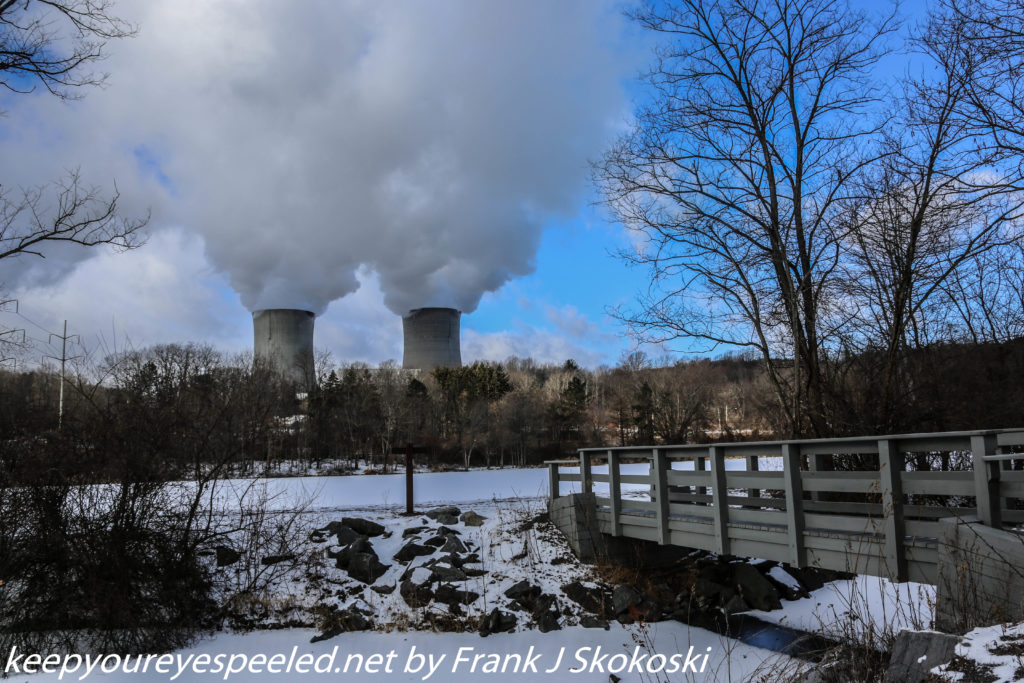 We  had frigid  weather  here in Northeastern  Pennsylvania these past two weeks. Temperatures dropped  even lower this morning, accompanied by bitter winds. The wind chill this morning was near -20 degrees. I actually like the challenge of hiking in these  extreme conditions and decided to again visit the PPl Wetlands. 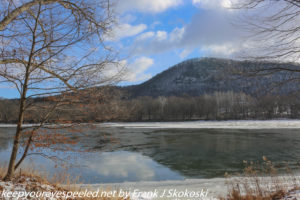 It was 7 degrees with a steady 15 mile per hour wind when I arrived. Before I started my hike I walked down to check out the Susquehanna River at the parking lot. I found that there was only a thin layer of ice on the river at this location. I thought it would be thicker. 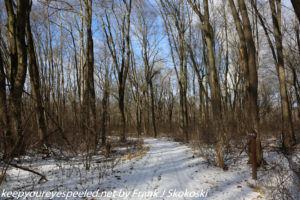 I walked back up to the wetland trail and began my hike on the powdery and “squeaky” snow. The cold temperatures create a very dry snow which squeaks as you walk on it. The colder the temperature the more it squeaks. 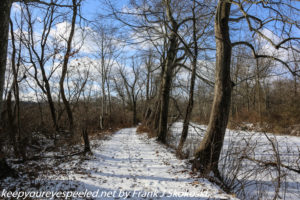 I walked along the canals which were now frozen solid.  I didn’t see any animals but there were sure plenty of tracks in the snow and on the canals. 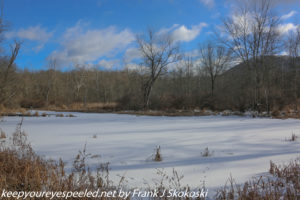 There were a few birds out in the frigid temperatures. As I have noticed these past few weeks one of their favorite foods is the berries of the poison ivy vines. I think this is a white throated sparrow enjoying some of the remaining berries. 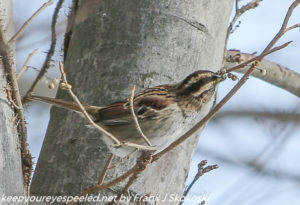 Here is another photograph of this, I am sure, very cold bird. 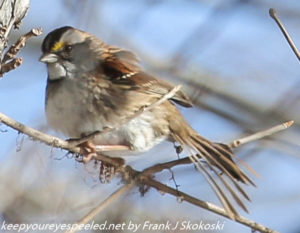 I also was surprised to see either a downy or hairy woodpecker eating the berries. 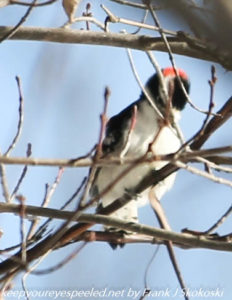 There is not much color in the wetlands now but even the brown leaves of last years plants have a delicate beauty in the cold. 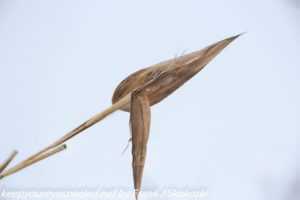 I had only planned to walk two miles because of the extreme cold but I saw a few more birds, I think this is a song sparrow, and decided to continue my walk to see what else I might find. 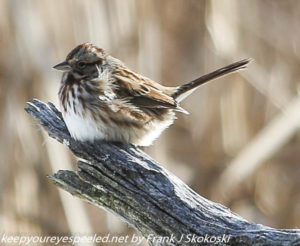 Again, I did not see a single squirrel or chipmunk.When  I heard the shrill cry of a red tailed hawk I  guessed this would be the reason. T I walked out to now frozen Lake Took-A-While. 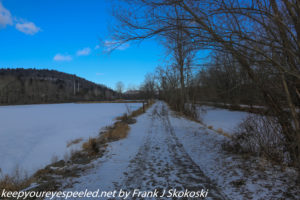 There were a few sets of footprints in the snow but I didn’t see a single person on my four mile hike. I did see a few more birds. including my friend the mockingbird, 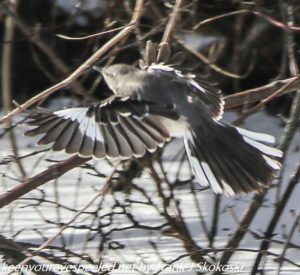 this female cardinal hiding in the brush, 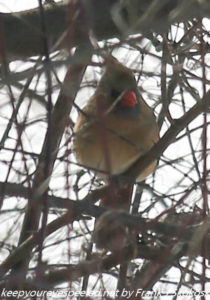 a flock of dark eyed juncos, or snow birds, 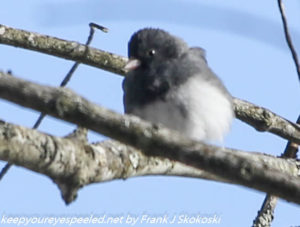 and this red bellied woodpecker. 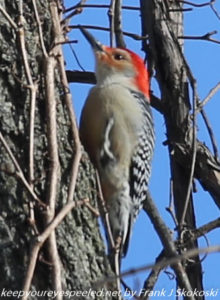 The cold and wind were starting to settle in my fingers and toes so I decided to begin my journey back. 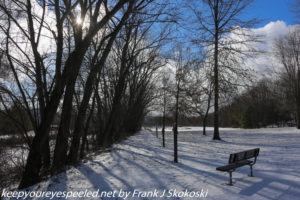 I have been hiking in the cold since I was in grade school and I find a long hike in the extreme cold, provides me with a feeling of accomplishment that I can meet Nature’s greatest challenge. It wasn’t easy walking back into the wind but it was exhilarating. 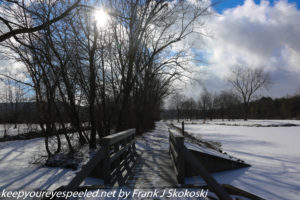 As I neared the wetlands, I took the trail along the Susquehanna River and found that  there was a lot more ice on the river  in this area. 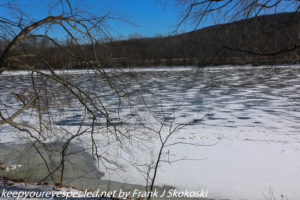 But there were also area of open water and I found a flock of Canada geese who decided to brave the frigid weather and remain in our area,

as did these common mergansers.

I was hoping the river would freeze over this year, but with a forecast for temperatures in the upper 40’s later this week, this does not seem likely. Although, you never know. I remember some pretty cold Februaries. On second thought, I’d rather a warm early Spring and not a frozen river. Here is a link to some more photographs from my hike. PPL Wetlands hike January 6 2018. 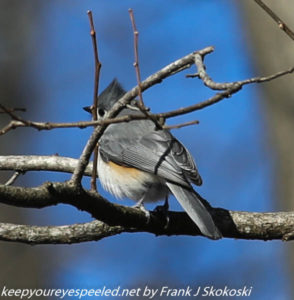 We feel cold, but we don’t mind it, because we will not come to harm. And if we wrapped up against the cold, we wouldn’t feel other things, like the bright tingle of the stars, or the music of the Aurora, or best of all the silky feeling of moonlight on our skin. It’s worth being cold for that. ~Philip Pullman