I Love Airports: A Short Flight To Southern Florida

April 11, 2018 / fskokoski@gmail.com / Comments Off on I Love Airports: A Short Flight To Southern Florida

I Love Airports: A Short Flight To Southern Florida 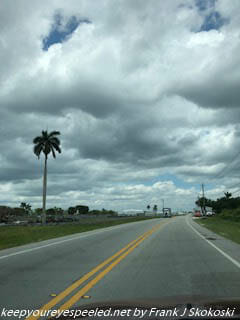 Well this is a nice  way to pass time on a flight. I’m writing a blog post at 35,000 feet. Thank you in-flight internet. I am starting to type this post somewhere over North Carolina. 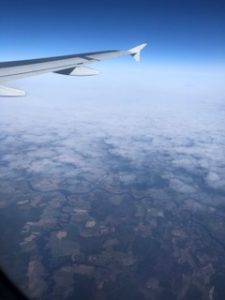 The late arrival of  Spring in Northeastern Pennsylvania , with all the cold and snow, made me decide   to seek some warmer temperatures. And,  also, my decision to shave my beard.  I grew one over the winter and it got quite long.  I was told I either was looking like Santa Claus, a wizard or a homeless person. Well it is gone and I need some sun to even up the tan on my face. So I am on my way to southern climes, the Everglades and Florida Keys. 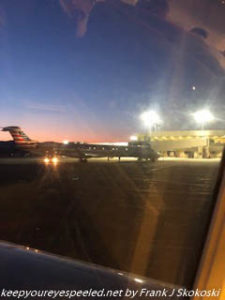 I left my house under clear and frigid skies at 4:15 a.m. The temperature was 19 degrees. I drove the 38 miles to the Wilkes-Barre Avoca airport . I love this airport. Well I love all airports, and boats and trains….. I love to travel. I enjoy people watching at airports. Tearful goodbyes, cheerful hellos, excited chattering, nervous folks on first flights and seasoned travelers and  business men going through the same old  routine. I enjoy it all. 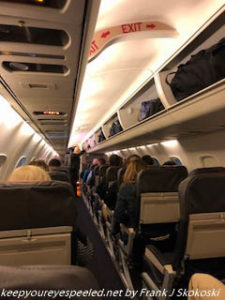 There wasn’t a lot of time to people watch this morning. There was  a  line at the security checkpoint when I arrived. I didn’t have much time when I got  to my gate.  I was soon  sitting in my plane for the short 25 minute flight to the Philadelphia airport. As always there was a delay. This one was a little surprising. De-icing of the  airplane wings in April . 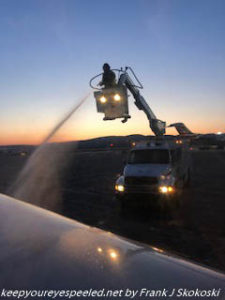 We were delayed about twenty minutes but we were soon in the air. I try to always get a window sit and enjoyed watching the sun rise as we ascended over the clouds. 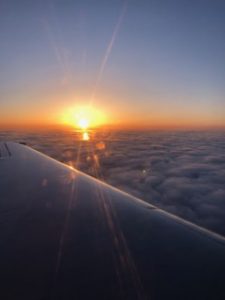 I remember always stopping to watch airplanes fly overhead as a child. I wondered about who was on the plane. Where were they going? What were they thinking? Were the looking down at me? I was so jealous that they could travel the skies. I still think these thinks but now I also wonder about the folks living their lives in the many lands below me as I am the one in the airplane. 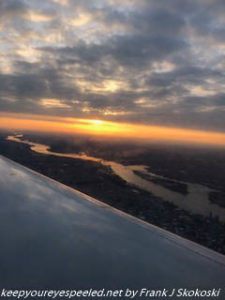 We were soon near my favorite city, home of the Super Bowl Champion Philadelphia Eagles. The Deleware River winded its way below 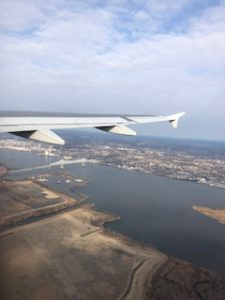 I was soon on the ground but had little time to people watch since my connecting flight boarded in 15 minutes. And there was the shuttle bus ride to Terminal C. It was a little hectic, but I love hectic at airports.  I was soon seated on my plane for the 2 1/2 hour flight to Fort Lauderdale. We had another half hour delay as we waited for a replacement Captain. Yes that is what they told us. 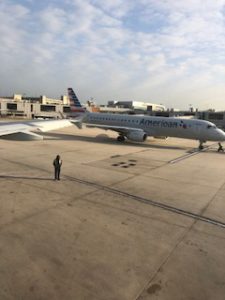 We finally were airborne, with our new Captain, and flew over the Deleware River as it empited into the Chesapeake Bay. 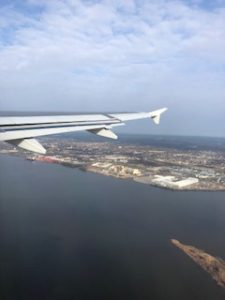 There was no food service on this flight so I settled for a cup of coffee and some crackers. I am very hungry right now. This blog is going to be shortened since we hit some turbulence and they are telling us to store our laptops.  I am near Daytona Beach now and was reflecting on my memories walking on its long and wide beach. 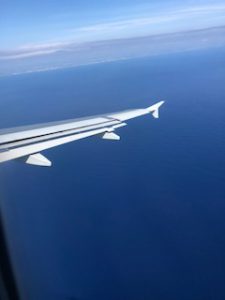 We should be landing in a half hour but I’m signing off now since we are shaking and it is hard to type. I will try and finish up later. 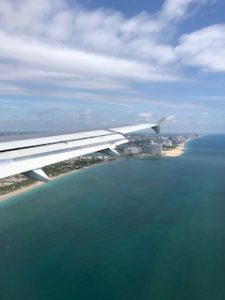 Well  we are at a lower altitude and things calmed so I will try an finish this now. There are quilt-like clouds below now blocking my view of the landscape below but still  pretty to look. I also love cloud watching on airplane flights. 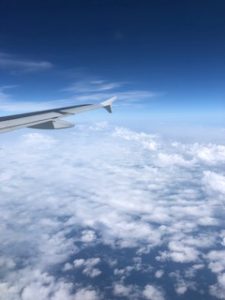 We are near West Palm Beach now and should be landing in around twenty minutes. I hope to get my luggage, pick up my rental car and arrive at my hotel, the Best Western, in Florida City  around 1 p.m. And, after an hour of  taking in some sun I hope to be roaming the Everglades and finding some cool stuff to share. 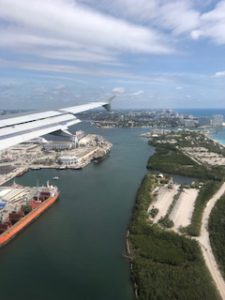 Well I am here. It’saround 1:30 p.m. And I will finish this up quickly. I landed in Fort Lauderdale 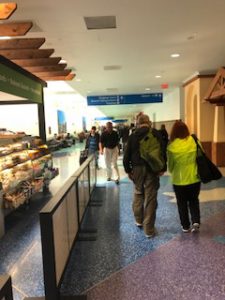 and had some delays at the airport, especially getting my rental car. They made up for it by giving me a Jeep Compass. Pretty cool. 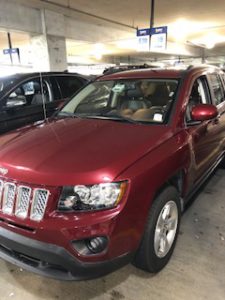 I drove one hour south to Florida City. Unfortunately, under cloudy skies. 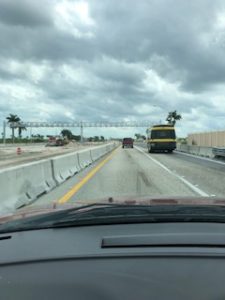 I am off to do some hiking in the Everglades  and hope to post some more photographs later. Glad you have come along. 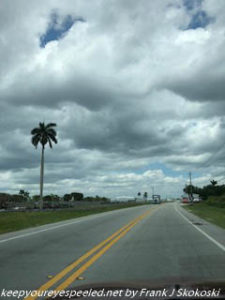 Flight by machines heavier than air is unpractical and insignificant, if not utterly impossible.     Simon Newcomb