It's Sure Not Looking Like Spring In The Lehigh River Gorge

March 19, 2017 / knoxweb / Comments Off on It's Sure Not Looking Like Spring In The Lehigh River Gorge

It's Sure Not Looking Like Spring In The Lehigh River Gorge 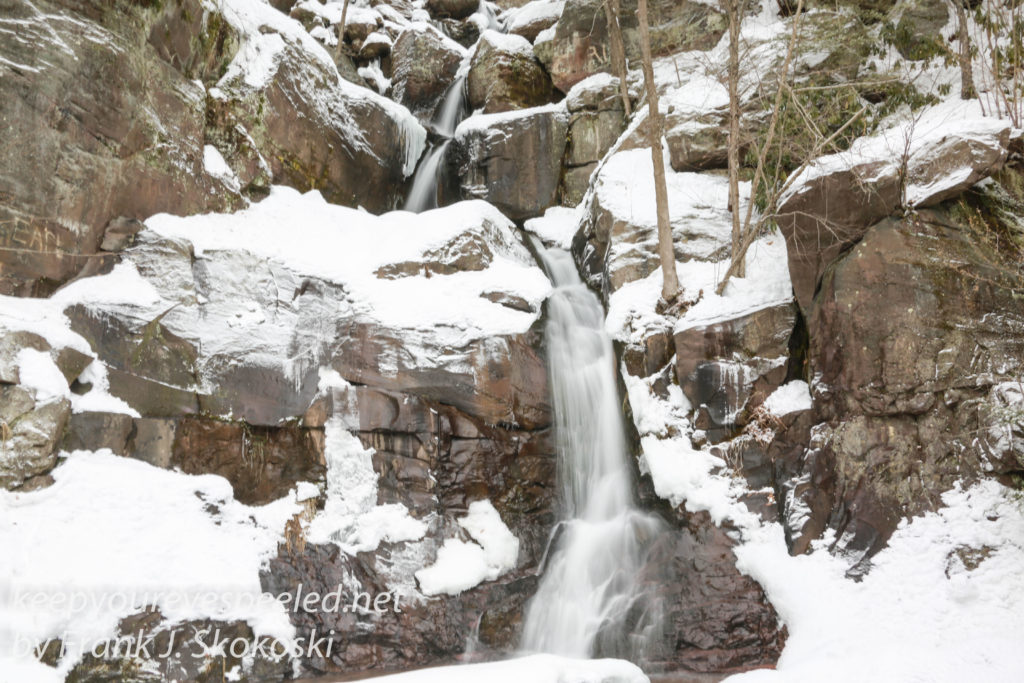 I chose this trail since it allows snowmobiles.  These recreational vehicles compact the deep snow cover. making for easier hiking. I was hoping there was at least one snowmobile enthusiast out on the trail since the storm.  I knew it would be hard walking in the  snow when I saw these two deer having a hard  time getting around in the snow drifts. 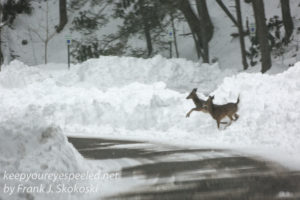 I made it down the steep road to the parking area along the Lehigh River and found two other automobiles so I wasn’t the only one down here like I was a few weeks ago. 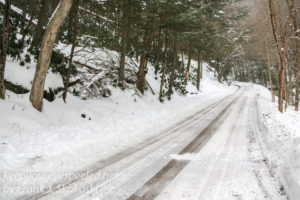 I was relieved to find that there were snowmobile tracks on the trails and I began my hike by heading  eastward on the trail. 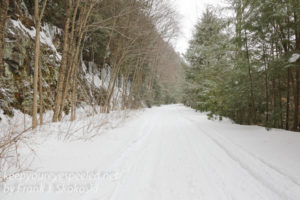 I found there were more ice formations on the cliffs along the river today than there were in January. 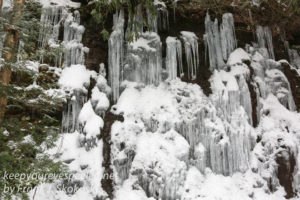 After about a quarter mile I came to Buttermilk Falls which was not frozen and had much more water cascading down it’s cliffs than my last visit. 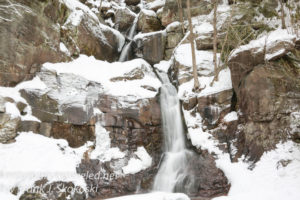 I walked past a couple walking their dog and didn’t see another person  for the next three miles. There also wasn’t much wildlife out either. I saw a small hawk darting in and out of the threes along the gorge, a few nuthatches, black-capped chickadees and this woodpecker. i wasn’t sure if it was a downy or hairy. 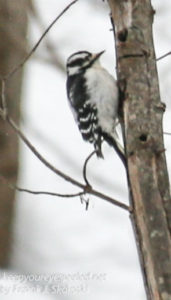 I enjoyed listening to the roar of the river below the trail that followed the old railroad right of way. I walked by the ruins of the old locks that were part of the Lehigh Canal but I didn’t venture off the trail to explore them, as I always do, because of the deep snow. 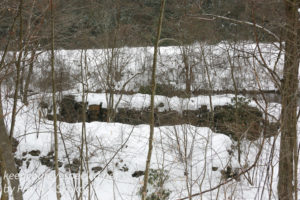 I walked out about 3 miles, to Mud Run, where it flows into the Lehigh and the exhibits on the Mud Run train disaster that occurred near here in 1880. I did a blog post on the massacre and it can be found in the archives of my blog. 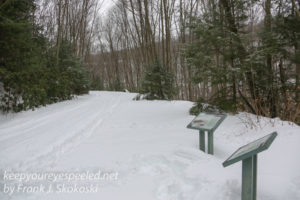 I decided to leave the compacted snow of the trail and venture down to the Lehigh River. It wasn’t easy. The snow was up to my knees, and even higher in some drifts. But the walk was worth it. 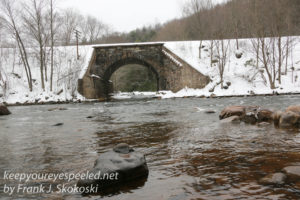 I  always enjoy sitting next to water, whether it is a pond, lake creek, river or ocean. Today I had to sit on a wet rock but i still enjoyed the view, and the sound of the flowing water. 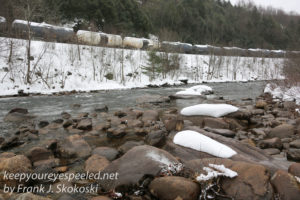 As some of you who read my blog on a regular basis may know,  I love trains and I was rewarded for my efforts to get down to the river when I heard an approaching train. I watched the locomotive pass, the engineer honked his horn at me, followed by almost 100 tankers. Here is a video I posted on my YouTube channel. https://youtu.be/-MT8LTMzFeo 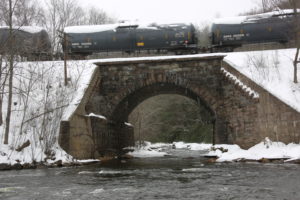 After the train passed I trudged back up to the trail and finally saw two persons riding their snow mobiles on the trail. 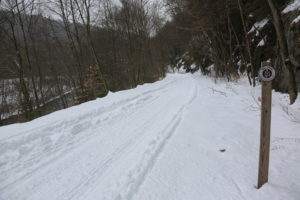 Even with the snow being compacted from the snowmobiles it  wasn’t easy walking, there being an inch or two of lose snow atop the compacted snow. It was a long  and exhausting walk back. I am still sore as I type this. 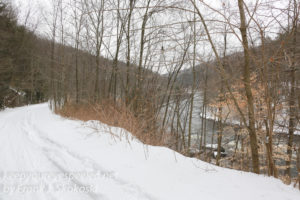 Still it was nice to get out and enjoy the beauty of the aftermath of the storm. 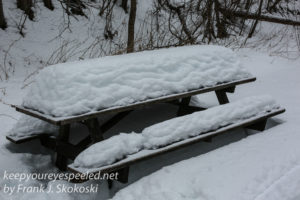 At least the snow had stopped and the temperatures were not too bad, staying  near the freezing mark.  Evidence of this would be the leaves of the many rhododendron  growing along the trail. In frigid temperatures their leaves curl up but not today. 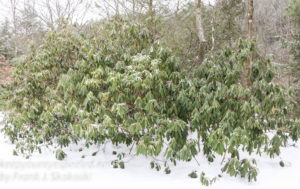 I passed another couple on snowshoes before I arrived at me car. So this time I was not alone in the gorge, like my last visit, there were seven other people out enjoying the beauty of the Lehigh River. Hopefully, this blog may encourage some other folks to head out in  snow, and enjoy, what I am hoping is the last winter storm for at least another year. Here is a link to some more photographs from my hike .https://www.keepyoureyespeeled.net/photographs-2017/nggallery/photographs-2017/Lehigh-River-Gorge-hike-march-18-2017- 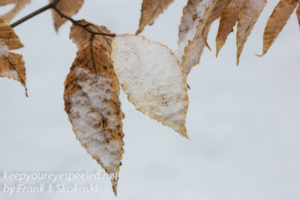 “Eventually, all things merge into one, and a river runs through it. The river was cut by the world’s great flood and runs over rocks from the basement of time. On some of the rocks are timeless raindrops. Under the rocks are the words, and some of the words are theirs. I am haunted by waters.” ― Norman Maclean,]]>