Poland Day Twelve: An Evening In The Wieliczka Salt Mine

May 28, 2017 / fskokoski@gmail.com / Comments Off on Poland Day Twelve: An Evening In The Wieliczka Salt Mine

Poland Day Twelve: An Evening In The Wieliczka Salt Mine 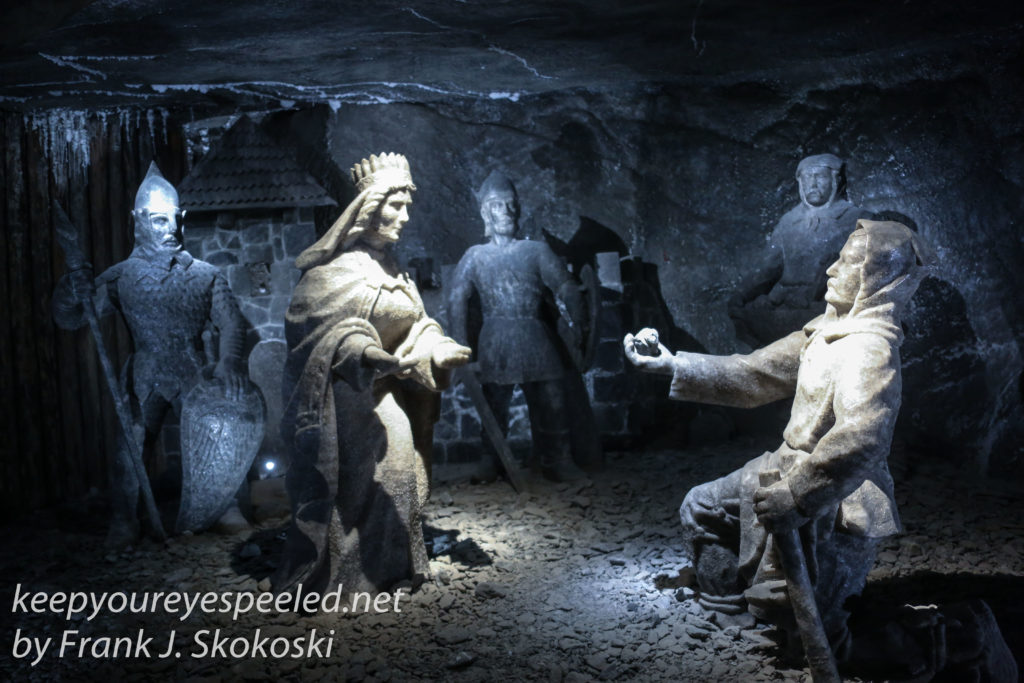 We did not have much time to rest  after returning from our tour of Auschwitz and Birkenau.  We had arranged an evening  tour of the famous 700 year old  Wilelczka salt mine about a half hour bus ride from Krakow, another UNESCO World Heritage Site. 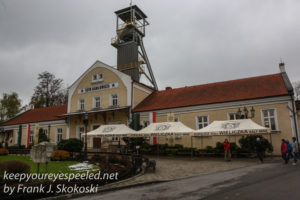 The mines have been operated continuously for 700 years bringing great wealth to their owners since salt was one of the only ways to preserve food in the middle ages. It is also famous for the many sculptures made of salt that the workers created, and which are displayed, in the almost 2 miles of  the 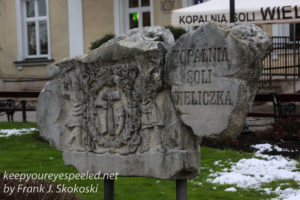 mine open to the public.

We  entered an elevator and descended into the mine, beginning  our tour at one of the upper levels of the mine, although we were  still almost 300 feet underground. 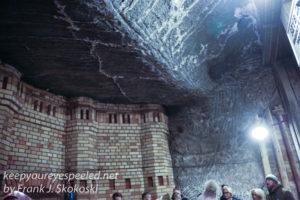 We learned how the mines began and  and how they changed as new technology improved the mining methods over the centuries. And we saw various exhibits depicting the various mining methods employed over the years. 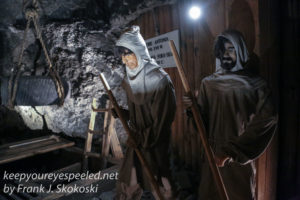 We also got to sample the salt, by licking the walls of the mine, as we were constantly amazed by the beauty of the sculptures we encountered. 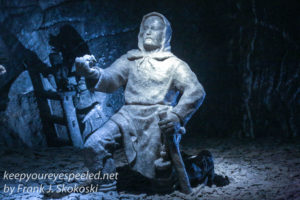 We proceeded downward, learning about the different levels of the mine and visiting the many sculptures made form the salt along the way. Here is a link to some more photographs from the first part of our tour. https://keepyoureyespeeled.net/poland-photographs-april-2017/nggallery/poland-april-2017/Poland-Day-Twelve:-Wieliczaka-Salt-Mine-April-19-2017- 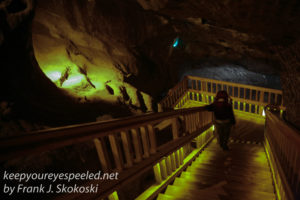 We climbed down a number of stairways and reached the beautiful  Chapel of St Kinga with it’s many altars, sculptures and chandeliers all made of salt. 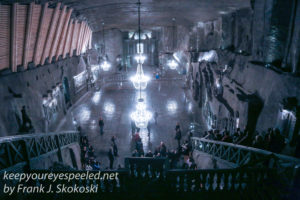 It was hard to believe the beauty of this massive chamber almost 400 feet underground. 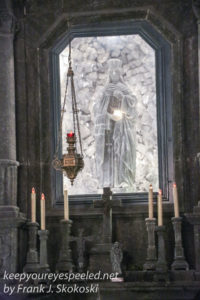 We learned about the chapel and many of the sculptures from our guide. 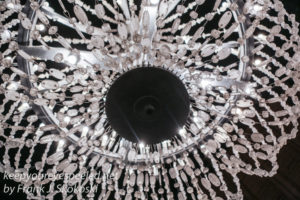 And we then were given some time to explore beauty of these unique works of art. 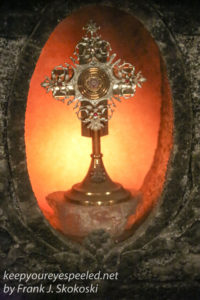 After visiting the chamber we continued our tour visiting an underground salt lake, 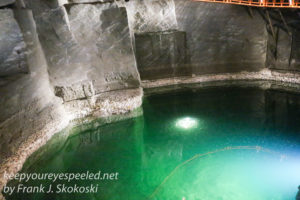 and encountering this very real ghost roaming the mine. 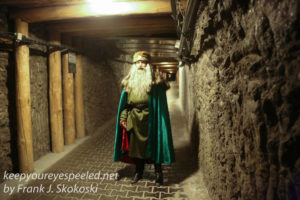 We came to a large chamber which was supported by massive wooden trestles and more elaborate salt sculptures. 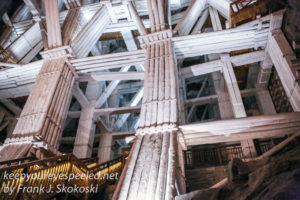 I am a big fan of J.R.R. Tolkien’s Lord of The Rings and I could not help but imagining I was in the mines of Moria as we continued our tour of the mine. 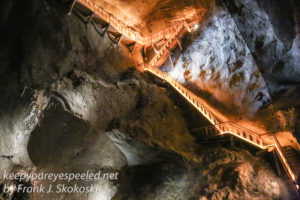 Out tour ended at an underground restaurant and gift store where we had some time to shop or grab a quick bite to eat. I just sat and reflected at yet another wonderful place, one of so many, I had discovered on my visit to Poland. 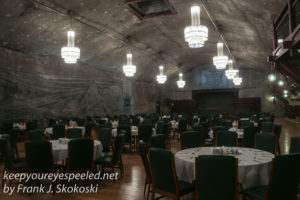 There was also a chapel, were weddings were performed and a health spa located nearby. We next boarded a very small elevator where a lot of us were crowded into a very small space for our long journey up to the surface. It was not a ride for a claustrophobic person. 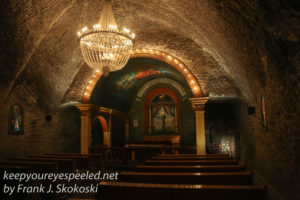 We returned to our hotel, where we had a nice late dinner, and a glass of wine. I was soon fast asleep, a little sad, knowing it would be my last night, but also looking forward to the adventures that were ahead as we traveled to Warsaw. Here is a link to some more photographs from our visit to the mine. https://keepyoureyespeeled.net/poland-photographs-april-2017/nggallery/poland-april-2017/Poland-Day-Twelve-Krakow-Wieliczka-Salt-mine-part-two-April-19-2017- 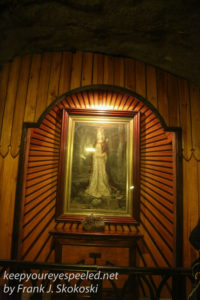 “A person does not grow from the ground like a vine or a tree, one is not part of a plot of land. Mankind has legs so it can wander.”
― Roman Payne