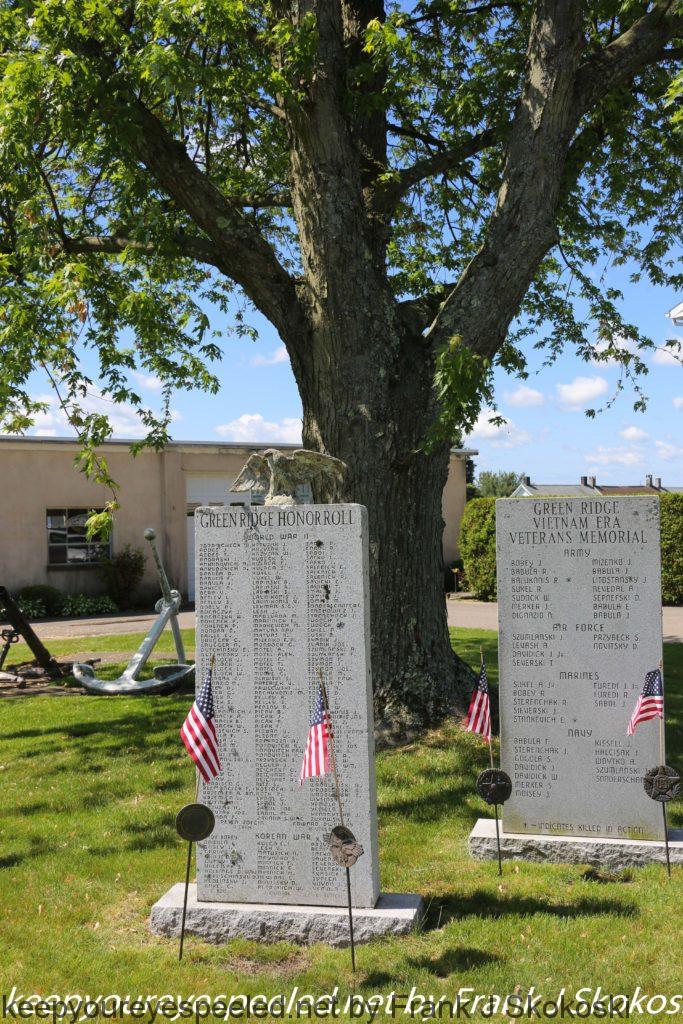 I have many happy memories of Memorial Day from my childhood in the Green Ridge section of Hazle Township. It was a day of picnics, parades and my approaching birthday. I knew it was about honoring departed soldiers. My dad always displayed his flag and took us to the cemetery. I will admit, it wasn’t until I was honored to be elected Mayor of the West Hazleton in 1989 that I  came to truly understand its significance to our Veterans and their families. Especially those whose family member made the ultimate sacrifice for their Country. 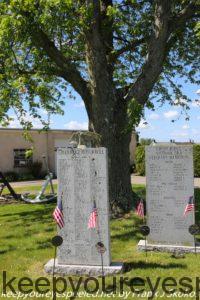 This Memorial Day I again was honored to participate in the Memorial Day parade in West Hazleton. I have done so every year since I left office. As always it was a great tribute to our fallen soldiers.  It was a beautiful sunny and pleasant day this year. After the ceremonies ended I decided to hike close to home since I was attending a family picnic in the afternoon. I left my house and came to the Green Ridge War Memorial on Green Street.  It is about a block from my current home and the same distance from  the home where I grew up. Many memories of the ceremonies here over the years. . 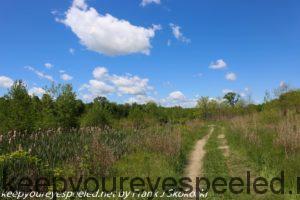 I continued my walk to the coal mine reclamation area about a half mile from my house.. This area was once strip mines, culm/ slag banks and coal silt deposited from washing coal at the nearby Cranberry Coal Breaker. As a child my friends and I would spend countless hours playing in what many people considered waste land. It was our playground.

In the summer we searched for frogs in the wetlands, camped and played army or other games. . In the winter we ice skated on the ponds,  sled down the hills and built fires to keep warm. Good days they were. 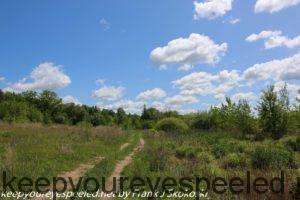 The strip mine were reclaimed about 10 years ago. Such a change. Places where we experienced  such good memories were no more.  However some good came of it.  New  areas of wetlands were created. As I walked through these  wetlands I encountered numerous red-winged blackbirds who weren’t happy I was approaching  their nests. The males are very territorial and flew threateningly near my head. 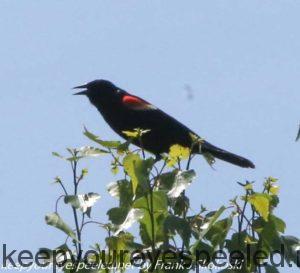 I also saw some wild flowers growing in the wetlands. 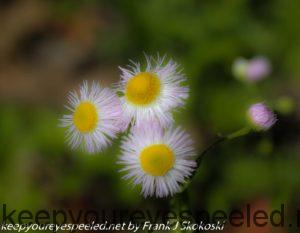 I’m  not sure what either ones were called, but they were pretty. 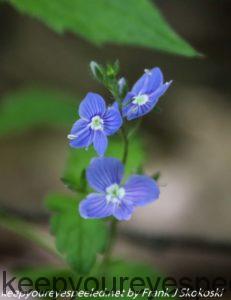 I soon came to the railroad tracks . I have been hiking these tracks since I was in the fourth grade. We  would walk these tracks on many a day, following them around the “ridge” and back into West Hazleton near the High School and playground.  More good memories. I  still  enjoy walking the tracks even though the surrounding landscape has changed so much since I was a child. 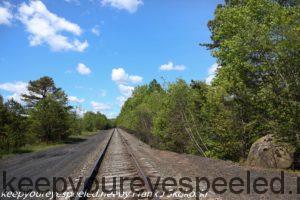 Growing near the tracks were many of my favorite flowers,  Lady Slipper orchid or, as my dad called them “duck flowers”. Dad would take me and my siblings out the strip mine roads in search of these flowers and the pink azalea or honeysuckle every Spring. . 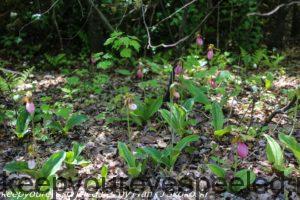 He would tell us, like he did when he took us to search for wild mushrooms, to “keep our eyes peeled” as we searched for them. He loved these flowers. 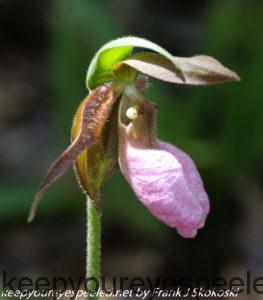 I continued walking  the railroad tracks . The tracks are the same. However the surrounding land is entirely change, Gone are the deep coal pits or “strippins”. As were the large banks of slate and other waste materials from the deep mining and strip mining that occured for over a century. I loved those mines. 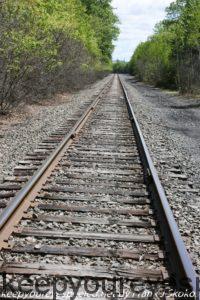 In about a mile he tracks came to the “tower lines”. They too have changed. The steel  “towers” are gone,  replaced by new streamlined steel poles. We picked “huckleberries” or low bush blueberries on many a summer morning under the old  “towers”. 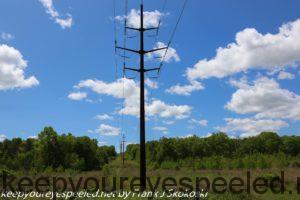 I left the tracks and followed another abandoned railroad right of way.  It passed the large rock formations we called the “Indian Rocks” Once again many memories of climbing these rocks over the years. 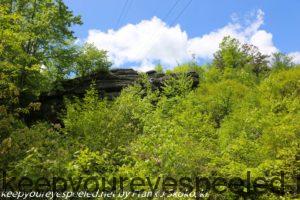 The railroad right of way ended at a new sewer line that ran along Interstate 81. The highway opened just about when we started exploring this area. The sewer right of way didn’t exist. It was built sometime in the 1980’s. 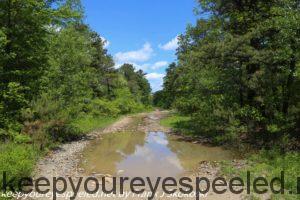 There were some pink azaleas or honeysuckles still blooming along the trail. 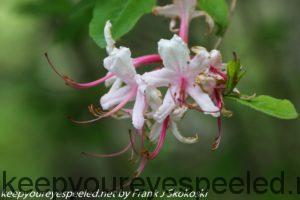 The sewer line right of way  led me into the Valmont Industrial Park. When we were young we would cross the Interstate near here  and hike out to the swimming hole called “white rock”. Later  my dad, brothers and I would park our cars at this cul-de-sac and cross the highway in search. of mushrooms and huckleberries. Memories of good times  again flooded my head. 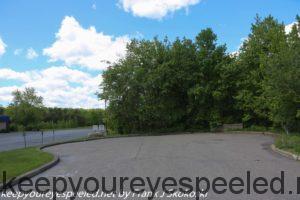 I walked the roads of the industrial park and into a  large wetland or bog.  The Valmont Bog sanctuary is a  protected habitat where rare orchids blooms in late summer. It is now owned by the North Branch Land Trust. Shiny Creek flows near here. As children we quenched are thirst here after a long  morning of picking huckleberries. 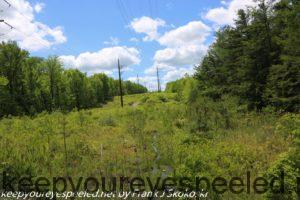 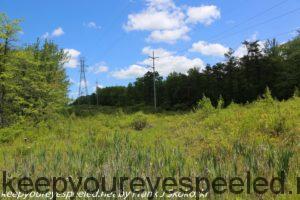 The “third rail” was replaced with a regular railroad track when I was growing up in Green Ridge. The train would take raw materials to a few shoe factories in West hazleton. I saw many a train on this track. 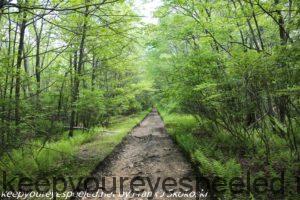 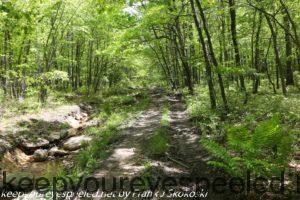 The tracks were removed about 20 years ago. The right of way is the northern border of my property. I grew up in these woods . I am so fortunate to won them now.  I would be out here in all four seasons with my friends, exploring the rocks and caves, building campfires and later on, drinking beer, underage, of course. . They were good days. 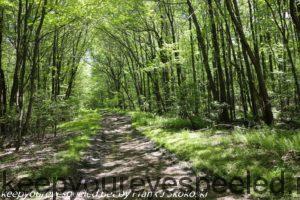 I followed the tracks up to  the baseball fields in West Hazleton,  The old West Hazleton High School was located atop the hill. This was my High school and I loved those years. It is now an elementary school. It was not almost midday as I walked the half mile on North Street to my house. I walk this route everyday day now , visiting departed family in the Mountain View Cemetery. Here is a link to a gallery with more photographs from my hike. Green Ridge hike. May 27 2019. 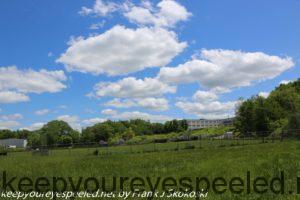 “The child I was is just one breath away from me.”
― Sheniz Janmohamed 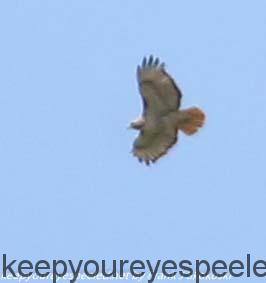