A Bald Eagle Sighting At the PPL Wetlands Is Always Exciting

A Bald Eagle Sighting At the PPL Wetlands Is Always Exciting 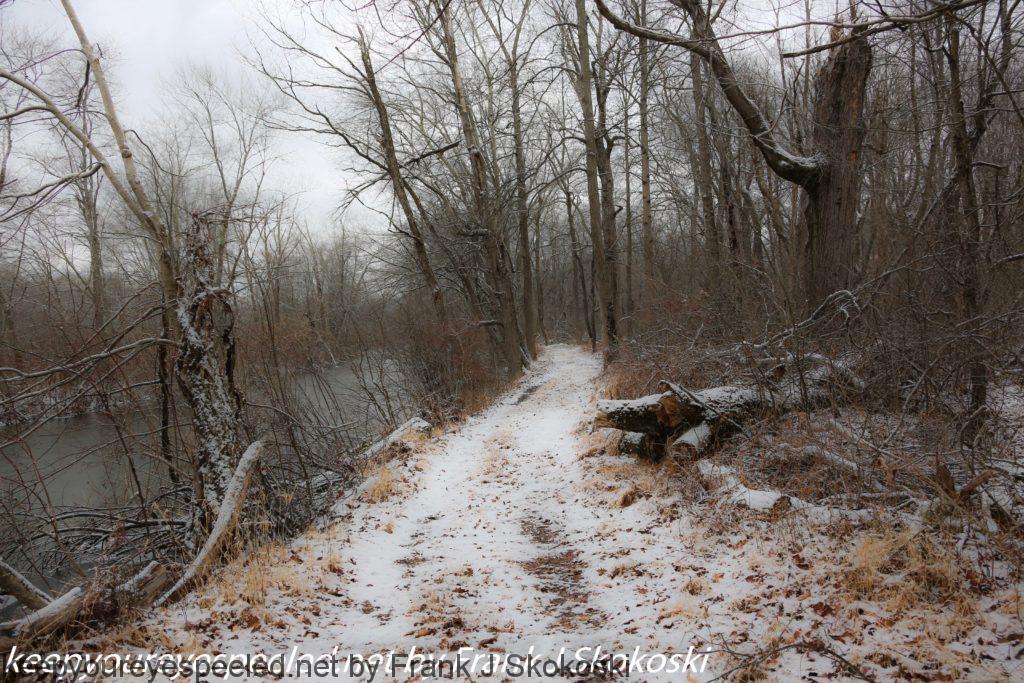 Temperatures remained near freezing Saturday night here in Northeastern Pennsylvania. This is mild for February in these  parts. We also got another dusting of snow. I decided to return to the PPL Wetlands and look for one of  a bald eagle. A  family of eagles  have nested near the wetlands and have been visiting the lake and river. In fact, I saw one, I think it was a juvenile three times on my Saturday hike but couldn’t get a photograph. I was hoping to have more luck Sunday. 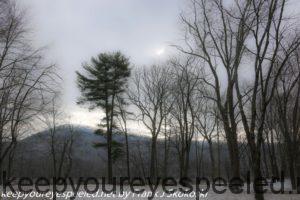 It was overcast when I arrived at the wetlands. I found that more ice formed on the canals and ponds. This didn’t keep the Canada geese from leaving the still open waters. They were noisy again, fighting for mates and territory. Unfortunately, it is still possible to get  a frigid  arctic air mass which would freeze waters in the wetlands and possibly even the river. The geese would have to  abandon their hard-fought for nests. I am hoping this doesn’t occur. 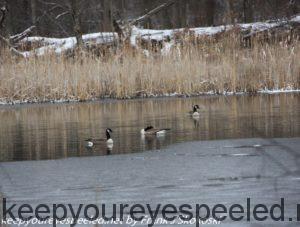 After seeing the geese  I saw an animal quickly scamper on the opposite bank of a canal. I thought it was a muskrat or a beaver. However, when I returned home and cropped and edited the photograph I took I noticed it wasn’t either of these animals. I posted it on my Facebook page and asked for help identifying it. Two possibilities were raised a fisher or a mink. The majority of the comments suggested a mink. Feel free to add your opinion in the comments.

I continued my walk through the wetlands. We had another dusting of snow giving the trail a wintry appearance. 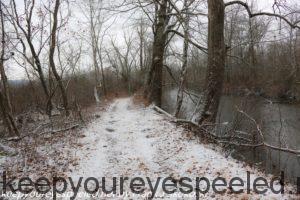 On my walk I encountered a number of woodpeckers. Again I am not certain if they are downy or hairy woodpeckers. Their tapping on the tree trunks in search of insects echoed through the woodlands. 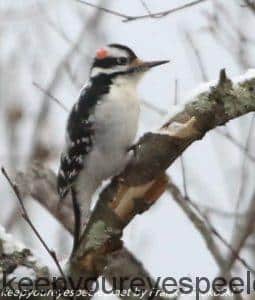 The male cardinals were also active. Perched high in the tree tops they sang loudly, and , like the male geese, were searching for a mate. 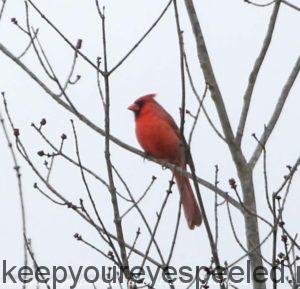 Another bird was also singling loudly. I had heard it a few times but could not get a photograph. On Sunday I did. It was an elusive march wren. 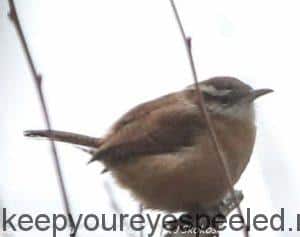 Not to far away I found an even more elusive bird, a sedge wren. These tiny bird  continuously darted along the ground. It took me 15 minutes of following it to capture this photograph. 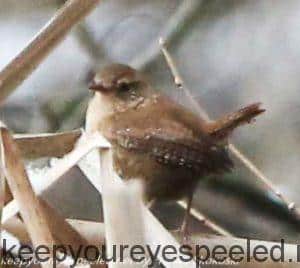 I counted about three dozen. Once again they flew off when I approached.

There is little color in the woodlands this time of year. these blackberry brambles provided some with their purplish stalks. 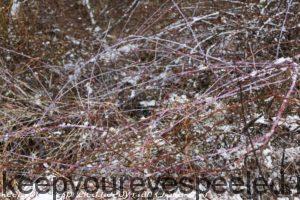 Perched on  a tree along the trail i found this beautiful mocking bird. These are one of my favorite birds. I love their song in the Spring. 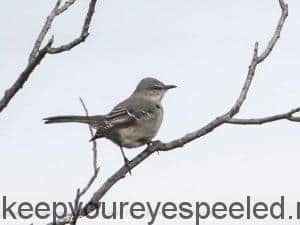 When I came to the far end of the lake I discovered where the large flock of Canada geese were spending their day.

In the nearby corn fields feeding on the remains of last years harvest. They also flew off as I approached.

On my walk back to my car in the wetlands I saw something fly overhead. I looked up to see a bald eagle flying off into the distance. Once again I was disappointed in missing my opportunity to photograph on of these majestic birds.However, as I neared the other end of the lake I saw something perched atop a large tree. 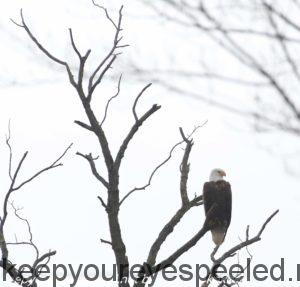 At first I wasn’t sure, but as I approached I could see it was our National symbol a bald eagle!. 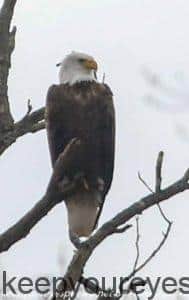 I have seen many of them these past few years here at the wetlands. Still, seeing a bald eagle in the wild fills me with awe and respect for this beautiful creature. Unfortunately it also saw me, and flew off as I approached. 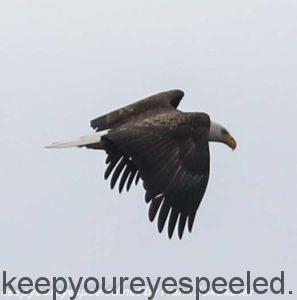 My trip to the wetlands was now complete having seen the eagle, however i was treated to another wildlife sighting when i saw this muskrat or beaver, I am not sure which, swimming in the waters of the lake. 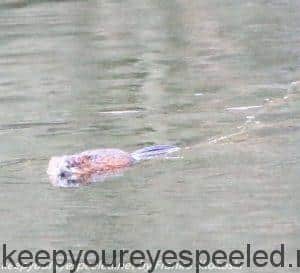 The skies were overcast as i made my way back along the lake. I had  walked four miles, and had one more mile to walk  to finish my hike when I saw this hawk perched in a tree. i am not sure of the species but it was another good sighting.  Even in the middle of Winter there is so much to see in the outdoors, if you walk slow and keep your eyes peeled. Here is a link to a gallery with more photographs from my hike in the wetlands and riverlands. PPL Wetlands Hike February 9 2020. 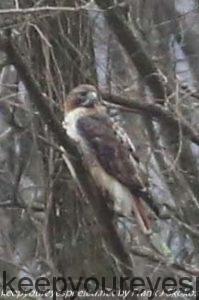 “And from Humming-Bird to Eagle, the daily existence of every bird is a remote and bewitching mystery”. ~Thomas Wentworth Higginson 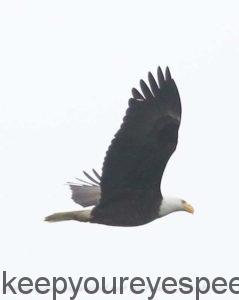