Africa Day 4: The Kigali Genocide Memorial: The Horror That Was Rwanda. When Will We Ever Learn.

November 12, 2016 / fskokoski@gmail.com / Comments Off on Africa Day 4: The Kigali Genocide Memorial: The Horror That Was Rwanda. When Will We Ever Learn.

Africa Day 4: The Kigali Genocide Memorial: The Horror That Was Rwanda. When Will We Ever Learn. 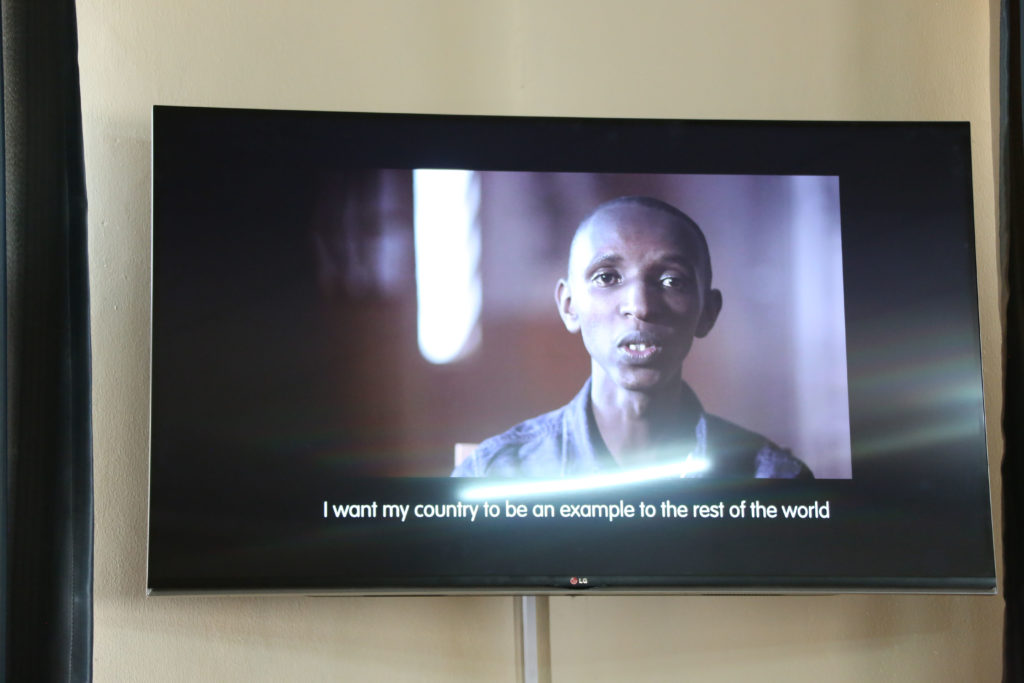 I can’t believe it’s been over three  week since I returned from my trip to Africa. Time goes so fast as it is , and the pressures and commitments of our busy life here in the industrialized world, makes it go even faster. We are here for such a short time. I have had little time to work on editing my photos or working on my blog since I’m back and looked forward to recalling the many marvelous things I saw, heard, smelled and felt. Today however  my blog post will be much more somber and reflective. In Kigali I had the opportunity to visit the Genocide Memorial Museum. I wish I had more time to devote to my many observations and thoughts I have on this moving experiences. 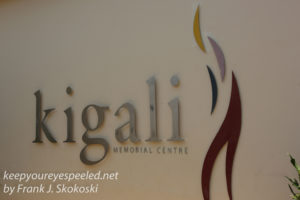 On the way to the museum we were driven through the winding and hilly streets of Kigali. 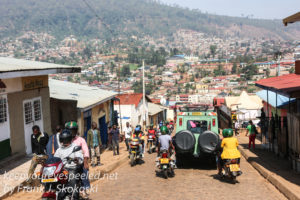 It is hard to imagine, observing the multitudes of people, walking, driving and bicycling as they went about their daily activities, that these very streets ran red with blood as neighbor killed neighbor only 22 years ago. 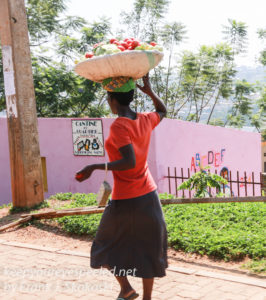 Our guide gave us an insightful history of how and way this tragedy occurred. The history is complicated, but my take is that it had its  inception   in  colonialism and how we, in the “modern” and “educated”  world of Western Civilization viewed our African brothers.  Distinctions based upon meaningless physical characteristics were made and one group, the minority Tutsis  were favored because they were taller, thinner and more “European” looking. .  The Christian church, of course was involved, as it has been in many areas of slaughter I have seen on my travels around the world. (I say this not to condemn my heritage or religion, but to point out that there is evil in all religions, cultures, races and nations. And there is also far more good. We must not let the actions of a few prevent us from seeing the good in the many.  But hatred has a way of spreading that sometimes is unstoppable, and so it was in Rwanda.) 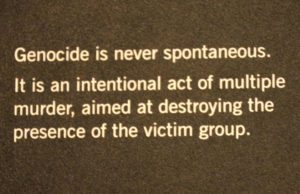 We arrived early at the Memorial and,  after a brief introduction, we were left to explore the well maintained  grounds and graveyards outside  and the many exhibits indoors. It was a very moving and emotional experience for all of us. Here is a link to some  photographs of our drive to the Memorial. https://keepyoureyespeeled.net/africa-october-2016/nggallery/africa-october-2016/Kigali,-Rwanda-morning-Drive-October-12,-2016- 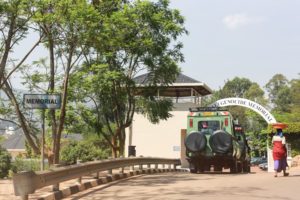 I decided to first tour the grounds outside of the Memorial exhibits and walked through well maintained gardens until I came upon the mass graves, over 250,000 of them, murdered, most in unimaginable ways, only because of their ancestry.  And, as the exhibits inside would show,  many were murdered by neighbors, whose families lived, and children played together for many years. 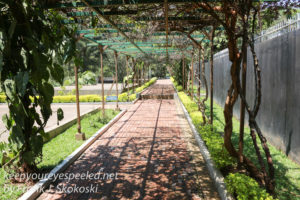 It was a very troubling, and thought provoking, experience. How could it happen? How can such base hatred be stirred in the human soul? . Could it happen again? 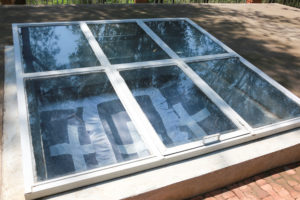 After spending some time at the mass graves I roamed through the many beautiful and peaceful gardens, each having different themes designed to allow reflection on the events that lead up to, and followed the genocide. 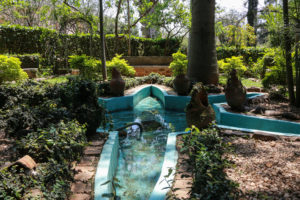 There were the gardens of Unity, Division and Reconciliation , each containing many  statues and landscaping symbolizing the feelings of the Rwandans throughout this horrible ordeal, but, to their credit, they have put behind them and have embraced a unity which we can all look to as an example how love and understanding can overcome revenge and hate. 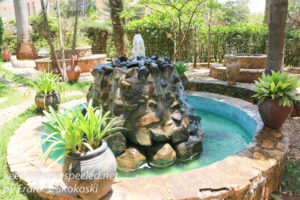 There were other gardens with themes about memory, life, national  unity  and self protection.All of them well maintained and allowing one to ponder and reflect on the horrible events that occurred here. 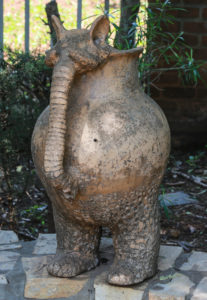 I found the forest of memory,  a section of the Memorial planted with trees in memory of the departed, to be especially beautiful.  I wish I had more time to spend in these peaceful gardens but I also wanted to see the exhibits inside.  Here is a link to some more photographs of the gardens of the Memorial.https://keepyoureyespeeled.net/africa-october-2016/nggallery/africa-october-2016/Africa-Kigali-Genocide-Memorial-grounds-October-12-2016 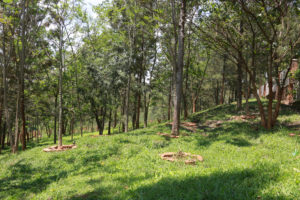 Once inside the Memorial, we were reminded not only of the horrors of the genocide that occurred in Rwanda but also other genocides that have taken place in our modern times. 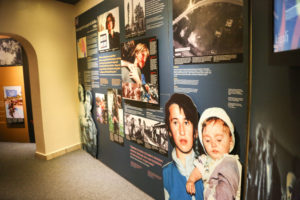 I was, unfortunately, too familiar with all of them, except one that was the first to occur in the 20th century, the Namibian Genocide.  As  with most of this horrible events, it was motivated by greed and racial hatred. 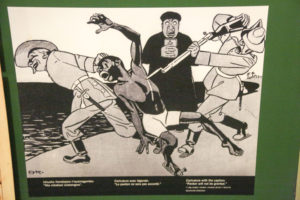 The exhibits showed the horrors of the genocides that occurred  in Europe, Cambodia, Armenia and other places during this past century. So hard to understand why, with all the beauty that surrounds us, entire nations are driven to hate a race, religion or culture. 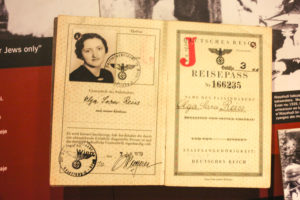 I wish I could have spent more time in the exhibits, but as always, time is limited. I spent a little more time learning about the genocide in Rwanda and moved on to the children’s exhibit. 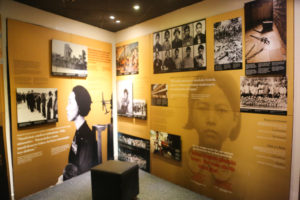 This exhibit was the most emotional and  heartbreaking presentation in the Memorial. It displayed photographs of some of the multitude of children who were murdered. 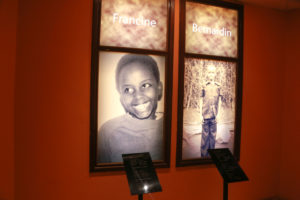 And provided information about their lives, loves and,  most tragically, the way they died. 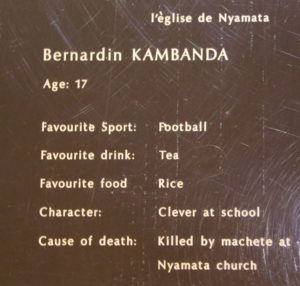 “Shot in the eye”, “killed with a machete” “beaten to death” were just some of the horrible way these innocent children died.  And where was the world? So sad. 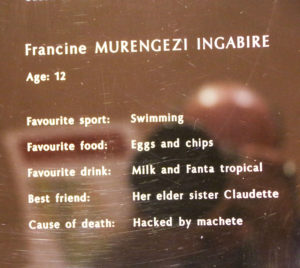 It was so difficult to read all of these stories and not sense the horrors that occurred, in the modern world, with all of our mass communication networks, only twenty years ago. Here is a link to some more  moving photographs of the children’s exhibit at the Memorial. https://keepyoureyespeeled.net/africa-october-2016/nggallery/africa-october-2016/Africa-Kigali-Genocide-Memorial-children-exhibit-October-12-2016 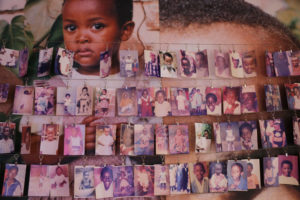 After leaving the children’s exhibit I watched a  movie, narrated by victims of the genocide, who lost friends and family and showed how quickly neighbor turned on neighbor. 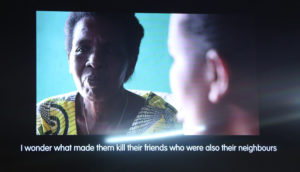 But it also showed how the victims found peace in forgiveness and how the nation came together again after this unimaginable nightmare that left over a million dead. I have posted photos of the video and they are worth having a look at, for their message of despair, sadness and eventually reconciliation and hope. 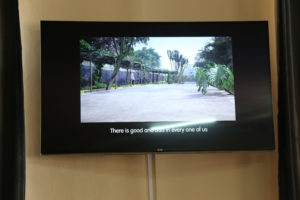 It was comforting to find,  in these rooms filled with the horrors of the genocide,  some rays of hope. So many victims forgave their murders.This is an example of the path, all of us, who share this small blue planet, in this brief moment of time we have been blessed with, should take when  confronted with evil, forgiveness and healing. Of course we must confront and end it, but continuing the hate will never leave to healing. And I think they learned this in Rwanda. It is a lesson we should all learn. 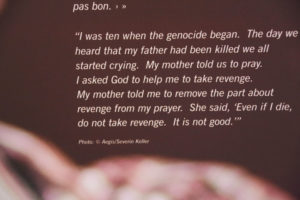 We must  all keep  ever vigilant of any person, organization or government  which tries to  divide people by race, culture, ethnicity or religion. It will only lead to darkness.  We must, as varied and different as we all are, look for the things that we have in common and learn to live together in peace during the short span of year we are allotted on this Earth. Here is a link to some more photographs from my visit to the Genocide Memorial in Kigali. https://keepyoureyespeeled.net/africa-october-2016/nggallery/africa-october-2016/Africa-Rwanda-Kigali-Genocide-Memorial-October-12-2016 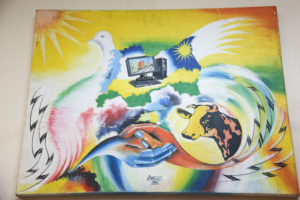 And this is a link to the wonderful organization that manages and maintains this very moving and informative Memorial.   Please visit their website it provides so much more information about the genocide. We must never forget these horrible events so they never again occur again.  . http://www.kgm.rw/donate-to-kgm/support-remembrance/?inf_contact_key=e93e535445cd18431a3442e38d14ca4b8aad0a61f6d1cea2bd5544ddc758616e 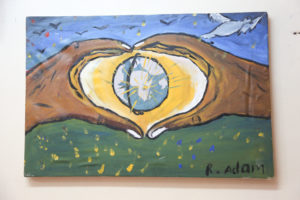 “There are many causes I would die for. There is not a single cause I would kill for.”
― Mahatma Gandhi 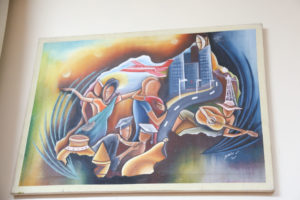 “An eye for an eye will only make the whole world blind.” 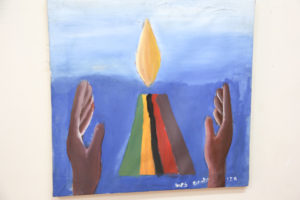