First Day Of Summer At The PPL Wetlands

June 22, 2020 / fskokoski@gmail.com / Comments Off on First Day Of Summer At The PPL Wetlands

First Day Of Summer At The PPL Wetlands 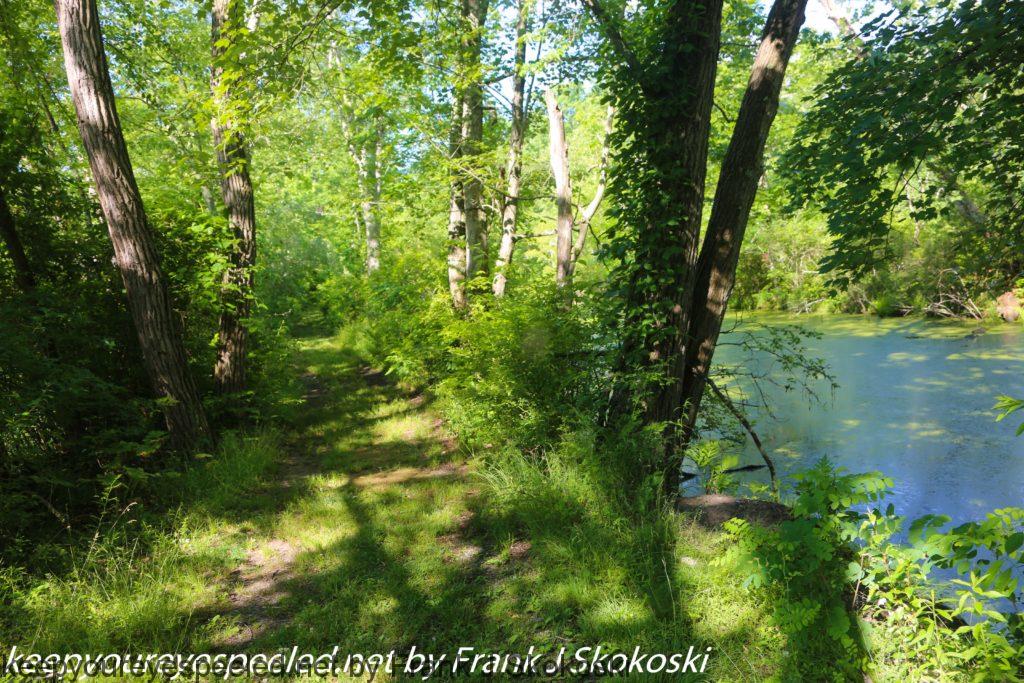 It seems like yesterday when the first skunk cabbage shoots pushed through the snow and the  first robins arrived at the PPL Wetlands.  Spring went so fast.  The first day of  Summer arrived this weekend.  I returned to the wetlands and river lands in Salem Township, Luzerne  County on Sunday, the first full day of Summer, and found the trees and plants in woodlands have reached the peak of their annual growth.

Everything was green, including the once clear ponds and canals of the wetlands. The waters are now covered in a carpet of green duck weed. These smallest flowering plants provide food for much of the wildlife that reside in the wetlands. I have seen wood ducks, Canada geese, goldfinches and muskrats feed on this tiny plant. 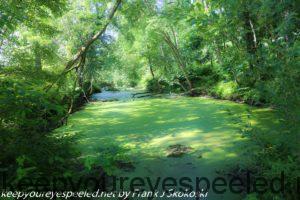 As I walked through the lush green woodlands I again smelled the heavenly scent of the honeysuckle flowers which have bloomed for the second time this season.  There is no better experience than to walk in the woods with their exotic aroma in the air. 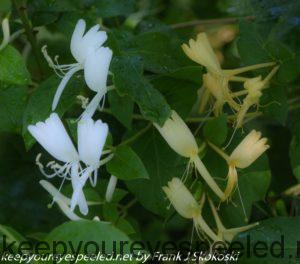 The progression of plant growth continued. The common mullein plants  have grown  and would soon be sending forth their flower spikes. 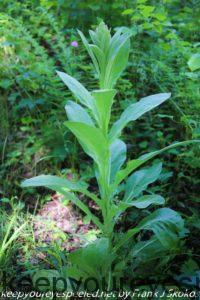 The milkweed also had clusters of soon to be flowers. Both of these plants will  attract bees, wasp and butterflies as the summer advances. 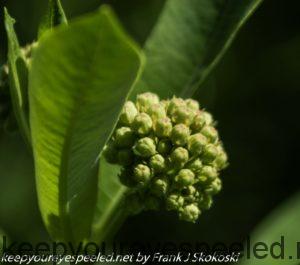 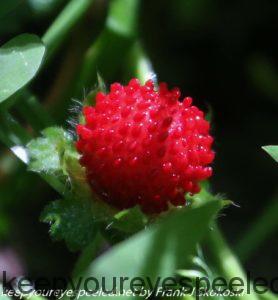 So many plants were producing seeds, flowers and fruits now including the staghorn sumac. 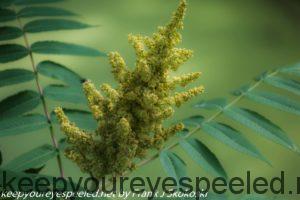 I had hoped to see at least one of the two wood duck families  that live in the wetlands. When I approached the area where they nest I heard them scurrying away into the weeds along the canal. However I saw this family of muskrats enjoying the duck weed. 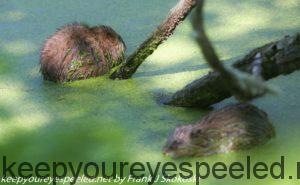 They were so preoccupied with   filling their bellies  that I was able to get pretty close before they saw me and dived under the green waters. 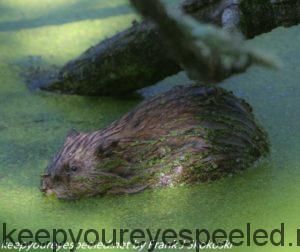 As I continued my walk I saw this whitetail deer watching me from the distance. It fled into the woods as I approached. 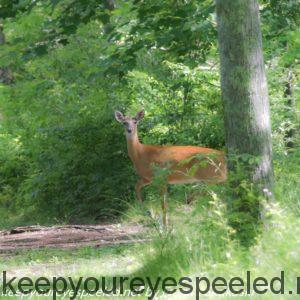 Also scurrying along the trail were a number of chipmunks. Their loud “chipping’  could be heard throughout my five mile hike. 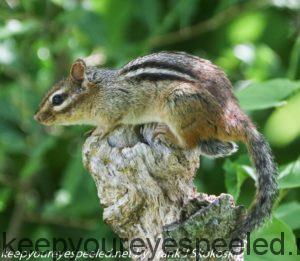 I heard a number of birds singing in the trees  as I walked  through the wetlands. However,  the now thick leaf cover allowed them to stay hidden and difficult to photograph.  Only the catbirds, 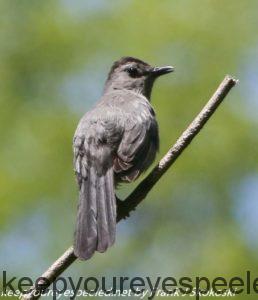 and red-winged blackbirds  flew about openly in the lower branches of the trees and near the ground. 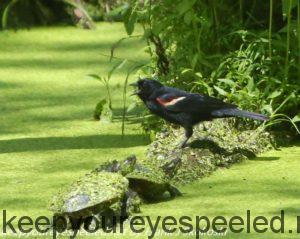 I also saw the great blue heron wading in the duck weed covered waters of the wetlands. 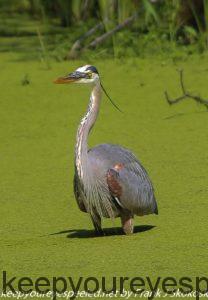 It was searching for a small fish, turtle or frog  until I interrupted its search and it flew off for quieter hunting grounds. 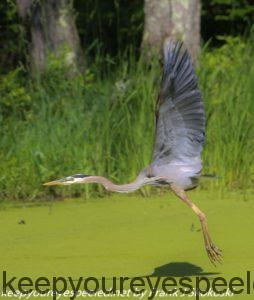 My hike  once again took me out of the wetlands area of the nature and into the river lands and Lake Took-A-While.  Cumulus clouds were now forming as the intense June sun on the first day of summer  warmed the temperatures into the mid 80’s. 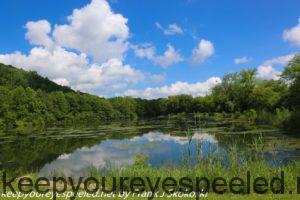 Along the lake there were a lot more dragonflies  darting about, with some resting on the plants growing along the shore. 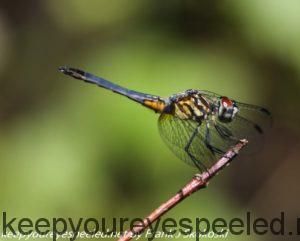 Every day now,  more of these ancient insects,  that roamed the swamps of Pennsylvania before the dinosaurs, will continue to appear. 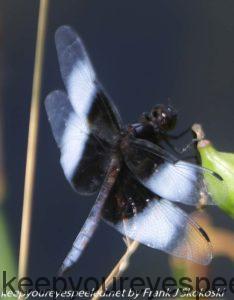 I love the varied colors of the many different species that live in the wetlands. 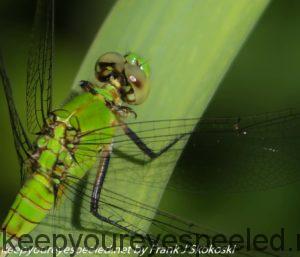 Continuing my walk I found a family of Canada geese along the lake.  The once tiny goslings are now almost a big as their parents. Time goes so quickly in the Spring and Summer. 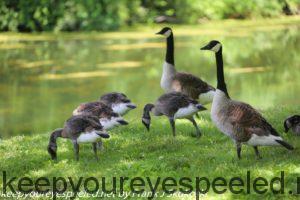 After walking to the end of the lake I decided to begin my return hike. Along the way I saw the red squirrel scurrying in the trees in the mid-day heat. 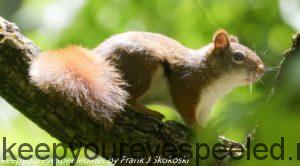 And this flycatcher looking for an insect to get to close and become a lunchtime snack. 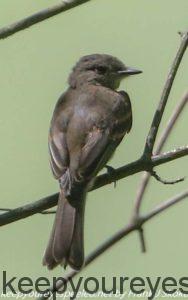 The dozens of turtles that basked in the Spring sun were gone now. The waters of the wetlands have warmed up and they don’t need the  rays of sun to  raise their cold blood and body temperature. Still there were a few  resting on a log or rock. 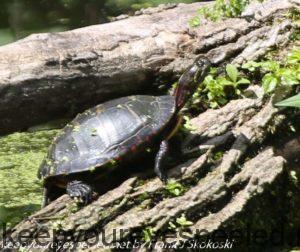 I also heard quite a few frogs hopping into the ponds and canals  as I walked past and was able to photograph this one before it jumped into the warm waters.

As I was ending my hike and near my car heard this Carolina wren singing its little heart out on a tree branch. It was a nice way to ned my hike on the first day of summer. 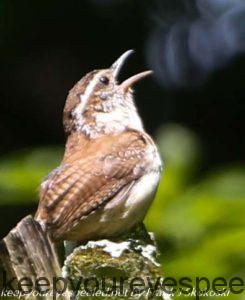 Spring and Summer are my favorite seasons. So much like in  my home here in Northeastern Pennsylvania and especially in the PPL Wetlands. It’s like the Everglades of  Luzerne County. But these seasons pass much to quickly anymore. So I will try and take in as much ot the beauty that surrounds us this time of year as I can. Here is a link to a gallery with more photographs from my hike on the first day of summer. PPL Wetlands hike June 21 2020. 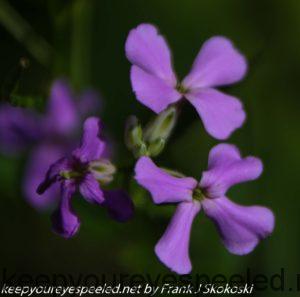 “And so with the sunshine and the great bursts of leaves growing on the trees, just as things grow in fast movies, I had that familiar conviction that life was beginning over again with the summer” . ~F. Scott Fitzgerald 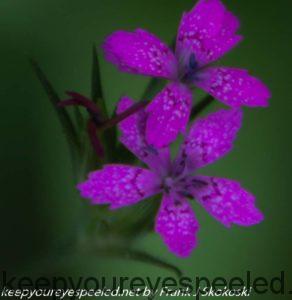