It’s Still Fall; But More Like Winter At the PPL Wetlands.

December 17, 2017 / fskokoski@gmail.com / Comments Off on It’s Still Fall; But More Like Winter At the PPL Wetlands.

It’s Still Fall; But More Like Winter At the PPL Wetlands. 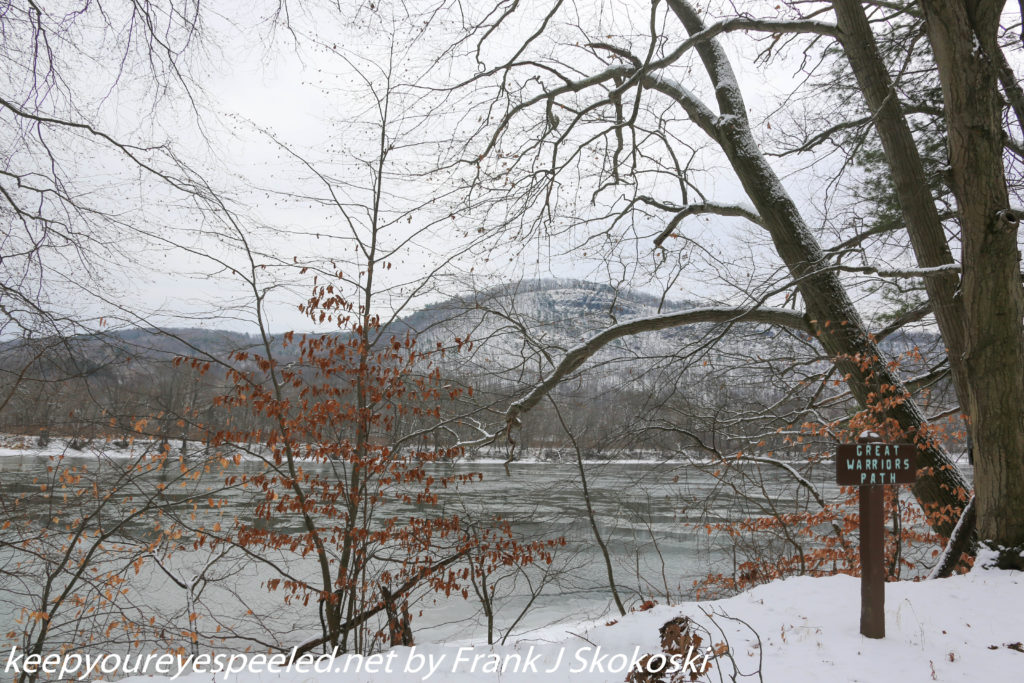 The sun, here in the Northern Hemisphere, is still four days away from it’s  farthest position south  on the  horizon.  Which, of course, means the beginning of Winter. Here in Northeastern Pennsylvania   11:28 a.m Thursday December 21 to be exact. 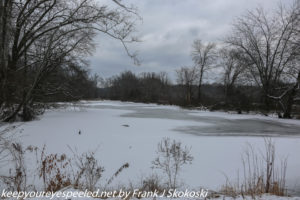 The past few years our  weather has been unusually mild in December. This year, however, it has been colder with temperatures plummeting into the single digits this past week and we had  a few inches of snow. Which made for an early  Winter walk at the PPL Wetlands yesterday. 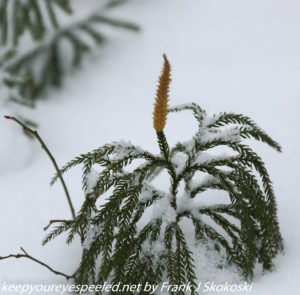 The waters of the canals and ponds in the wetlands are no longer covered in green  duckweed . They are now completely covered in ice and snow. 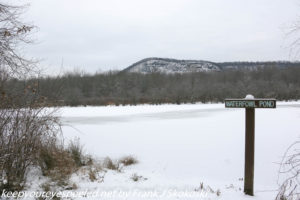 Last week, despite the cold, I was able to see a variety of bird species on my hike. But not a single mammal. This time I was greeted by this female white tailed deer just as I began my walk. 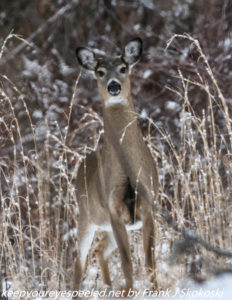 And it was one of the last mammals I saw on my hike. As I walked through my usual paths along the canals and ponds there was not much wildlife activity. 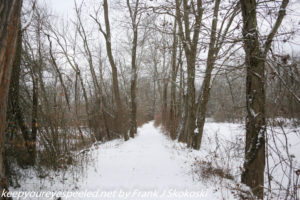 I did come across a few downy or hairy woodpeckers feeding on the berries of the poison ivy vines. It is remarkable how a plant that is so harmful and useless to  humans provides food for the wildlife in Winter. 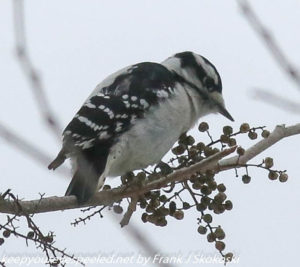 I also saw this male cardinal, another year long resident here at the wetlands. 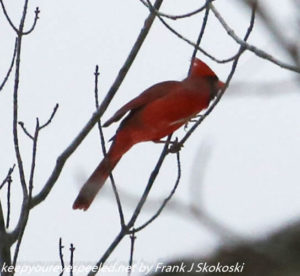 As I walked toward the river lands area of the park I did not see any of the usually plentiful chipmunks. And the few squirrels I saw were very secretive and scurried quickly through the trees. I did start to see some of our birds that remain for the winter such as this bluejay, 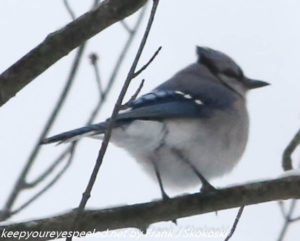 and I believe this was a black-capped chickadee. 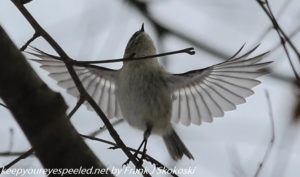 I walked into the riverlands and found that Lake Took-A-While  was also  now frozen over  and snow covered. And a source of food for  blue herons, ducks, geese, cormorants and kingfishers that live here in the summer was gone. 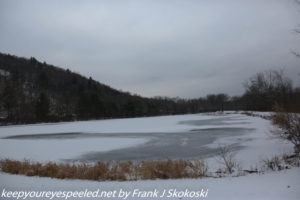 Most of these birds had migrated south but I still saw a few flocks of geese flying overhead, probably from the open waters of the nearby Susquehanna River. 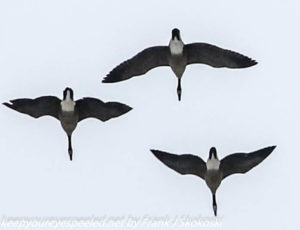 But this too may soon be frozen,  as I saw ice already forming on the river. 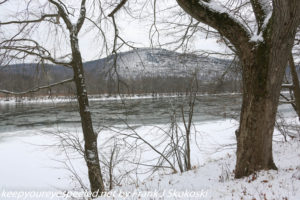 I walked back to the wetlands and saw a few more birds on the ways, including a flock of titmice, 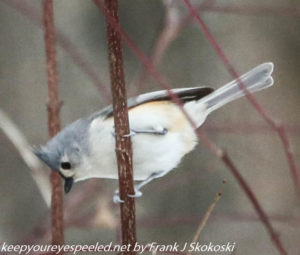 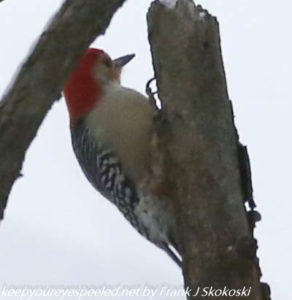 and this flicker. Here is a link to some more photographs of the birds I saw on my walk. PPL Wetlands birds December 16 2017. 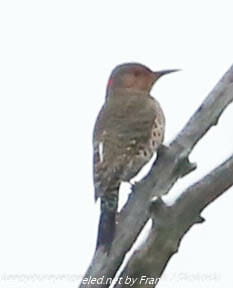 I didn’t find anything interesting or unusual on this hike, as I often do in the Spring and Summer, but it was still nice to get out and see the Winter wonderland of the PPL wetlands and riverlands. Here is a link to some more photographs from my hike PPL Wetlands December 16 2017. 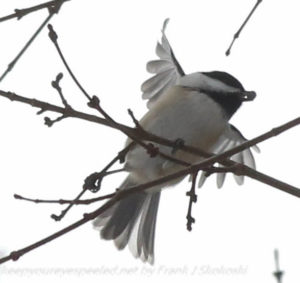 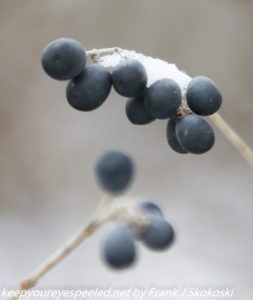